One man’s rise from ‘Dr. Unqualified’ to surgeon-in-chief 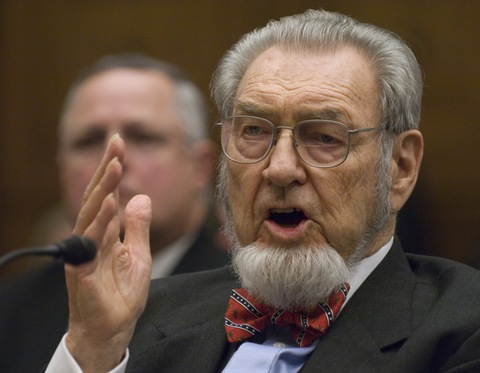 In a monthly column for PBS NewsHour, Dr. Howard Markel revisits moments that changed the course of modern health and medicine on their anniversaries, like the confirmation of C. Everett Koop as surgeon general on Nov. 16, 1981. Photo by AFP/Getty Images

Although the physician and surgeon had never served in a public office before assuming this role, Dr. Koop’s character, forthright determination to serve the health needs of all Americans, and his stern, bearded visage helped make him the most influential and powerful surgeon general in American history. By the time he stepped down from his office in 1989, Koop was a household name. 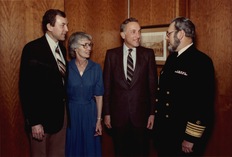 Dr. C. Everett Koop on the day of his confirmation as Surgeon General. Photo courtesy of Wikimedia Commons.

It was a term filled with many public health triumphs. For example, Dr. Koop took strong stands on the dangers of tobacco and smoking.

He also was the nation’s most visible health official during the early years of the AIDS pandemic.

Finally, despite his strong religious, moral and philosophical opposition to abortion, Dr. Koop refused to allow the office of the Surgeon General get drawn into the cultural wars of pro-choice/pro-life politics.

His work won supporters among those who opposed his nomination, specifically, the pro-choice movement and the gay community and, in turn, made enemies out of those in the tobacco industry, the conservative politicians who represented tobacco-growing states, the religious right, and members of the pro-life movement.

With his bushy white-gray beard (sans mustache), a 6 foot, 1 inch erect frame and the blue-black, gold festooned uniform of a vice admiral in the United States Public Health Service, Dr. Koop was a major leader in getting Americans to “kick the habit” of cigarette smoking — one of the leading killers of people around the globe, both then and today. Thirty three percent of all Americans smoked when he took office and that number fell to 26 percent by the time he returned to private life.

Moreover, by 1987 there were 40 states in the union that had completely banned smoking in public places; 33 had banned it on public transportation; and 17 had prohibited it in the workplace. His term witnessed the passage of over 800 local anti-smoking laws and the federal government banned the practice in 6,800 federal buildings.

The NewsHour’s Jim Lehrer interviewed Koop in 1989 on the anniversary of the first surgeon general’s report on smoking. You can view that video here:

More than any other federal official at the time, Dr. Koop immediately understood the import of the early reports of acquired immunodeficiency syndrome, or AIDS, that were appearing among gay men living in San Francisco, Los Angeles and New York during the early 1980s, as well as intravenous drug users, sex workers, hemophiliacs, and Haitians.

Although he later lamented that he was not able to interest either President Reagan or his successor, George H.W. Bush in making health in general and AIDS in particular a major emphasis of their administrations, Dr. Koop served as a superb role model for physicians and health professionals around the nation to become involved in the battle against AIDS, especially after its etiologic cause, the Human Immunodeficiency Virus, or HIV, was discovered and a blood test to detect it was developed.

He insisted on public health programs that taught adults and youngsters on the precise ways one contracted HIV and methods of safer sexual activity to lower one’s risk, no matter how uncomfortable these messages may have been to the majority of Americans at the time. He also helped oversee a major effort at improving the nation’s blood banks so that virus-tainted blood products were quickly removed from the blood donor pool. 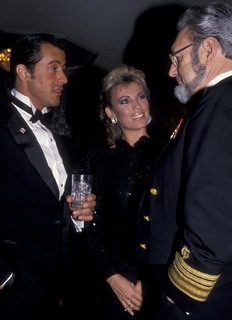 Before he became Surgeon General, Dr. Koop was a prominent pediatric surgeon at the University of Pennsylvania. A graduate of Dartmouth College and the Cornell University Medical School, he specialized in correcting severe congenital birth defects, such as esophageal atresia (the incomplete formation of the esophagus, which is the tube that delivers food into the stomach).

In the years before his surgeon generalship, Dr. Koop was a well-known and fervent anti-abortion activist, who collaborated with Francis Schaeffer, a Christian evangelical pastor well known for his anti-abortion views. Koop was also a strong supporter of the rights of infants with severe birth defects to receive life-saving medical care. In the early 1980s, there was great debate over whether such infants should be allowed to die without extraordinary efforts to save their lives, especially when most of the medical and surgical interventions available were not yet as miraculous as they are today. At the time, Dr. Koop insisted that the medical and legal system had an absolute duty to protect all citizens, regardless of age, against neglect or discrimination — even if that went against parental wishes.

It was these associations that garnered the most angry comments directed at him during his confirmation process, a vitriolic set of events led by the powerful senator from Massachusetts, Edward M. Kennedy, who claimed that Koop’s beliefs indicated a “cruel, outdated and patronizing stereotype of women.” The New York Times castigated him as “Dr. Unqualified.”

Still, it was Dr. Koop’s unimpeachable integrity that both won the day in terms of his being confirmed as surgeon general and during his entire term in office. As he told his wife, Elizabeth, while traveling to Washington to testify at his confirmation hearing: “If I ever have to say anything I don’t believe or shouldn’t be said, we’ll go home.” His detractors had little to worry about, regardless of Dr. Koop’s religious or moral views; to the end, he served as physician, not as an activist, and stuck to the medical facts for guidance.

Dr. Koop was a stellar physician, a superb advocate for the nation’s health, and a role model for those who care for patients as well as those seeking out healthy lives. His death, at 96, on February 24, 2013 made the front pages of virtually every newspaper in the country and evoked sympathy among every American whose lives he so valiantly improved.

Even the New York Times, which initially opposed Dr. Koop’s confirmation in 1981, admitted its errors in judging the doctor too quickly and too harshly. A 1989 editorial opined: “Throughout he has put medical integrity above personal value judgments and has been, indeed, the nation’s First Doctor.”

It took the editorialists eight years to do it, but they finally got the story right.