After Raven Mosser gave birth six years ago, she woke up to a social worker in her hospital room. Her newborn son had been born exposed to opioids — drugs she had been abusing for years. If she didn’t get clean, she was at risk of losing him.

Mosser, 26, is one face of the nation’s opioid crisis. But the epidemic is also touching a much younger set of victims: children whose parents have substance abuse problems, who are increasingly being shuttled through the foster care system, unable to stay at home even as their parents struggle to get clean.

Data from the U.S. Department of Health and Human Services show that from October 2012 to September 2015, as addiction surged, the number of kids entering the foster system rose 8 percent. In recent years, experts suggest, the number has continued to climb, though data aren’t yet available to track that increase.

Even before this epidemic, social systems struggled to meet demand. Now, the swell of kids needing care is putting new pressure on a network already stretched to capacity — both financially and in its ability to find homes and families that can take in displaced children.

“This a replay of what we saw with the meth crisis. … We’re seeing huge rates of children going into a system with limited capacity,” said Christine Grella, a professor of psychiatry and biobehavioral sciences at the University of California-Los Angeles, who has researched whether and how drug treatment can be used to reunite mothers and children.

The opioid crisis has taken a hefty toll across age and class groups, but researchers note it has fueled a particularly steep heroin surge among people ages 18 to 25 and among women, the precise demographic of young parents like Mosser. Their addictions can designate them as unfit parents.

In Mosser’s home state of Kentucky, the number of children in foster care rose from 6,000 in 2012 to 8,000 in 2015, with about a third of them entering the system because of their parents’ substance abuse, according to data kept by KVC Kentucky, a behavioral health and child welfare organization in Lexington.

The problem has led states to invest in new approaches, linking drug treatment with efforts to keep families together — a bid to tackle both substance abuse problems and reduce the burden on other parts of the safety net.

Kentucky was a pioneer, starting in 2007, when opioid addiction first emerged as a public health concern. The program, called “Sobriety Treatment and Recovery Teams” — or START — emphasizes a wraparound approach for at-risk parents that includes frequent home visits, vouchers for child care and transportation and mentorship from people in recovery. 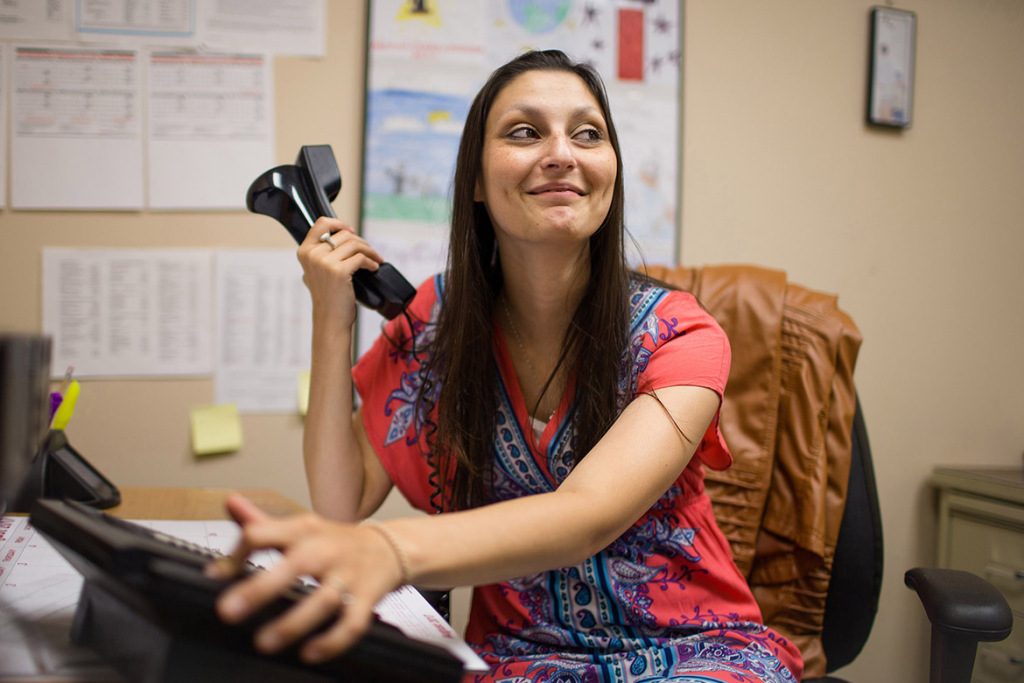 Raven Mosser, who is training to be a family recovery mentor for the Sobriety Treatment and Recovery Teams (START) program, calls her supervisor on July 14, 2017, at the Boyd County Protection and Permanency office in Ashland, Ky. Mosser, a former opioid user, is now in long-term recovery. Photo by Sholten Singer/Kaiser Health News

It’s hardly cheap, but the strategy is believed to save money by reducing spending on, for instance, emergency medical treatment for parents with addiction, or on moving kids through the system. Other states are trying similar approaches — Ohio is launching a program this fall explicitly modeled after Kentucky, armed with $3.5 million from the state attorney general.

Initiatives are underway in Indiana and North Carolina, too. But even as demand increases, funding is precarious, since these efforts are heavily financed by Medicaid, the federal-state insurance plan for low-income people, and whose budget congressional Republicans hope to trim.

“For our first five years — for every one case we took, we had to turn away two,” said Tina Willauer, who directed Kentucky’s program until this past July.

Under the Kentucky model, when child protection specialists learn a child is at risk, authorities specifically assess whether substance abuse could be a factor. If so, the parent is fast-tracked into treatment and assigned a “recovery team,” which coordinates among agencies such as children’s aid, mental health, social services and recovery mentors.

This sort of interagency collaboration is heralded by public health experts as a natural, effective response, and a way states can achieve the most bang for their buck.

“We all know that’s the way to go,” Grella said.

But it’s a heavy lift for states to tackle these issues.

For one thing, keeping parents clean means ensuring they see an addiction specialist, or go to rehab or a recovery group. Those are all relative rarities in the small, rural areas where opioid addiction rates are relatively high.

Finding recovery coaches, those relatable faces whom patients like Mosser found invaluable, is also tricky, since it means recruiting and training people with histories of addiction but who are stable in their recovery.

For Mosser, that intervention — timed at a moment when she was ready to get help — has been transformative.

“They never gave up. A lot of times in the past … people would throw in the towel, and say this person isn’t going to get clean,” recalled Mosser, who enrolled in the program after her son’s birth. 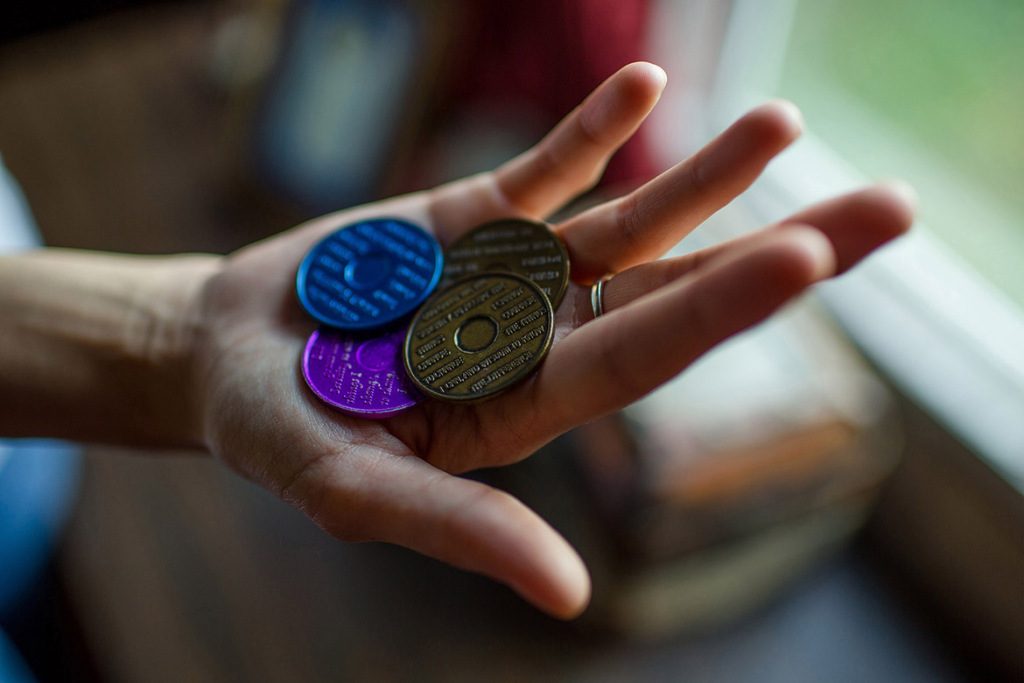 Not to say it was easy. Even after entering START, Mosser relapsed, and cycled in and out of treatment. She ended up temporarily losing custody of her children, who were sent to live with her mother. She was “completely broken,” she said.

Today, the mother of four is sober and has been parenting her children at home the past two years.

It’s hardly easy, she said. There’s the challenge, financially, of making ends meet. And she still experiences days when her patience with her children wears thin.

But she can see progress. Mosser now lives in nearby Pedro, Ohio, and is training to be a START mentor in Ashland. Her son just had a birthday.

Left: Raven Mosser, 26, holds her youngest daughter as she watches her three other children play at their Pedro, Ohio, home on July 16, 2017. Mosser, a former opioid user, credits her success in staying sober to the Sobriety Treatment and Recovery Teams (START) program. Photo by Sholten Singer/Kaiser Health News