Millions of healthy women undergo routine pelvic exams every year, but on Tuesday a panel of physicians and other medical experts cast doubt on this longstanding pillar of women’s preventive health care.

The US Preventive Services Task Force, which advises the federal government on preventive care, concluded that there is not enough evidence to recommend the procedure for healthy women. Studies have not shown that pelvic exams decrease a woman’s chance of developing illnesses such as ovarian cancer or of dying prematurely, the task force said.

Its conclusion applies only to women who are not pregnant and who do not have pelvic symptoms, such as pain or unusual bleeding.
Doctors who perform routine pelvic exams have vigorously defended their worth against previous criticism, but on Tuesday their organization, the American College of Obstetricians and Gynecologists, backed away from that firm stance, acknowledging there is little to no evidence that the exam benefits asymptomatic women.

The task force finding is the latest reminder that many seemingly sensible procedures have little basis in science and fewer clear benefits than once thought. In recent years, procedures such as screening mammograms and PSA tests for prostate cancer, and even annual physicals, have turned out to be of questionable benefit.

Its conclusion applies only to women who are not pregnant and who do not have pelvic symptoms, such as pain or unusual bleeding. It gave the pelvic exam a grade of “I,” for “indeterminate,” meaning “we don’t have enough evidence to determine the benefits and harms,” said task force member Dr. Maureen Phipps, professor of obstetrics and gynecology at the Warren Alpert Medical School of Brown University and chief of OB-GYN at Women & Infants Hospital of Rhode Island.

The recommendation is unrelated to screening for cervical cancer, which the task force highly recommends. But that can be done without a pelvic exam, an internal and external inspection by sight and touch. 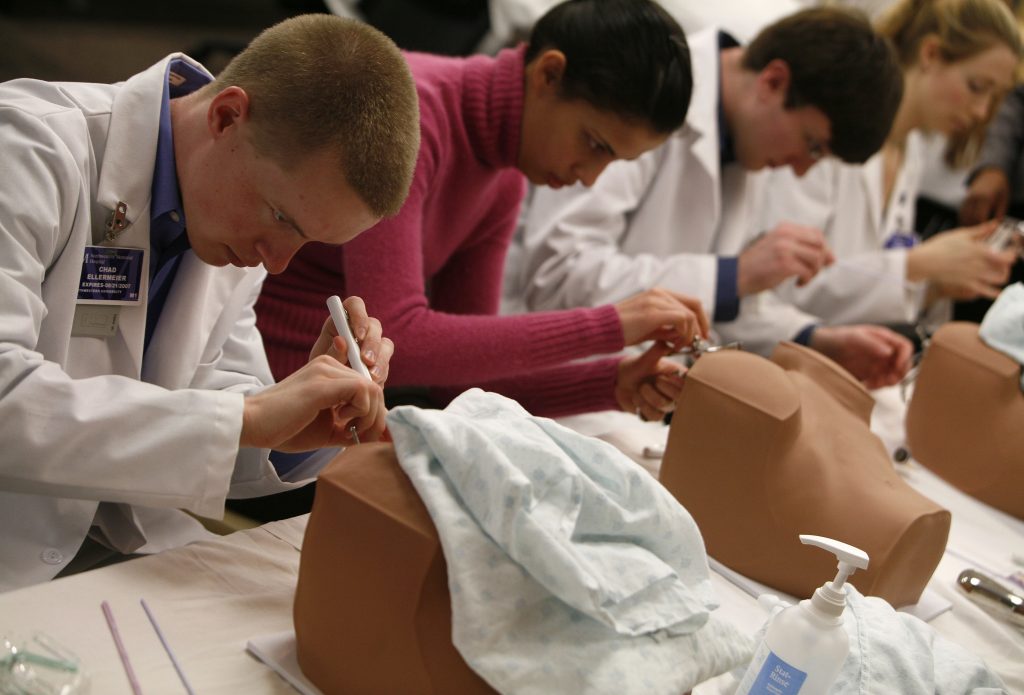 In 2014, the American College of Physicians, which represents internists, reached a similar conclusion, finding that routine pelvic exams have not been shown to benefit asymptomatic women. The procedure rarely detects hidden disease and does not reduce mortality, the group concluded from decades of studies.

There are two main reasons pelvic exams are of questionable value: their minimal benefits and their potential to cause harm.
Obstetricians and gynecologists disputed the internists’ position; ACOG currently endorses annual pelvic exams for women 21 and older. But it is reviewing the task force’s draft recommendation, said ACOG president Dr. Thomas Gellhaus. His group’s current recommendation “is based on expert opinion” rather than rigorous scientific evidence, he said, and the “limitations” of pelvic exams “should be recognized.”

ACOG also acknowledges that “data do not support the necessity” of a pelvic exam before a woman starts oral contraceptives or to screen for sexually transmitted diseases such as chlamydia or gonorrhea. Those can be detected by urine samples or vaginal swabs.

There are two main reasons pelvic exams are of questionable value: their minimal benefits and their potential to cause harm.

When an exam finds no sign of ovarian cancer, for instance, there is a chance the woman actually has it…
Pelvic exams can find endometriosis, ovarian cysts, uterine fibroids, warts, herpes, pelvic inflammatory disease, and cervical polyps. But research has not shown that detecting and treating these before they produce symptoms is better than waiting for early symptoms to appear, said Dr. Amir Qaseem, vice president for clinical policy at the American College of Physicians. “You want to find things before they cause symptoms only if you have treatments that will keep full-blown symptoms from appearing,” he said. “We don’t have those for the conditions pelvic exams find.”

The exams can also cause harm (in addition to discomfort, for some women), said Phipps. Their rate of “false positives” — finding an apparent problem that isn’t there — ranges up to 46 percent. For instance, when a pelvic exam “detects” ovarian cancer, the chance that the woman actually has that often-fatal disease is 0 percent to 3.6 percent. But a woman given that frightening news, or the less dire news that she has a less serious condition such as ovarian cysts or fibroids, will typically undergo additional, sometimes risky, tests, including biopsies and even surgery for something that might never have affected her.

Pelvic exams can also give false reassurance. When an exam finds no sign of ovarian cancer, for instance, there is a chance the woman actually has it, according to studies reviewed by the task force. Such “false negatives” can cause a woman to ignore early symptoms of a potentially deadly disease, Phipps said.

An estimated 76 percent of preventive care visits to OB-GYNs include a pelvic exam, and US physicians performed 62.8 million of them in 2010, the last year for which the task force had data. Insurers typically reimburse doctors about $35 for them.

ACOG says its current position is not dictated by financial considerations. But if women opt out of pelvic exams, many might visit a gynecologist less often. And if gynecologists do not bill for a pelvic exam and the follow-up it often triggers, their incomes would decline.

This article is reproduced with permission from STAT. It was first published on June 28, 2016. Find the original story here. The story was updated June 30, 2016 to clarify statements made by Maureen Phipps about the implications of false positive rates among pelvic exams.