WASHINGTON — Defying U.S. safety protections for human trials, an American university and a group of wealthy libertarians, including a prominent Donald Trump supporter, are backing the offshore testing of an experimental herpes vaccine.

The American businessmen, including Trump adviser Peter Thiel, invested $7 million in the ongoing vaccine research, according to the U.S. company behind it. Southern Illinois University also trumpeted the research and the study’s lead researcher, even though he did not rely on traditional U.S. safety oversight in the first trial, held on the Caribbean island of St. Kitts.

The risks are real. Experimental trials with live viruses could lead to infection if not handled properly or produce side effects in those already infected.

Neither the Food and Drug Administration nor a safety panel known as an institutional review board, or an “IRB,” monitored the testing of a vaccine its creators say prevents herpes outbreaks. Most of the 20 participants were Americans with herpes who were flown to the island several times to be vaccinated, according to Rational Vaccines, the company that oversaw the trial.

The risks are real. Experimental trials with live viruses could lead to infection if not handled properly or produce side effects in those already infected. Genital herpes is caused by two viruses that can trigger outbreaks of painful sores. Many patients have no symptoms, though a small number suffer greatly. The virus is primarily spread through sexual contact, but also can be released through skin.

The push behind the vaccine is as much political as medical. President Trump has vowed to speed up the FDA’s approval of some medicines. FDA Commissioner Scott Gottlieb, who had deep financial ties to the pharmaceutical industry, slammed the FDA before his confirmation for over-prioritizing consumer protection to the detriment of medical innovations. 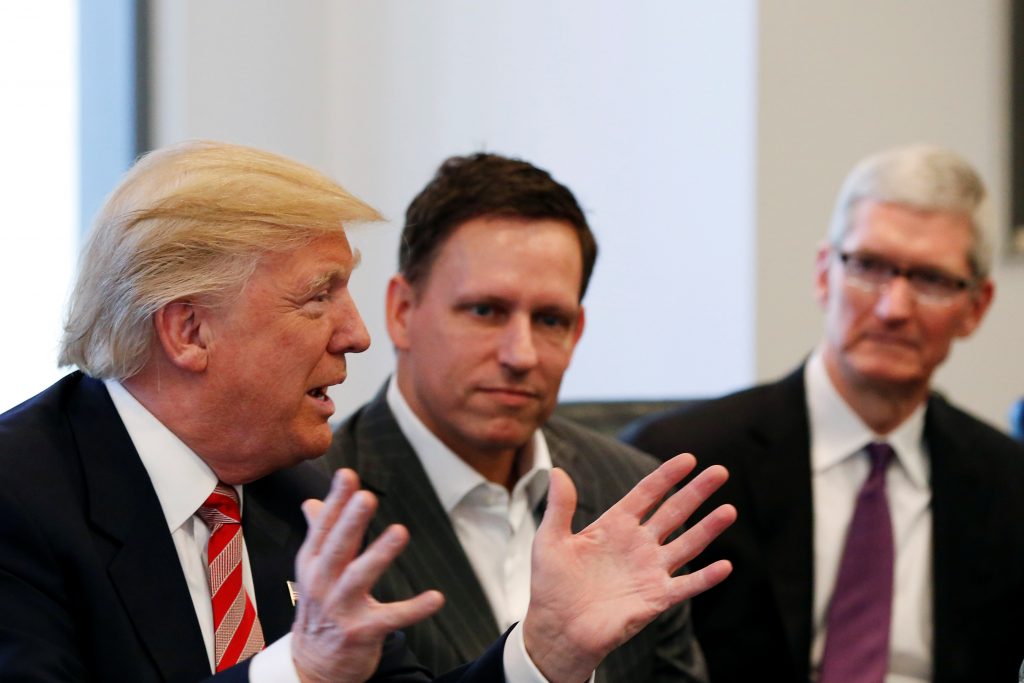 “This is a test case,” said Bartley Madden, a retired Credit Suisse banker and policy adviser to the conservative Heartland Institute, who is another investor in the vaccine. “The FDA is standing in the way, and Americans are going to hear about this and demand action.”

American researchers are increasingly going offshore to developing countries to conduct clinical trials, citing rising domestic costs. But in order to approve the drug for the U.S. market, the FDA requires that clinical trials involving human participants be reviewed and approved by an IRB or an international equivalent. The IRB can reject research based on safety concerns.

Robert Califf, who served as FDA commissioner in the Obama administration until January, said he couldn’t think of a prior instance in which American researchers did not set up an IRB abroad.

Rational Vaccines downplayed safety concerns, asserting there was little risk the participants would be harmed because they had herpes already.

“There’s a tradition of having oversight of human experimentation, and it exists for good reasons,” he said. “It may be legal to be doing it without oversight, but it’s wrong.”

However, Rational Vaccines downplayed safety concerns, asserting there was little risk the participants would be harmed because they had herpes already. Agustín Fernández III co-founded­ Rational Vaccines with tenured SIU professor William Halford. He said Halford, the lead investigator, took the necessary precautions during the trial conducted from April to August in 2016. Halford died of cancer in June.

The university backed its professor’s work by posting a glowing article on its website about the vaccine. SIU is one of the patent holders of the vaccine and set up a business account to collect donations for the work.

Nonetheless, Southern Illinois University officials said they had no legal responsibility to ensure safety measures were in place because the university has an arms-length relationship with Rational Vaccines. Fernández said the company licensed two patents related to the vaccine from the university.

But other researchers said they were appalled by what they described as the university’s complicity in ignoring more than 70 years of safety protocols. Scientists called for more rigorous clinical trial oversight in the wake of Nazi atrocities involving human experiments in the 1940s.

“You can’t just ignore human-subject protections that have evolved since the end of the Second World War,” said Zenilman, who served as a technical consultant to the presidential commission on bioethical issues during the Obama administration. 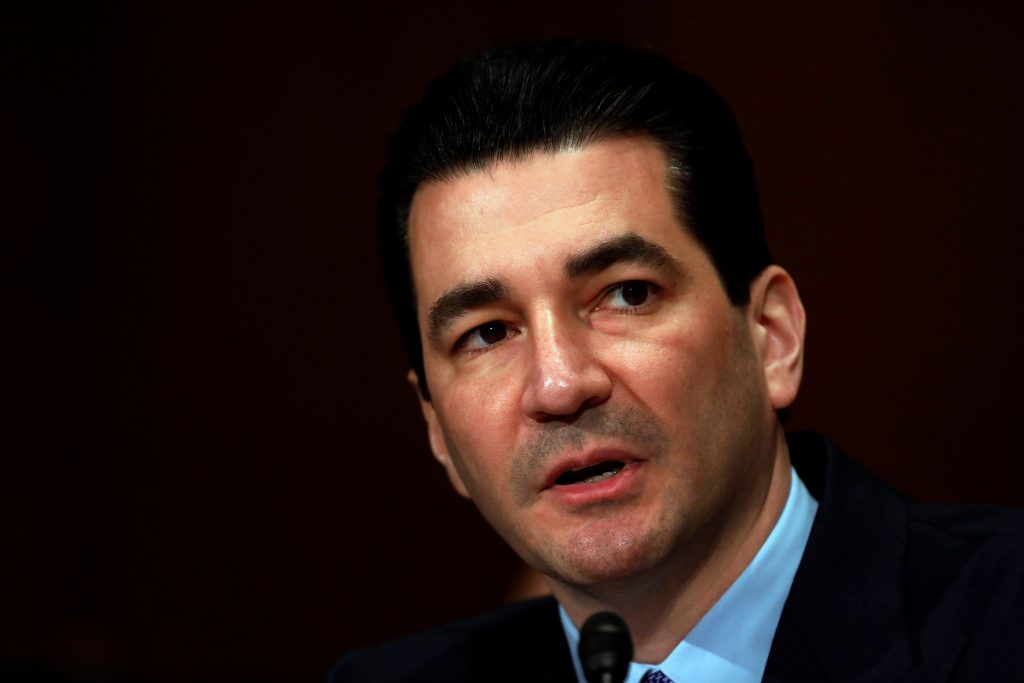 “Despite FDA Commissioner Scott Gottlieb’s stance on the need for FDA streamlining, many researchers are skeptical that he would approve a vaccine based on trials that did not follow American regulations or traditional safety rules for its experiments.” Photo by Aaron P. Bernstein/REUTERS

In 1974, Congress passed sweeping regulations aimed at protecting human subjects, requiring IRBs in government-funded research. Later, an advisory committee to the U.S. government wrote of the need for safety review committees to ensure that “basic ethical principles” were in place to protect human subjects from harm. The 1979 Belmont Report also urged researchers to balance the risk to the human subject against the benefit of any breakthrough in medicine.

Despite Gottlieb’s stance on the need for FDA streamlining, many researchers are skeptical that he would approve a vaccine based on trials that did not follow American regulations or traditional safety rules for its experiments.

Even so, Fernández, a former Hollywood filmmaker, said he and his investors plan to submit the trial data to the FDA in hopes of getting the vaccine approved for treatment. If the FDA does not respond favorably, he said, the company will continue its trials in Mexico and Australia. Fernández said he hopes to set up an IRB for these next trials. No matter what, he plans to manufacture the vaccine offshore. However, without U.S. approval, the challenges to market such a vaccine in the United States remain significant.

A Thiel representative said the billionaire was not available to answer questions by email or in an interview. Thiel, who rose to prominence as co-founder of PayPal, reportedly advised Trump on possible FDA nominees after donating $1.25 million to his presidential campaign. Thiel has been a vocal critic of the FDA, claiming in an interview that its approval process was so unwieldy “you would not be able to invent the polio vaccine today.”

Fernández said he hoped the trials would put political pressure on the FDA to give the vaccine a closer look. He said his vaccine would be initially aimed at helping patients who experience the “worst of the worst” symptoms. He believed the vaccine eventually would be shown to be effective in preventing the spread of the disease. According to the CDC, about 1 in 6 people ages 14 to 49 have genital herpes.

“I will not stop,” said Fernández, who described the trials as his personal mission. “Too many people are suffering.” Before the trial, Halford tested the vaccine on himself and Fernández. After he failed to secure federal funding and an IRB, Halford moved ahead with the trial offshore.

Other researchers said they feared that desperate herpes patients would seek to be test participants or get the vaccine without being informed properly of the risk.

Researchers at several universities and private clinical research centers are working on two different herpes vaccines under FDA and IRB oversight. One is expected to undergo final trials by 2018 before being submitted to the FDA for final approval. In addition, the National Institutes of Health has conducted a first trial of a third potential vaccine.

Califf said drugs and vaccines are often costly to bring to market simply because they initially don’t work or are shown to be unsafe.

“The FDA is not the problem,” Califf said. “The issue is that there are so many failures.”

The vaccine’s researchers told KHN the St. Kitts trial showed the vaccine is safe and highly effective in preventing outbreaks in herpes patients.

The results have not been published in a peer-reviewed journal and Halford’s previous attempt to publish was rejected. Reviewers of the paper said they were concerned by the lack of safety and said they were skeptical about his scientific approach.

Yet some herpes patients, who are part of a tight-knit online community, have followed the project with hope and enthusiasm.

One American participant said he decided to go public with his experience despite the condition’s stigma. Richard Mancuso said he was recruited for the trial on Facebook and grew to be friends with Halford, whom he described as a “hero.” 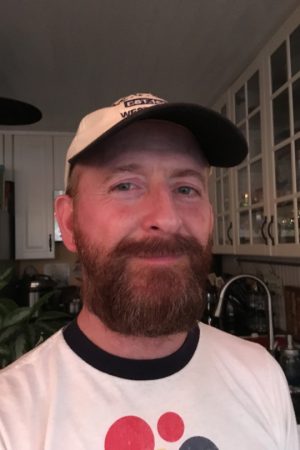 Richard Mancuso participated in an offshore experiment for a controversial herpes vaccine, which he says has prevented his severe outbreaks. Photo courtesy of Richard Mancuso/via KHN News

Mancuso said the vaccine has stopped his severe outbreaks. “This has saved my life,” he said.

Fernández of Rational Vaccines said another SIU professor, Edward Gershburg, an associate professor in the university’s Department of Medical Microbiology, Immunology and Cell Biology, has agreed to become the company’s chief technical officer.

But Kayte Spector-Bagdady, who leads the University of Michigan Medical School’s Research Ethics Service, said the St. Kitts trial could be seen as a violation of SIU’s commitment to the Department of Health and Human Services.

SIU voluntarily agreed to follow U.S. safety requirements and set up an IRB for all research involving human subjects, according to records. Many universities make such a commitment to HHS, even if the experiments are abroad and don’t rely on federal grants.

Rational Vaccines was established in February 2015 and the company entered into its patent agreement with the university later that year, Fernández said.

But when asked about its commitment to HHS, Carlson, the university spokeswoman, said the university first learned about the trial in October 2016 — after it had ended. Carlson said Halford didn’t need to bring the trial to SIU’s IRB because the trial wasn’t overseen by the university.

However, after a reporter raised questions about the lack of an IRB, Carlson added that the university would “take this opportunity to review our internal processes to assure we are following best practices.”

Left: Agustín Fernández III, a former Hollywood filmmaker, co-founded Rational Vaccines, which tested a controversial herpes vaccine offshore. The vaccine is not approved in the U.S., but Fernández has vowed to continue trials and manufacturing the vaccine offshore. Photo courtesy of Alejandro Renteria/via KHN News