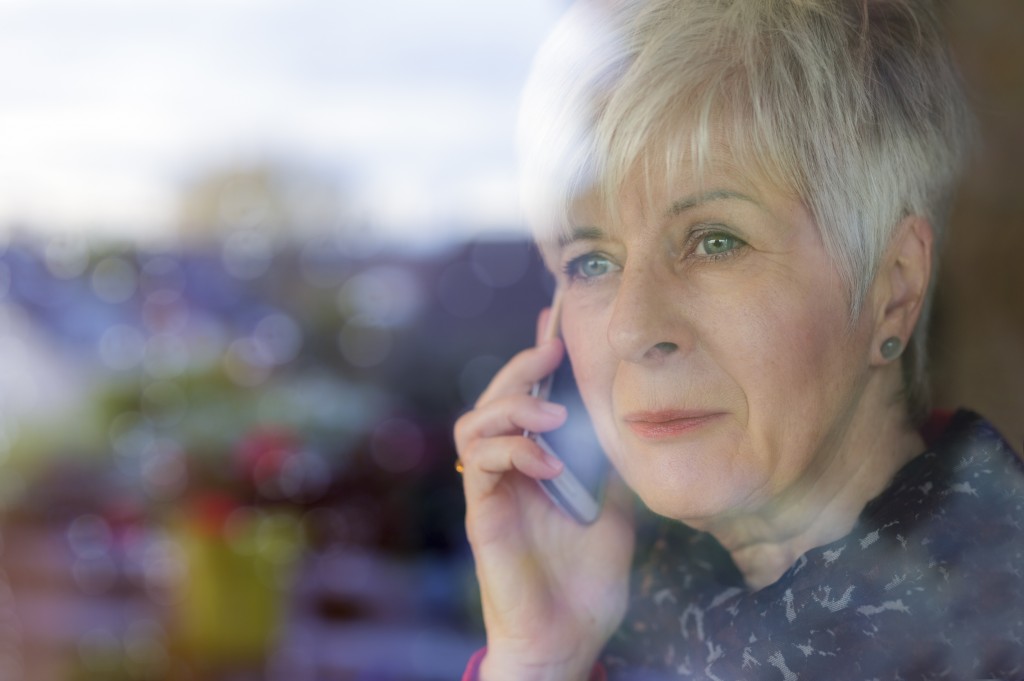 Therapy provided over the phone lowered symptoms of anxiety and depression among older adults in rural areas with a lack of mental health services, a new study shows.

The option is important, one expert said, because seniors often have increased need for treatment as they cope with the effects of disease and the emotional tolls of aging and loss.

“Almost all older adults have one chronic medical condition, and most of these have been found to be significantly associated with anxiety disorder,” Eric Lenze, a psychiatrist and professor at the Washington University School of Medicine in St. Louis, said in an interview.

The study, by researchers at Wake Forest University and published Wednesday in JAMA Psychiatry, examined 141 people over the age of 60 living in rural counties in North Carolina who were experiencing excessive and uncontrollable worry that is brought on by a condition called generalized anxiety disorder.

The participants had up to 11 phone sessions between January 2011 and October, 2013. Half of them received cognitive behavioral therapy, which focused on the recognition of anxiety symptoms, relaxation techniques, problem solving and other coping techniques. The other study participants got a less intensive phone therapy in which mental health professionals provided support for participants to discuss their feelings but offered no suggestions for coping.

The researchers found that severity of the patients’ worries declined in both groups, but the patients getting cognitive therapy had a significantly higher reduction of symptoms from generalized anxiety disorder and depressive symptoms.

Yet many seniors could face barriers getting that therapy because Medicare has stringent requirements for eligibility for these kinds of phone therapies, according to Lenze, who wrote an editorial accompanying the study. Lenze argued that phone therapy is a good alternative to drugs that are often prescribed for anxiety and depression but can make seniors sleepy and disoriented and lead to injuries.

“This demonstrates that [therapy] is just as effective as in-person psychotherapy and reimbursing for it would be a way to increase the reach of mental health care that in a concrete way would allow someone to get treatment for actual problems, not just medicating and ending up in the emergency room with a hip fracture,” Lenze said.

He said he treats some geriatric patients who drive from 100 miles away and doesn’t offer phone sessions because of the payment issue.

Medicare only pays for telehealth services done in rural areas with provider shortages; patients cannot do a phone call in their home, but must drive to a physician’s office or hospital to connect with the mental health professional at another site, he said.

“The reason it isn’t evolving is because it’s trapped in the law that isn’t evolving with modern medicine,” said Joel White, executive director of the Health IT Now Coalition, which is urging Medicare to loosen its strict limits on telemedicine.

Many states have also implemented some roadblocks for telephone therapy with laws requiring that anyone giving medical care must be licensed in the state where the patient resides. Reps. Frank Pallone, D-N.J., and Devin Nunes, R-Calif., offered a bill in July that would allow providers licensed in one state to provide care in another state electronically.

The Association of State and Provincial Psychology Boards is working on model legislation to recommend to states next year that would allow psychologists to practice by phone across state lines without having to pay a hefty licensing fee.