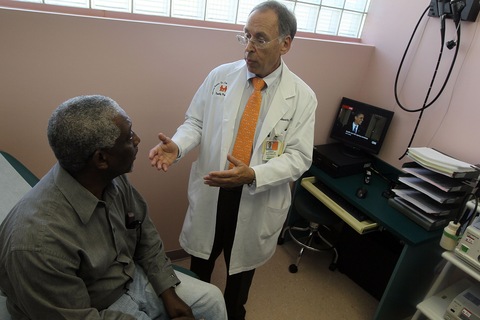 Despite the continuing efforts of the Obama administration to persuade a skeptical public to support the new health reform law, a poll released Tuesday shows that many voters do not like the changes and do not believe the law will ultimately help them with costs.

The latest evidence comes from a health tracking poll by the Kaiser Family Foundation showing support dipping from 50 percent in favor of the law last month to a 43 percent favorability rating in August. Forty-five percent of the public holds an unfavorable view.

Many of those surveyed also said they do not believe the bill will substantially improve their situation or reduce their costs, which was one of President Obama’s initial selling points on health reform when the debate began in 2008. Just 29 percent said they expect their family to be better off after the law fully takes effect. Thirty percent say they believe they will be worse off and 36 percent think it won’t make a significant difference.

A few polls — including Kaiser’s — had shown some uptick in public support earlier this summer, but that seems to have dissipated.

Polls from Pew, Rasmussen, CNN, and others in recent months largely come to similar conclusions as Kaiser’s latest monthly tracking poll when it comes to general support. Some have found that nearly a majority approve of health reform, some find substantially less. But almost none show heavy enthusiasm for the law — or a major political bounce for the Democrats — thus far.

“Public opinion on health reform has been stuck in a fairly narrow band and is not changing dramatically,” said Drew Altman, president and CEO of the Kaiser Family Foundation.

“The skepticism isn’t just based on health care. It’s tied to the economy as well,” said Robert Blendon, a professor of health policy and political analysis at the Harvard School of Public Health, who has polled in the past for the Washington Post, USA Today, and Kaiser among others.

“The administration’s efforts on the economy have not turned out to be what they said and that has left people skeptical about what will happen in 2014 when the law fully goes into effect,” Blendon told the NewsHour.

For its part, the administration is trying to make people more aware of provisions of the law that have already taken effect or soon will in September — including an announcement today of new funding to help employers to offer health insurance for early retirees.

As Health and Human Services Secretary Kathleen Sebelius told Judy Woodruff earlier this month, Democrats believe they now have to undo what they see as a long attack of “misinformation” from Republicans.

The Kaiser poll also found that while health care was the second-most important domestic issue to voters in the upcoming election, it still ranked far behind the economy and how they generally felt about the direction of the country.

Democrats and the Obama administration say there will eventually be a political payoff once new provisions to cover the uninsured and lower costs kick in and people can see the benefits. But much of that won’t happen until 2014. Some experts are skeptical of how much money will be saved, and Democrats are expecting little payoff this fall.

“Medicare went into effect one year after it was signed,” Blendon said, but since that’s not the case here, “it’s very hard to change people’s views right now in this climate.”

The Kaiser poll also found that while health care was the second-most important domestic issue to voters in the upcoming election, it still ranked far behind the economy and how they generally felt about the direction of the country.

A number of political analysts believe that’s one principal reason why health care won’t play any significant role in this election.

But Jay Cohn at Real Clear Politics thinks pundits are coming to that conclusion too easily. He argues that health reform moved voters away from the Democrats and “the voters are not coming back.”

Other surveys have shown that the issue was critical for the Democrats’ base.

Rep. Gerry Connolly, D-Va., the president of Congress’s first-term Democrats, suggested today that for the moment, that may not help much this fall.

“I think that the focus of the public, with stubborn unemployment remaining so high, was on the growing the economy and creating jobs,” Connolly said Tuesday during an appearance on TBD TV in Washington. “And anything else seemed like a distraction.”