In early 2013, Ayanna Kalasunas felt on top of the world. She’d just gotten engaged and was working in e-commerce operations at a Philadelphia-based retailer. “I was honestly at this pinnacle moment of my life,” she said. “I was like, ‘You did it. Way to go, Ayanna.’”

The next month, she got diagnosed with breast cancer: stage 4, metastatic, just like her mother was battling.

As she reeled from that news, many fears crossed her mind. But one that didn’t even occur to her was that after about three years she’d be unemployed and without her employer-provided health insurance.

Between 20 and 30 percent of women diagnosed with breast cancer will lose their jobs.

That sequence of events is all too common. Between 20 and 30 percent of women diagnosed with breast cancer will lose their jobs, according to a study published Monday in Health Affairs, endangering their financial security as well as their insurance coverage. But the risk is heavily biased: Poor women are four times more likely to be jobless by the end of treatment than their better-off peers.

And one of the most significant factors is the difference in workplace accommodations customarily offered to employees working well-paid, salaried jobs versus employees paid lower wages.

The research team led by Dr. Victoria Blinder, a medical oncologist at Memorial Sloan Kettering Cancer Center, followed 267 women through breast cancer treatment in New York City. They found that workers who described their employers as accommodating were twice as likely to keep their jobs — and lower-income women were half as likely to have accommodating employers. “I always use the example of a nanny,” Blinder said. “If that person says, ‘I can’t work for the next six months,’ it’s going to be very difficult for the employer to not replace that person.”

READ MORE: Cemetery walks and playwriting: How I found healing after breast cancer

Kalasunas, 37, found the routine of work comforting amid two rounds of radiation and over a year and a half of chemotherapy treatments. When she was first diagnosed, her supervisor spoke to her about what kind of flexibility she needed, and assigned her to longer-term projects so her work wouldn’t suffer if she woke up feeling too ill to work one day.

But in the years that followed she cycled through three supervisors, and her last boss took a different approach, asking her to stick to a more regular schedule. Ayanna started to feel as though her diagnosis — not her work — was the reason the company kept her on. “When someone says to you, ‘I can’t fire you,’ that lets you know that you’re only really there because they don’t have a choice but to put up with you,” she said. At the same time, her mother had recently died and Kalasunas was going through another round of radiation. “I had just been through what felt like a war zone,” she said. She decided to leave her job in 2016.

Working is not just important financially; it is also central to many people’s psychological health, Blinder said. “For a lot of people across income levels, there’s just a sense of engagement in society that comes along with working. There’s a sense of psychological well-being,” she said.

Laura Martin, 59, had a very different experience with her employer than Kalasunas did. Martin’s bosses at her employee benefits consulting company helped her switch her health insurance from an HMO to a no-referral plan, and a coworker who was a former nurse helped her administer injections she needed to take. She was allowed to be flexible with her schedule — critical as she went through five months of chemotherapy and a seven-week radiation regimen. “I mean, if I got tired at 1 p.m., I’d just go home,” she said.

“They were very understanding. I know that might not be true for all employers.”

Martin is still working at the same company and has been cancer-free for six years. 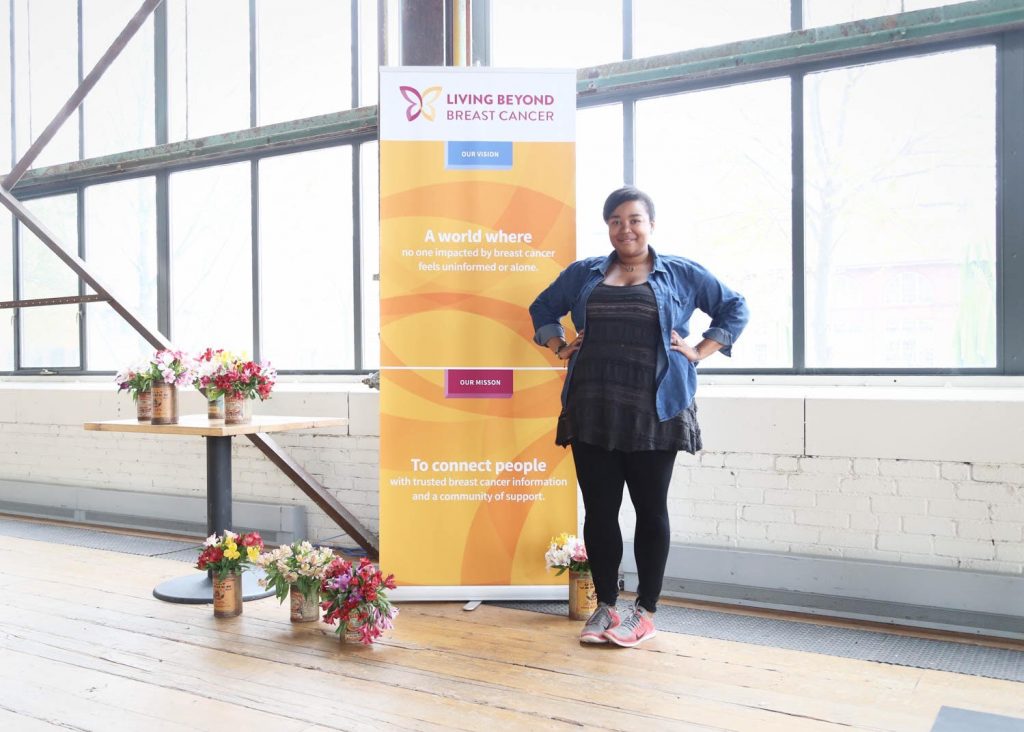 Although the study did look at racial disparities — and researchers took pains to ensure its sample would be able to pick up any racially based differences — class-based differences were stronger predictors of a woman’s likelihood of returning to work. (That doesn’t mean they didn’t find any difference; Chinese women were significantly less likely to still have a job four months after treatment.)

The paper’s diversity makes it particularly interesting, said Michael Feuerstein, the editor-in-chief of the Journal of Cancer Survivorship and a professor at the Uniformed Services University of the Health Sciences. “It’s one of the first studies that I know of that looked at work and cancer survivors after treatment and really focused on diversity,” he said.

Employees with cancer do have protections under the Americans with Disabilities Act. That means employers can’t discriminate against employees who disclose their diagnosis, and must guarantee reasonable accommodations — like a bit of flexibility for medical appointments — unless those accommodations would be too burdensome.

But the ADA only applies to workplaces with more than 15 people. ADA exemptions “disproportionally affect lower-income workers,” Blinder said; 40 percent of people who work for exempt employers are in the bottom quarter of the income distribution.

Based on what she’s learned, Blinder has consulted for a consortium including Anthem, Pfizer, and the nonprofits Cancer and Careers and the US Business Leadership Network to create a toolkit for employers of people with cancer. Among other things, it provides information for employers about their obligations, suggestions on how to talk about an employee’s diagnosis, and a planning template companies can use to lay out expectations in writing.

Still, Kalasunas said, having designated help to navigate workplace benefits and legal rights would have helped, but it might not have kept her in her job.

Today Kalasunas volunteers on the board of Living Beyond Breast Cancer, a Philadelphia-based charity focused on breast cancer survivors, but she hasn’t returned to the workforce. She considers herself lucky that her now-husband’s job extends health benefits to her and pays a salary off of which they can live. “My life is — I don’t want to say my life is too short, I don’t like to say stuff like that — but life is too short for everyone,” she said. “You’re not going to engrave my headstone, ‘Here lies the most loyal employee I’ve ever had.’”

This article is reproduced with permission from STAT. It was first published on Feb. 6, 2017. Find the original story here.

Left: Poor women are four times more likely to be jobless by the end of treatment than their better-off peers, according to a study published Monday in Health Affairs. Photo by Snowleopard1/via Getty Images