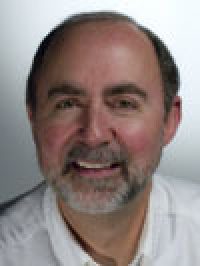 Under President-elect Trump, these policies could replace Obamacare

Less of that might disappear under President-elect Donald Trump’s pledge to “repeal and replace Obamacare” than many believe, say policy analysts. Republicans promising change might not quickly admit it, but in some respects Obamacare’s replacement may look something like the original.

“It gets into a questions of semantics,” said Mark Rouck, an insurance analyst for Fitch Ratings. “Are they really repealing the act if they replace it with new legislation that has some of the same characteristics?”

“Are they really repealing the act if they replace it with new legislation that has some of the same characteristics?”

Problems that helped give rise to the health law — rising costs, an aging population, mediocre medical results — haven’t gone away. The ACA pushed insurers, hospitals and employers to launch their own reimbursement reforms, which are largely unaffected by who runs Washington.

Even fierce health-law opponents may pause at the political risk of taking benefits from millions who gained coverage since its implementation. Subsidies for the middle class to buy insurance may remain — even if they’re not the Obamacare tax credits applied through online marketplaces, said Joseph Antos, a health economist at the American Enterprise Institute.

“The idea that they’re just going to wipe that money away is pretty unlikely,” he said. “They don’t want to be in a position of saying they’re just kicking millions of people out in the street.”

“They don’t want to be in a position of saying they’re just kicking millions of people out in the street.”

“I think they go away,” said Ana Gupte, a health care analyst for Leerink Partners. “The subsidies … are at risk” along with the ACA’s requirement that everybody have health coverage, she said.

Topping the list of ACA provisions likely to survive under Trump is the requirement that employers cover workers’ children up to the age of 26, analysts said. The measure is widely popular and not especially expensive.

A health law crafted by Republicans might also retain the ACA’s protections for people with preexisting illness seeking coverage, said Glenn Melnick, a health economist at the University of Southern California.

That could include relaxing the ACA’s limit on how much insurers can charge and allowing them to adjust premiums based on an individual’s health, he said. However, that might put the price of insurance out of reach for many.

The health law’s payment reforms might also survive in some form. The ACA prompted hundreds of experiments to control costs by rewarding doctors for efficiency and fixing payments for episodes of care or treating entire populations.

“I can foresee a scenario where they gradually expand all those programs.”

“Part of what I would expect to hear from [the new administration] is we want more value out of the entire system,” said Daniel Steingart, a hospital analyst at Moody’s Investors Service. “All of that jibes pretty closely” with ACA payment experiments by the Department of Health and Human Services, he said. “I can foresee a scenario where they gradually expand all those programs.”

Republicans have criticized HHS’s innovation lab, which presides over accountable care organizations and many other payment tests. But they may find it more appealing under their own supervision, said Rodney Whitlock, a strategist and former top Republican health advisor in the Senate.

“You can really want to curtail it — until maybe you’re in charge,” he said. “Then maybe you would like it.”

In any case private insurance companies, employers and hospitals are likely to continue their own payment reforms, analysts said.

“Private industry is really taking that and running with it,” said Gupte. To be sure, health policy and financing are likely to look substantially different in a Trump administration, experts said.

The ACA’s biggest coverage expansion came through the Medicaid program for the poor and disabled, which added more than 15 million people. Trump has suggested giving states fixed federal grants for Medicaid, which could lead to a substantial reduction in coverage or benefits.

Even partial cuts in Medicaid funding and subsidies for private plans would hurt hospitals, which have benefited from the health law’s revenue infusion.

“If you’re running a health system and you now have more insured people through a Medicaid expansion or exchange customers — if even a portion of those go away, that might be your [profit] margin for the year,” said Benjamin Isgur, who heads the Health Research Institute at PwC, a consultancy.

On the other hand, hospitals and insurers represent a powerful lobby seeking to maintain something that looks like the status quo.

“There’s a bigger role [hospitals] can play, a much more cost-effective role we can play if we have a long-term strategy” as part of a consistent health reform program, said Bill Ryan, a spokesman for the Einstein Healthcare Network, a Philadelphia-based hospital system. “And stopping and starting seems to be a crazy way to do this.”

Other aspects of health care will probably stay the same in the near future no matter what Congress does, analysts said.

Health costs continue to grow faster than the economy’s ability to pay for them. Partly as a result, high deductibles — what patients pay before insurance kicks in — have become widespread in employer and individual plans alike. Neither have much to do with the health law, said Don Berwick, who was acting Medicare administrator early in the Obama administration.

Republicans “managed to make the public think Obamacare was causing all the trouble. That is absolutely wrong,” he said. “They could repeal it tomorrow and still have a broken delivery system and costs would continue to go up.”

“It’ll be a different path, but the urgency of finding ways to transform health care — to give care that’s more personalized in prevention and less costly and more accessible, especially to people of limited means — the pressure to do that is not going to go away,” he said. “It’s going to increase.”

Left: A small group of demonstrators stand outside of a HIlton Hotel prior to a "Defund Obamacare Tour" rally in Indianapolis, on Aug. 26, 2013. President Barack Obama on Friday vetoed legislation to repeal his health care law, the first time such a bill made it all the way to the White House. Photo by Nate Chute/Reuters