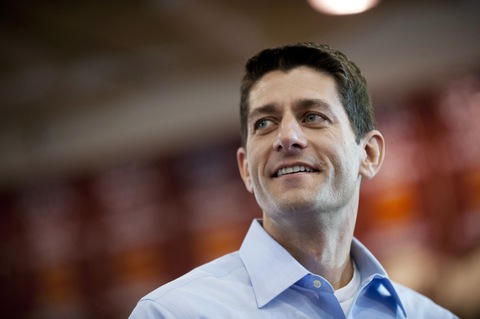 But how would Ryan’s plan to reduce federal spending, which has been approved twice by the GOP-controlled House, change Medicaid? KHN’s Mary Agnes Carey answers some frequently asked questions about Ryan’s ideas for Medicaid.

Q: What Is Medicaid?

It is the shared federal-state health insurance program for low-income and disabled people. It covers about 62 million Americans. States generally administer the program under broad guidelines from the federal government that include minimum eligibility and benefits standards. States and the federal government share in the financing of the program.

The federal government on average pays 57 cents of every dollar spent on Medicaid. Some states receive more, some less, with a greater federal share going to the poorest states. Under Ryan’s plan, the federal share of Medicaid spending would decline about $800 billion over 10 years as the program becomes a block grant indexed for inflation and population growth. States would have more flexibility over who is covered and what benefits are offered. The block grant would start in 2013. Ryan and his supporters say turning to block grants would both save the federal government money and give states flexibility in who they cover and what benefits are provided. “States will no longer be shackled by federal determined program requirements and enrollment criteria,” his plan says. Opponents of Ryan’s plan say it would lead states to reduce enrollment, cut benefits or require more cost-sharing from beneficiaries.

Ryan’s plan would also repeal the Medicaid expansion included in the 2010 health law, which if states opted to do it, would provide Medicaid coverage to people under 133 percent of the federal poverty level, or $14,856 for an individual and $30,656 for a family of four, according to current guidelines. The CBO estimates that would affect 11 million people.

Q: How Would Federal Spending Change Under Ryan’s Medicaid Proposal?

While Ryan’s Medicare proposal changed slightly in the budget plan that the House passed earlier this year, his Medicaid proposal remained largely the same in both versions.

In March, the Congressional Budget Office said that if, as Ryan proposes, states had additional flexibility to allocate federal funds for Medicaid and the Children’s Health Insurance program (both programs provide health care for low-income children), states might be able to make their Medicaid programs deliver care more efficiently.

CBO added that the federal spending reductions called for in budget scenarios that Ryan asked CBO to review meant that “states would need to increase their spending on these programs, make considerable cutbacks in them, or both.” States might have to reduce eligibility, cover fewer services, reduce payments to providers or increase beneficiary cost-sharing, CBO said.

If Ryan’s plan became law, states anticipating large Medicaid expansions under the health law would see some of the largest reductions in federal spending, according to a 2011 Urban Institute analysis that predated the Supreme Court’s June decision making the law’s Medicaid expansion optional for states. The Urban Institute conducted the study for the Kaiser Commission on Medicaid and the Uninsured, a program of the Kaiser Family Foundation.

Q: What Would These Changes Mean To Medicaid Enrollment?

Under Ryan’s block grant proposal, between 14 million and 27 million fewer people would be covered in 2021 than under Medicaid as it currently exists, according to the Urban Institute analysis. Beneficiaries also might see reductions in benefits and greater cost sharing, among other changes. If the health law were repealed, as Ryan’s plan calls for, an additional 11 million people would not gain coverage under the statute’s now-optional expansion of Medicaid eligibility.