Remember your first roommate? Your first roommate who wasn’t your sibling? It was probably in college or just after you graduated when you thought the world was open to a million possibilities, and you and your best friend would conquer it. Well turns out roommates aren’t just wasted on the young. Baby Boomers are realizing the benefits of communal living, too.

According to an AARP analysis of census data, approximately 132,000 households and 490,000 women over the age of 50 live with non-romantic peers. They’re dubbed “Golden Girls,” after the hit 1980’s TV show that featured four ladies and the mischief they encountered while living together in a Miami home. The number of Golden Girls is expected to grow, especially given that one in three Baby Boomers is single and a disproportionate number of them are women.

So what’s it like to be a real life Golden Girl? We talked to a few who live in Maryland, just outside of the Washington, D.C., area. We asked them to share their experiences and best advice on how to find a roommate. 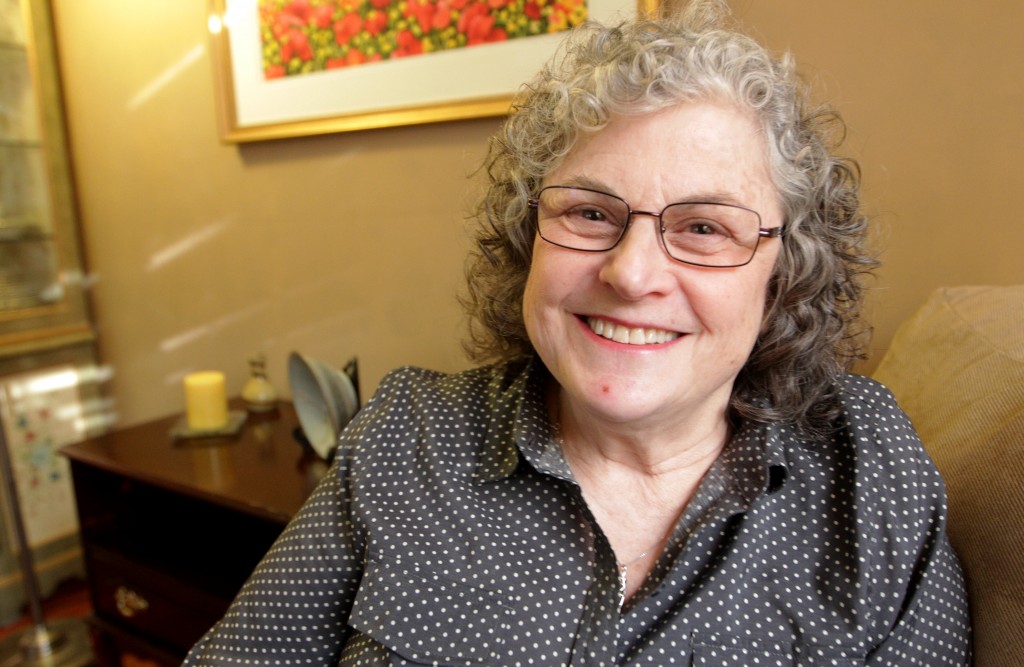 Rachael Lemberg, 68, met her roommate on Craigslist through an ad seeking a “Golden Girl.” Photo by Margaret Myers/NewsHour

Rachael Lemberg was 57 when she ran away from home. She left her husband of 25 years for a new life as a single woman. She packed two suitcases and a computer into her car and said goodbye to Ohio forever.

Now 68, Lemberg has retired from her corporate job and works for the Maryland General Assembly in Annapolis. And she has a new roommate, an active woman in her late 70s. The two of them met by way of a Craigslist ad seeking a “Golden Girl” to share a house.

She appreciates the company and she’s even admitted that it’s made her neater. “I have to keep reminding myself that this isn’t all my space,” she says.

Before taking on a roommate, she recommends a little self-evaluation. “It’s not just about finances,” she says. You have to look at the emotional side, too. “How is it going to be if my roommate has a cranky day or if I have a cranky day?”

But in the end, she said, it is nice to come home at night to the lights still on.

“My kids think this is super,” says Lemberg. “It helps me maintain my independence. 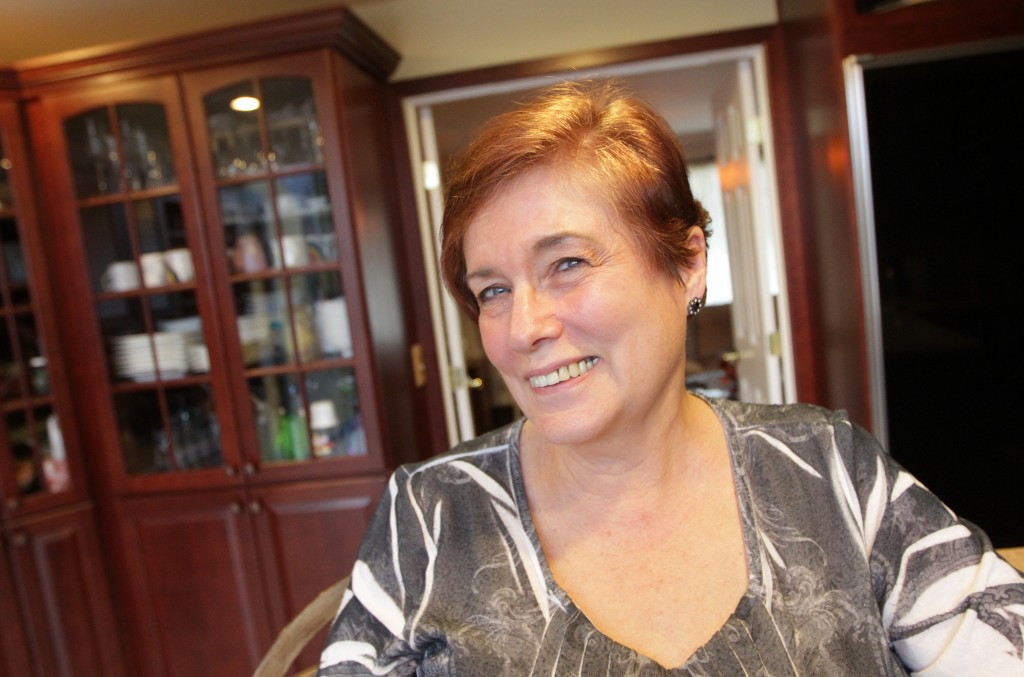 Bonnie Moore was worried about losing her five-bedroom home when she and her husband divorced at the height of the recession. So the 69-year-old decided to make lemonade out of her sour situation and began advertising for roommates. Photo by Margaret Myers/NewsHour

Bonnie Moore is a retired lawyer and the founder of the Golden Girls Network, an organization that connects older women across the country to help them find roommates in their area.

She’s also a “Golden Girl” herself. Moore, 69, lives with her three roommates in a five-bedroom home she owns in Bowie, Maryland. Living with these women allows her to maintain her large home that she once owned with her husband, whom she divorced at the height of the recession. “I lost all the equity and we had just done $300,000 worth of remodeling and I didn’t want to walk away from it.”

Moore has been a Golden Girl for six years, so she has a lot of advice for those new to the situation. The one question she always gets is how do you handle things in the kitchen? So she tells this story: “The first roommate that I had, I was terrified when she started cooking and I sat on the kitchen stool and watched her. And I pinched myself because I can’t say ‘don’t do this don’t do that. You’re not doing it my way.’ I just let her do whatever she was doing, and I just bit my tongue. … Now, six years later, I love to sit on the kitchen stool and watch people cooking because they’re gonna say, ‘you want some?’”

The takeaway: Your roommates aren’t always going do things your way, and you just have to let go.

Moore plans to stay in her house for a long time.

“I’m gonna stay here until I can’t do the gardening,” she said. “That’s my criteria.” 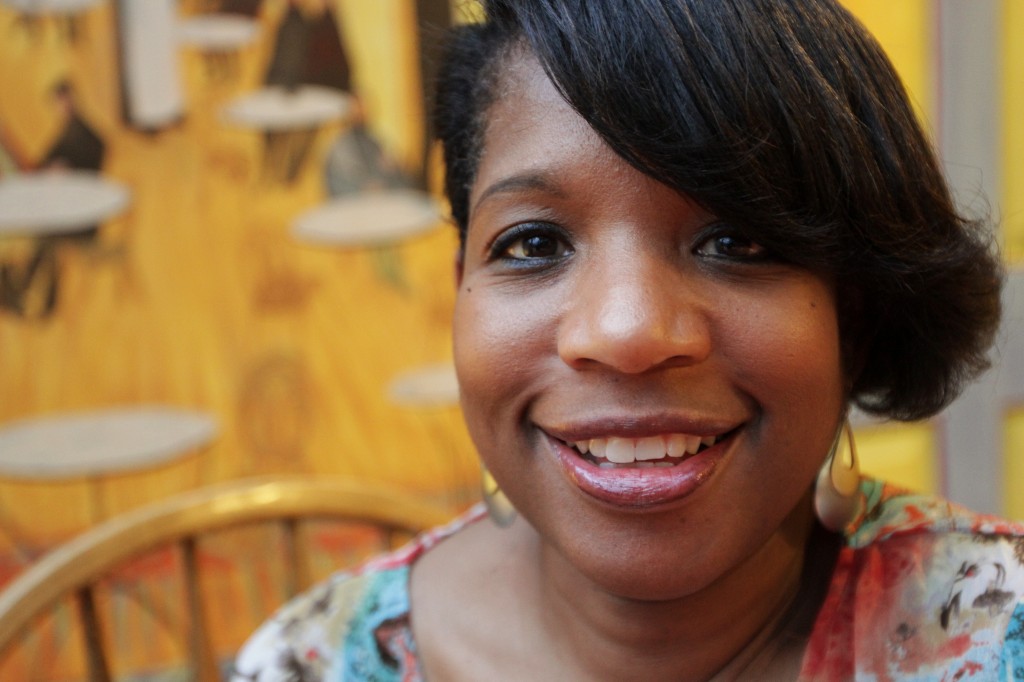 Lorie James, 51, is a kindergarten teacher and a graduate student. She feels right at home living with three other “Golden Girls.” Photo by Margaret Myers/NewsHour

Lorie James hasn’t had a roommate since college, unless you count a husband, now an ex, and two grown children. But the 51-year-old kindergarten teacher recently moved into a house with three women in January.

Since she hadn’t had a roommate since she was in her early 20s, she wasn’t sure what to expect. She was pleasantly surprised.

“For me it’s been a very comfortable fit,” James said. “It’s just a calm, laid back atmosphere. It feels like a relaxing place to be.”

James doesn’t have much time to relax though. Between teaching, taking classes to fulfill a Master’s degree and planning a 75th birthday party for her father, she hasn’t had a moment’s rest in her new home in Bowie, Maryland.

The living situation has been just what she needed after her divorce from her husband of 25 years.

Her advice is to be open-minded, because it might surprise you.

“I never would have considered moving in with anybody but the more I thought about it, it just made sense to me.”

And it really did work out. James recalls that during a recent snow storm her roommate and landlord Bonnie Moore said to her: “Another snow storm, you’re gonna have a snow day. Let’s have a glass of wine!”

Left: Put on a pot of coffee, grab a cheesecake and meet some modern day "Golden Girls." (Not that there's anything wrong with the 1980's originals.) Photo of Rue McClanahan as Blanche Devereaux, Betty White as Rose Nylund and Bea Arthur as Dorothy Petrillo Zbornak by Gary Null/NBCU Photo Bank via Getty Images