State health insurance officials on Thursday approved rules that will guide how much money insurers must spend on patient care under the new health care reform law. The vote capped months of debate, and it provides an early glimpse of some of the issues at stake as the government translates the broad mandates written into the law into specific rules and regulations. 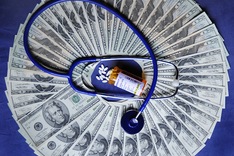 At issue Thursday was the medical loss ratio (MLR) — the percentage of an insurer’s revenue from premiums that it must spend on patient care. The health reform law mandates that beginning in 2011, big insurers must spend 85 percent of the money they take in on patient care, and only 15 percent on other things, like administrative expenses, overhead and profit. Individual and small-group insurers will have to meet an 80 percent/20 percent ratio. If they spend less than required on patient care, insurers will have to pay rebates to their customers.

The requirements could be a high hurdle for some insurers, though others already meet or come close to meeting them. According to an April Senate committee report PDF, for example, the average medical loss ratios for individual plans among six large insurers ranged from 68 percent to 88 percent.

Meanwhile, the law itself left some key questions unanswered, including: What counts as patient care? The health reform bill gave the tricky task of answering those questions to the National Association of Insurance Commissioners, a group of state insurance officials.

While consumer advocates and others argued for strict rules with a narrow definition of patient care, insurers said that the new regulations, if not implemented carefully and with flexibility, could drive insurers out of business and strand some of their customers.

On Thursday, the NAIC approved a set of regulations as they were written in draft form last month. Among the key points:

The regulations will allow insurers to count some spending on indirect medical costs, such as wellness programs, as patient care. However, spending on anti-fraud efforts and on new, simplified billing procedures must count as administrative costs. Insurers had wanted those to count as patient care spending as well.

Despite a flurry of last-minute lobbying by the insurance industry this week, the commissioners didn’t approve several amendments that insurers had wanted, including one that would have allowed them to use a national average rather than state-by-state calculation, and another that would have allowed them to deduct insurance brokers’ fees. The commissioners also rejected an amendment that would have expanded the “credibility rating,” an adjustment that will allow some small insurers whose costs vary a lot each year to meet the law’s requirements without reaching the 80 percent threshold.

Timothy Jost, a law professor at Washington and Lee University and a consumer representative to the NAIC, says that he believes the commissioners did a good job defining the regulations as intended in the law.

“I think that the NAIC justified the trust that Congress put in them to do this. They are the unquestioned experts on technical issues and insurance regulations,” he says.

The regulations will next go to the Department of Health and Human Services for final approval. HHS has indicated it is likely to follow the commissioners recommendations. Today, HHS Secretary Kathleen Sebelius said in a statement:

These recommendations are reasonable, achievable for insurers and will help to ensure insurance premiums are, for the most part, supporting health benefits for consumers. Not only do they ensure consumers receive better value for their health care dollar, they recognize special circumstances in different markets to preserve market stability and employee coverage as we transition to the new marketplace in 2014.

The department has also indicated that it will grant waivers for some types of health plans, including the limited “mini-medical plans” like those offered by McDonald’s.