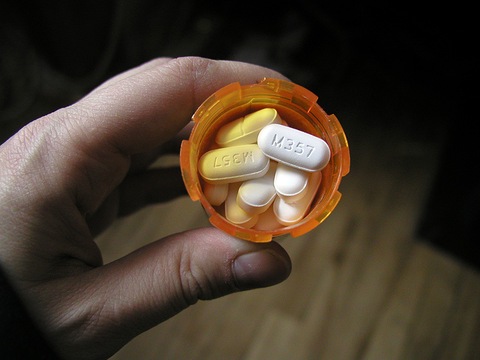 Peek inside any American family’s medicine cabinet and you’re likely to find a drug that was tested in a foreign country.

In 2008, about 80 percent of drug applications approved by the Food and Drug Administration contained data from foreign clinical trials.

The growth in developing countries and emerging economies in particular has been “explosive” said Dr. Arthur Caplan, director of the Center for Bioethics at University of Pennsylvania’s Perelman School of Medicine. Caplan explained the appeal of holding clinical trials in developing countries and the ethical issues raised by this research trend (answers have been edited for length):

Caplan: Several things — a developing country has a lot of people who are more likely to want to be in a trial. It’s getting harder to recruit people in America, Canada and Europe to trials. Some of them simply say, “Look I don’t want to be randomized to placebo, I want to get whatever the latest thing is.” Given that doctors can prescribe off label, they sometimes can get what is being offered in a trial. That kind of choice isn’t available to people in developing or poor countries. They either get into the trial, or they don’t get anything.

Secondly, it’s cheaper. To recruit in the United States is just more costly to try to find subjects, in terms of buying media and talking with doctors and so on. So it’s cheaper in a country like India, China, Thailand, Vietnam, Brazil.

Third, you have a little bit less red tape. Many of these countries want research done, their leaders want it done, they are trying to make it easy to do. That is for a variety of reasons, some of them because they want the companies doing business there. To some extent they make it easier because the local people who regulate the research aren’t as tough as the Americans or Europeans might be. They might not be as tough because they don’t have as many scientifically trained people in Senegal, or Mozambique or wherever.

Another important reason is that people aren’t getting other drugs or previous treatments. So if you want to test your drug, you want to see if it’s safe and doing something — let’s say it’s diabetes — you could try it in diabetics in the United States, but they’ve probably been exposed to medicine, insulin and other existing treatments. If you get diabetics in poor parts of the world, the thing they are going to be testing will be in people who haven’t had access to very much in the way of alternative treatment so you get frankly a cleaner baseline.

NewsHour: Are there countries that have become go-to locations for pharmaceutical trials?

Thailand — not desperately poor, but there are still a lot of people who don’t have access to care, that’s an attractive site for many studies.

Eastern Europe — again not desperately poor but people willing to sign on. You don’t have to pay them much to be subjects and that sort of thing.

NewsHour: Do most companies pay trial participants? If so, how much?

Caplan: Most do pay, but there is no average — it varies study to study, country to country.

NewsHour: Which medications used in the U.S. do you think people would be surprised to hear were tested in other countries?

Caplan: I think there are many of them — everything from Viagra to most of the diabetes drugs that are now in use. There is hardly a major drug I can think of that didn’t have some key overseas trial component that’s been put on the market in the last five years.

NewsHour: What ethical concerns do trials in developing countries raise?

Caplan: There are a bunch of concerns. The first one is can you really follow Western ethical rules in very poor nations or among very poor populations in other countries? Meaning are they really giving you informed consent or will they sign up for anything that you show up with because they are desperate and have an overwhelming faith in anybody in a white coat?

Second, can you collect data reliably in very poor countries, do people take the pills, do they do what they are told, are they getting other infections or diseases that make the data less reliable?

The third issue is, for certain drugs, the more we learn about genetics, the more biological differences may determine the efficacy of a drug. So if you are testing only in Asian nations, is that a reliable predictor of what happens when you try it in Norway or when you try it in Greece or Utah?

So those are the test and research questions, then if you are studying a drug in a very poor nation and it works, do you have any obligation to continue to give it out? They can’t afford it, they got it when they were in the trial but now what?

Even if you decide you’re going to give them the drug that probably means you have to keep the clinic running, and the refrigerator on, because they don’t have any place to go get the drug.

NewsHour: Recently we saw the conclusion of a lawsuit against Pfizer over a medical trial in Nigeria that ended with the company compensating a few of the participants. Can you describe what happened there, and if the issues at play are common?

Caplan: There was a meningitis outbreak caused by bacteria in Nigeria. Pfizer thought it had a drug in experimentation that might help, they proposed to study it in the middle of that outbreak. The Nigerians felt that the drug had bad side effects and that they had been used as guinea pigs because of the desperate situation. Pfizer’s story was that they used it because of that desperate situation, so you still get different accounts of what happened.

But I think the lesson there is that it’s very tricky to introduce research when you have an epidemic or crisis. If things don’t go well, people will feel exploited if you try this new thing on them that causes more harm. So that is a really thorny problem, because you could have other outbreaks coming down the road.

NewsHour: Has there been push back to any of this expansion in research?

Caplan: Not organized efforts, but something interesting has happened, which is there’s been the development of new companies called contract research organizations and they tend to say to the drug companies, “look we will do your study if you hire us, we’ll do it in India, we’ll get all the consents and approvals.” So what you’re starting to see is some of the companies using outsourcing to handle the push back and the risk.