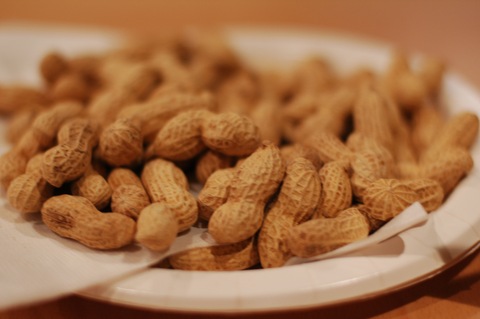 One in 13 American children has a food allergy — far more than previously reported, according to a study released Monday in the journal Pediatrics.

That’s about two children in every classroom.

Perhaps just as distressing to many pediatricians is the fact that nearly two in five of the allergy sufferers — 38.7 percent — have a severe allergy that can lead to trouble breathing, a sharp drop in blood pressure, and even death.

Eight foods continue to be the culprit for 90 percent of all reactions: peanut, tree nut, milk, egg, fish, shellfish, soy, and wheat. 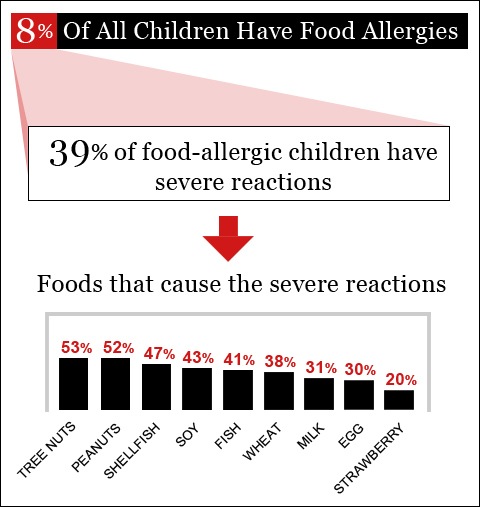 The nationwide survey of more than 38,000 families showed a dramatic jump in prevalence of food allergies from 2008, when the Centers for Disease Control estimated that 1 in 25 children suffered from them.

Dr. Ruchi Gupta, author of the study and a pediatrician at Children’s Memorial Hospital in Chicago, said that anecdotal evidence from doctors, parents and teachers has been building for years, indicating that food allergies are seeing a dramatic rise. But very little research has been done to study the phenomenon — or to figure out a way to reverse it, she said.

“I honestly think food allergies have not been thought of as a big problem in the United States,” she said. “People think allergies are just congestion, cough, and runny nose but I don’t think there’s a comprehension that it could take a child’s life.”

Dr. Gupta will discuss the study on Monday’s NewsHour.