Taxpayers in Louisiana are helping to subsidize construction of two health care centers offering a divisive cancer treatment — even as state lawmakers prepare to cut millions from basic health services.

The treatment is called proton therapy, and this spring, the state’s economic development department promised up to $10.6 million to two companies, one to build a center in Baton Rouge and the other in New Orleans.

Proton therapy is touted as a procedure with low side effects — a pencil-sized beam of protons is shot directly at tumors, with the goal of sparing the healthy tissue around it. It’s a therapy that only works well on a few cancers, and hasn’t had rigorous trials to test its more global efficacy. It’s a big gamble with tax dollars in a state where the Legislature is trying to pare more than $200 million from its health care budget.

“Changing technologies are a risk,” said Louisiana Economic Development Secretary Don Pierson. “For proton therapy, we don’t know five years from now if there will be a neutron beam, or something, that changes how they treat cancer.”

Health care companies often work with governments to build facilities, typically through bonds or subsidies, or through university partnerships that could potentially absorb more risk. But, with a medical community divided on whether this more expensive treatment is better than traditional radiation therapies, it brings to question why economic development agencies, whose bread and butter is job creation and tax base development, would roll the dice on these investments.

Pierson said he believes proton therapy could help turn Louisiana into a lucrative medical tourism hub. State officials, including the governor, are sold on the idea of a live-saving procedure, even if only a few people will benefit.

That reasoning doesn’t sit well with some experts, including Amitabh Chandra, director of health policy research at Harvard’s Kennedy School of Government. State funding, Chandra said, should value health outcomes instead of economic ones.

“The purpose of a proton center is to cure cancer — not to be a job program,” said Chandra. “I’ve compared it to the Death Star — nothing so big and so useless has ever been discovered in medicine. It’s hard to believe we should be paying handsomely for technology whose benefit is unproven.”

The proton therapy center planned for New Orleans might someday resemble a smaller version of what’s going on Knoxville, Tenn., where Provision operates one of the nation’s newest proton treatment facilities.

Every year 900 patients flock to this $119 million facility for what’s pegged as minimally invasive cancer care. Inside three pristine treatment rooms, patients lay motionless as a giant particle accelerator weighing nearly as much as the Statue of Liberty throws a thin beam made of protons directly at cancerous tissues.

Provision CEO and Chairman Terry Douglass said 70 percent of patients in Knoxville are self-referrals — some traveling from as far as China or Russia. The treatment is likened to a vacation — Provision has rolled out a brochure-filled concierge desk for patients to plan outings, and the facility is designed to feel homey with fireplaces in the lobby and outdoor picnic tables located near a small waterfall.

READ NEXT: In Jamaica, a push to market island getaways — with a side of surgery

Provision celebrates treatment “success” publicly: People gather in the lobby whenever a patient rings the “victory bell” following his or her final treatment; each is given a lapel pin to become proton therapy “ambassadors.”

And the scope of treatment is limited — experts generally agree proton therapy is the best for children with brain tumors, for example. But, the consensus ends there: experts say evidence hasn’t shown proton therapy to be better than conventional treatments for treating common cancers.

The net result: there are 24 proton centers in the U.S. They have the combined capacity to treat more than 21,000 people per year. Only 7,000 people were treated at those centers, according to a survey by the National Association for Proton Therapy.

“The reality is this is an expensive treatment,” said Dr. J. Leonard Lichtenfeld, deputy chief medical officer for the American Cancer Society. “More expensive doesn’t make it a bad treatment, [but] highly competent radiation oncologists disagree whether the data is sufficient or not.”

Even as Provision continues to expand — proposals for facilities near Orlando, Fla., and Nashville, as well as New Orleans, plus eyeing development for a dozen more — not everyone is convinced.

Dr. Tomasz Beer remains wary about the treatment. Five years ago, the deputy director of Oregon Health and Science University’s Knight Cancer Institute said his colleagues considered investing millions into proton therapy. Ultimately, they felt the Portland area, home to 2.3 million people, had too few appropriate patients. Strong results from a clinical trial would have made a difference, he said.

“Treatment should start with what’s best for patients,” Beer said. “We get into trouble when we don’t do that thinking with technology that’s out of proportion to the clinical need.”

Three years ago, the Indiana University Proton Therapy Center shuttered after a decade in business due to a “dwindling patient base.” Earlier this year, owners of San Diego’s Scripps Proton Therapy Center filed for bankruptcy after the $220 million site had struggled to break even. Even the university partnership proposed for the Knoxville center four years ago fell apart.

Many centers bank on high volumes of prostate cancer patients to make money, even though some oncologists dispute its effectiveness. To offset financial risk, developers have pivoted toward smaller facilities with fewer treatment rooms. Provision has even gotten into the business of building its own proton therapy systems to drive down costs.

Therapy centers in Alabama, Michigan, and Washington, D.C., have listed their projects’ price tags at under $50 million. Provision’s New Orleans project is expected to cost $100 million.

“We’re not trying to build a $250 million cancer center,” said Steve Hicks, chairman and CEO of Provident Resources Group, the nonprofit behind the Baton Rouge proton center, which he said would cost $85 million. “We’re simply trying to meet demands of the market.” 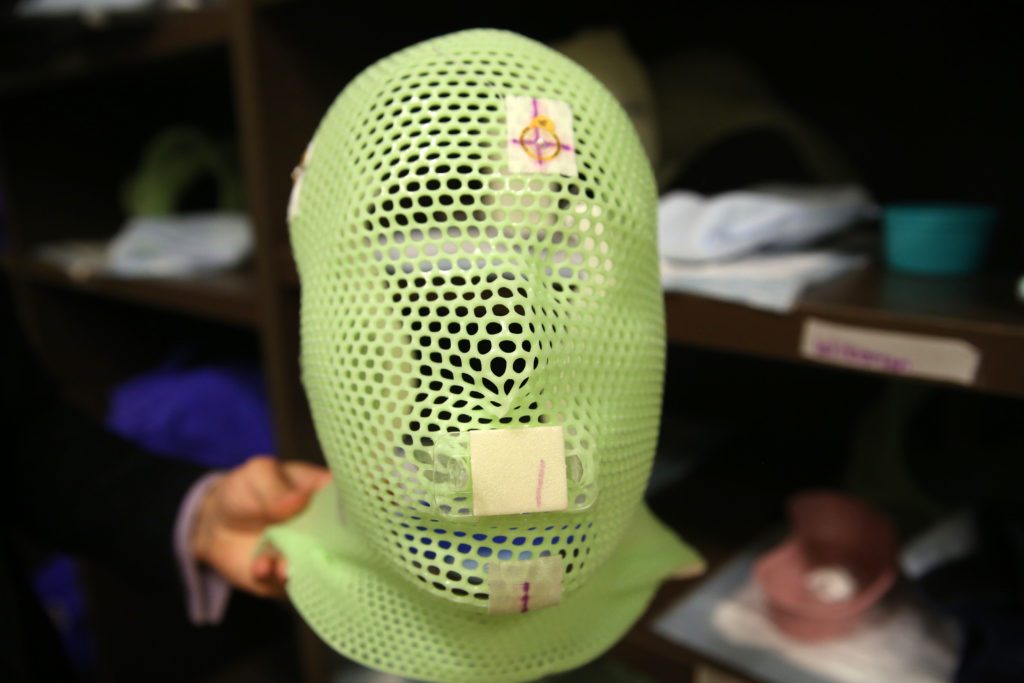 Pierson, the Louisiana economic development official, said the agreement brings 155 high-paying jobs to a state whose health care economy was decimated after Hurricane Katrina in 2005. But Greg Sonnenfeld, director of Shreveport’s Willis-Knighton Cancer Center, the only proton therapy provider currently in Louisiana, said recruiting and retaining specialists well-versed in the technology has been a struggle.

Alongside a flagging health care economy are some of the poorest health care outcomes in the nations. Gov. John Bel Edwards has said he’ll veto the million-dollar cuts that could ax everything from Zika virus prevention to mental health services for low-income residents.

However, some cuts may be inevitable, Chandra said, so funding an experimental cancer treatment while trying to cut preventive care seems misguided. He calls the decision to bankroll unproven therapies like proton therapy “unfortunate.”

“We don’t know if the treatment is better — or if it’s cost-effective,” he said. “For governments propping these centers open, it’s not aligned with moving health care toward value at all.”

This article is reproduced with permission from STAT. It was first published on June 2, 2017. Find the original story here.