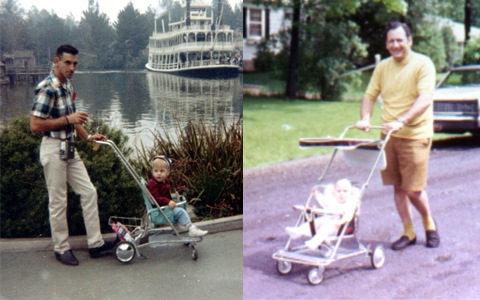 Diaper bags and strollers may do more to change new dads than they think. A new study from researchers at Northwestern University shows that testosterone levels take a dramatic plunge after men become fathers.

Published Monday in the Proceedings of the National Academy of Sciences, the study shows that testosterone production drops as males are forced to shift priorities, duties and mindset when they transition into fatherhood.

While scientists still argue over testosterone’s exact function, it’s fairly clear it provides a boost to confidence, increases competitiveness, and orients men to achieve more in the social world, said Christopher W. Kuzawa, co-author of the study and a faculty fellow at the Institute for Policy Research at Northwestern.

“And all of that can help a male find a stable partner, but it distracts them from the focus needed to take care of a dependent offspring,” he said.

It remains unclear what exactly triggers the change. It could be sleep disruption, stress levels, or the demands of needing to go out and work and provide for the child, but the most likely candidate is interaction with a child, Kuzawa said.

That sets humans apart in the grand scheme of the animal kingdom.

In most species, males aren’t required to participate in the child-rearing process. For mammals, the fetus is usually entirely dependent upon the mother before and after birth. When offspring are weaned, they’re on their own, Kuzawa said. 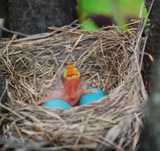 But humans are more like birds when it comes to raising children. A lot goes into protecting the egg, building a stable nest and taking care of the chick for a significant amount of time before it can fly.

“Similarly, raising human children is by necessity a group activity. It requires input from many individuals, and definitely from fathers,” Kuzawa said.

Previous studies were too small and inconclusive to indicate whether men with lower testosterone levels were more likely to have children or whether the hormone dropped for all men after fatherhood.

But in this study, the researchers followed a group of 624 men aged 21.5 to 26-years-old in the Philippines. None were fathers at the start of the study.

The men who initially had high testosterone levels were more likely to find a stable partner and have children, the researchers concluded. But once they did, their hormone levels dropped substantially — especially for those who became highly involved with child care. The most severe dive occurred for new fathers immediately after they brought their babies home from the hospital.

“A lot of people would be freaked out by the fact that testosterone is going down, but this doesn’t mean libido and certain things that we associate with testosterone are shutting down,” he said. “In fact, we think there are actually health benefits.”

For instance, high levels of testosterone increase a man’s risk of reproductive cancers, especially prostate and testicular cancer. It can also suppress immune function, making it more difficult to protect the body against infections.

But in Kuzawa’s view, the most significant part finding in all of this could be that common assumptions regarding the role of men in the evolutionary process might be dead wrong.

“The traditional idea is that males were primarily responsible for hunting and providing and it was females who did the gathering and child raising,” he said. “Our study adds more evidence to the idea that men are biologically wired to provide direct care of their offspring, too.”