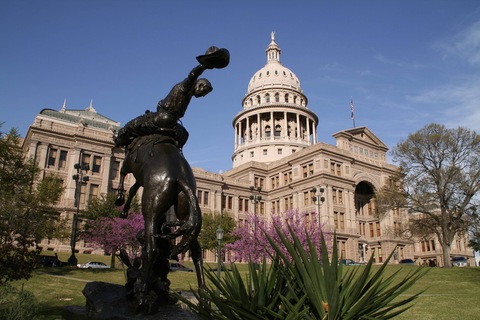 But the traditional health care safety net for some of America’s most fragile citizens is in trouble like never before.

The Kaiser Family Foundation reports that in fiscal 2010 “states were still in the midst of the worst economic downtown since the Great Depression with high unemployment, severely depressed revenues and increased demand for services.” That’s why last year almost every state cut spending on Medicaid to help close budget shortfalls. The 2009 federal stimulus program infused about $87 billion into state coffers to help stabilize Medicaid programs. But that money will dry up next June with no promising prospect for more.

So now states are desperately looking for ways to save money.

In Texas, where Republicans were empowered with major election victories last month, some lawmakers are talking about getting out of the federal Medicaid business altogether. They advocate a 100-percent state-run program that could set its own rules and determine its own benefits. Some officials have cited a report by a conservative think tank, the Heritage Foundation, which found that states like Texas could save $60 billion by 2019 if they opted out of Medicaid.

But on Friday, two Texas state agencies reported that if the state dropped Medicaid it would create a “no-win dilemma” because that would mean a loss of about $15 billion in federal money sent from Washington to support the program. The Texas Health and Human Services Commission said that as many as 2.6 million residents would potentially become uninsured. Texas already has the highest percentage of uninsured residents of any state in the country — last year it was 26.1 percent of the population, or about 6.4 million people.

Republican Gov. Rick Perry said that part of the answer is for Washington to make federal Medicaid rules less restrictive.
“Without greater flexibility and the elimination of federal strings, Medicaid will strangle state budgets,” he told The Dallas Morning News.

Leaders in other states have also been talking about what would happen if they dropped out of Medicaid. Arizona, Wyoming, and Nevada have been studying the issue. Like all the states, they face dwindling revenues, more people applying for Medicaid and food stamp assistance and fewer ways to close the budget gap.

Because the federal government does not allow states to lower basic Medicaid eligibility requirements, cutting benefits is one of the few ways that states can cut costs. A number of states have dropped dental coverage last year, along with some diagnostic tests and physical therapy benefits.

Arizona has done something more drastic. It recently stopped paying for some transplant procedures, including those for patients who need lung transplants, liver transplants for hepatitis-C and some bone marrow transplants. Advocates say that for many people, the cuts could amount to a death sentence. The state’s leading transplant doctors, Medicaid advocates and attorneys for some non-profit organization say they will go before the legislature when it convenes in January hoping to reverse the policy. But already patients who have been on organ transplant waiting lists have been removed.

Even if those who lobby for transplantation to be added back to the list of Medicaid benefits are successful, Arizona and other states still don’t have an answer to their long-term budget problems, especially when so much of their costs are driven by the growing need for Medicaid.

When The New York Times asked financier Felix Rohatyn what he thought about the severity of the nation’s state budget problems over the weekend, he said “It seems to me that crying wolf is probably a good thing to do at this point.”

Meanwhile, over at the NYT’s Room for Debate, experts discuss how to save Medicaid.

Keep up with the NewsHour’s health coverage on our Rx for Reform page.