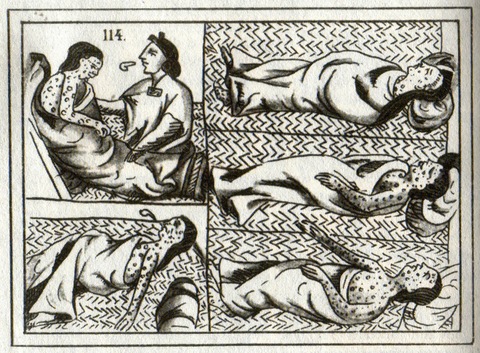 One of the most celebrated medical anniversaries concerns a country doctor named Edward Jenner (1749-1823) who lived in the tiny village of Berkeley in Gloucestershire, Great Britain. Like every general practitioner of his day, Dr. Jenner attended to too many patients struck down by smallpox. For millennia, it was humankind’s deadliest foe — that is, until Jenner figured out a means of preventing it entirely.

As with any great medical discovery, Jenner was hardly alone in his quest for a safe smallpox vaccine. For centuries, healers around the globe introduced their patients to a technique called inoculation (from the Latin inoculare, to graft; its other name was variolation, from the Latin for variola, the formal name of smallpox virus). The procedure entails lancing open a wound and implanting dried scabs or fresh pus containing variola under the skin of a healthy, uninfected person. 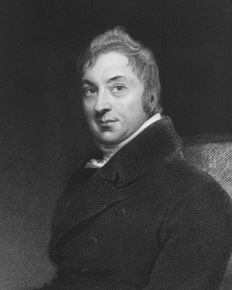 Said to have originated in China, smallpox inoculation was commonly practiced across the Orient and Ottoman Empire. It typically caused a milder form of smallpox but conferred lifelong immunity. Still, inoculation had the power to make many people incredibly ill and a few died as a result of it. Fueling the debate were fears that those inoculated would infect and harm others.

What especially made Dr. Jenner the right man at the right moment was his passion for natural history. His acclaimed studies, ranging from the habitats of cuckoo birds to the dormouse, as well as a deep appreciation of the intersecting lives (and ills) of humans and animals, led him to contemplate how infectious diseases traveled among and between species.

As the story goes, some time in the 1770s, Dr. Jenner was making his appointed rounds when he came across a loquacious milkmaid. Jenner reported an outbreak of smallpox along the countryside and the milkmaid boastingly replied: “I shall never have smallpox for I have had cowpox. I shall never have an ugly pockmarked face.”

Jenner thought long and hard about that woman’s observation during every case of smallpox — and cowpox — he saw thereafter. He hypothesized that the pus in the milkmaid’s cowpox blisters were the result of an infection that was similar to smallpox. This infection, he believed, may have originated in horses before spreading to cows and humans but appeared far less virulent and dangerous to human beings when compared with smallpox. Over the years, Jenner observed that people who encountered cowpox became immune to future encounters with the smallpox virus. But how to scientifically prove such a claim without causing any harm?

On May 14, 1796, Dr. Jenner finally found his chance. That morning, a milkmaid named Sarah Nelmes consulted him about a rash of blisters that suddenly appeared on her arms. Jenner was certain he was examining a case of cowpox and drained some of the pus collecting in Sarah’s blisters. Legend has it that Sarah contracted cowpox from a proper Gloucester dairy cow named Blossom, whose leathery hide hangs in the library of the St. George’s Medical School of London (Jenner’s alma mater) to this very day. 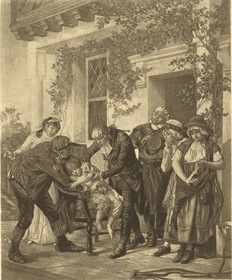 Edward Jenner vaccinating James Phipps, a boy of eight, on May 14, 1796. Lithograph by French artist Gaston MÃ©lingue from the late 19th century.

Armed with the miraculous elixir, Jenner wanted to try it out on an 8-year-old Berkeley boy named James Phipps. An Institutional Review Board would never approve such a potentially perilous experiment today. Yet in the late 1700s, smallpox represented a clear and present danger. So when Dr. Jenner promised the boy’s parents that the risks were minimal compared to the powerful gift of immunity to the dreaded smallpox, they readily agreed.

Taking no chances, Jenner made inoculation scars on each of Jimmy Phipps’ arms and, the next day, nursed the boy through a course of mild fever and some generalized discomfort. Six weeks later, Jenner exposed Phipps to the real smallpox virus and … nothing happened! As Jenner later declared, “the cowpox protects the human constitution from the infection of smallpox.” The Latin word for cow is vacca, hence the Latin name for cowpox virus, vaccinia, and, more famously, the word “vaccine”.

Jenner combined his collection of patients who had contracted cowpox and developed immunity to smallpox as well as those he vaccinated with cowpox to form the body of his 1798 treatise, “An Inquiry into the Cause and Effects of the Variolae Vaccinae, a Disease Discovered in Some of the Western Counties of England, Particularly Gloucestershire, and Known by the Name of the Cow-Pox.” And because Jenner’s vaccine has prevented hundred of millions of deaths over the past 217 years, his Inquiry may well be the most important book in the history of medicine. 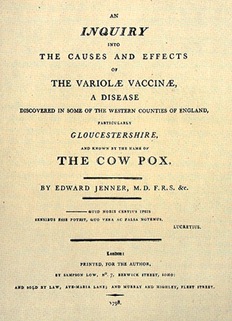 Within months of publication, Jenner’s cowpox vaccine became the major means of preventing smallpox, especially across Europe and in the United States. In 1801, President Thomas Jefferson declared vaccination one of the nation’s first public health priorities. Two years later, he instructed Meriwether Lewis and William Clark to bring vaccine on their expedition to the Pacific and encourage those they met “in the use of it.” In 1806, Jefferson predicted to Jenner that smallpox would be someday eliminated from human experience. Jefferson was right, of course, but that noble goal was not accomplished until 1979.

In recent years, several armchair historians have questioned the primacy of Edward Jenner’s discovery. To be sure, the inoculation of variola, or smallpox, virus predates Jenner by centuries and was famously recommended on both sides of the Atlantic by such luminaries as Cotton Mather, during the Boston smallpox epidemic of 1721, and Lady Mary Wortley Montague who imported the technique from Istanbul to London that same year. During the late 18th century, several people considered cowpox as a means of preventing smallpox, including John Fewster, a London physician, in 1765, and Benjamin Justy, a remarkably observant farmer from Dorset, in 1774. Nevertheless, it was Edward Jenner who published the most authoritative medical investigation first and it is Jenner who we most consistently celebrate as the smallpox vaccine’s parent.

Alas, such contretemps over “who was first” is a common one in the history of science and medicine. When attempting to accommodate the long list of others who contributed to Jenner’s historical victory, one is reminded of that great line from John Ford’s 1962 film, “The Man Who Shot Liberty Valance”: “When the legend becomes fact, print the legend.”