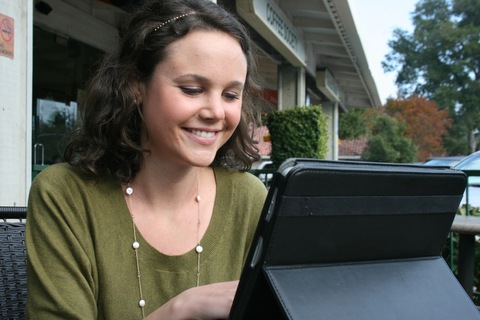 Alexis Reilly, 22, at a coffee shop near her home in Los Gatos, Calif.

The teen drama at the end of Alexis Reilly’s freshman year of high school ran deeper than awkward dates or bad friends. It was more definitive than that. After a night of uncomfortable sleep, she found a lump in her neck.

The blur of the next six months swirled around one central phrase: Hodgkin’s lymphoma. To most teenagers, simply: cancer.

Seven years later, it’s not the memory of chemotherapy, radiation or hair loss that sticks with Reilly most. It’s the loneliness of that time — the worried stares, isolation and realization that programs available to help her mentally cope with a cancer diagnosis were fairly sparse. In fact, Reilly only saw her social worker twice throughout the entire ordeal. 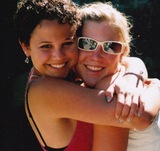 “Cancer as a teenager is not like cancer as a kid, where a lot of times you don’t even remember much of the treatment when it’s all over. As a teenager, I knew exactly what was going on, but I wasn’t really old enough to deal with it myself,” she said. “I was lucky to have a lot of friends and family, but we could have really used the extra support.”

Reilly is on course to become that kind of person for future teens. She’s now a social work graduate student at UCLA and part of a growing chorus — one headlined by the likes of Roger Daltrey and Pete Townshend of the classic rock band The Who — demanding more specific treatment and emotional programming for adolescents. Rather than funneling teens into adult or pediatric programs, where they generally feel like outsiders, they say that teens should receive specialized attention.

“The psychological benefit of putting teenagers with teenagers rather than 4-year-old children or geriatrics is enormous,” Daltrey told the NewsHour. “One of the patients that I’m friends with is recovering from a brain tumor at the age of 15, and he was greeted by clowns with ukuleles and spoons, and a screaming 4-year-old in the next room. That’s not very conducive to healing.” 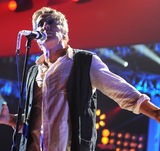 Between gigs for the past quarter-century, Daltrey has been helping Britain’s Teenage Cancer Trust raise funds and awareness for more than 20 teen cancer centers, mostly in the UK. It’s his way of repaying the demographic that made him famous: “Our whole business was founded on the backs of teenagers.” But beyond that, he said, “It’s a bloody good investment.”

When hospitals provide the space, it costs about a million dollars to equip the centers and another million to keep them running for two years, Daltrey said. “This side of it — environment — is relatively cheap,” he said. “But by doing that, the psychological benefit, we reckon, is about 15 percent addition to the benefit of the medicine.”

In November, Daltrey announced his first expansion of the program into the United States: the Daltrey/Townshend Teen & Young Adult Cancer Program at UCLA.

Listen to the NewsHour’s full interview with Daltrey here:

When it’s completed, patients will be treated in private rooms that surround a common lounge, including separate areas for hanging out, studying and listening to music. Teens consulted for the project opted for a “local L.A.” look for the center — dark paints, recessed lighting, palm trees and graffiti. Nurses are being trained to work with the mood swings of young adults, and the medical treatments are being tweaked. Chemo regimens, for instance, will be offered later in the day as a nod to the night-owl habits of some teen patients.

“We have to think outside the box in terms of the traditional care they receive,” said Jackie Casillas, director of the center. “Particularly, we need to take the resources that have existed for these patients in two very separate silos — pediatric and medical oncology — and bring them together in this one space. It’s a challenge, but we’re not the only program recognizing it’s one that’s worthwhile.”

The movement’s been slowly building for a little over two decades now, according to Dr. Archie Bleyer, former chair of the Children’s Cancer Group and one of the first to sound the alarm that teens were being “left behind” in the research and medical oncology community. In the early-1990s, Bleyer and his colleagues traced the trend to some key factors: Teen cancers are less prevalent, very different, and — therefore — relatively more expensive to study than their childhood counterparts.

But Bleyer believes there was probably also another reason: “It’s very hard to take care of older adolescents and young adults. It’s hard enough to go through that yourself, much less help someone else,” he said. “But until we can really do that well, including understanding their needs, relating to them, becoming a better friend to them — at this critical time of their lives — we’re not going to make much progress closing this gap.”

From a medical standpoint, that’s why teen cancer centers are so critical, he said. In the last decade, most large children’s hospitals have struggled with this idea “and some have implemented real change,” he said. “But these are a minority.”

Not everyone feels that way. “In general, there is a wealth of support not just for teens but all children and families,” said Fran Greeson, director of social work at St. Jude Children’s Research Hospital in Memphis. St. Jude has a teen space of its own, but Greeson — who was also a former board member of the Association of Pediatric Oncology Social Workers — said that hospitals that don’t have those kinds of resources are finding ways to meet the emotional needs of their teen patients.

But over the last several decades, she’s also noticed a trend toward specialized support for teen cancer patients: “I think as more social work professionals focus on pediatric oncology, more will also continue specializing in teen issues,” she said. “So this is building with time, and that’s very positive.”

In Bleyer’s words, it’s “become a bandwagon, a cause celeb, a point of great of reasonable acclaim.” That “building” sensation is coming from academia — from researchers who say it’s medically and emotionally damaging to lump teens with other groups — but also from the young people themselves through social media.

“They’re saying it themselves quite clearly: ‘We’re under-studied. It’s time for a change.’ And as a result, things are turning around wonderfully. I’ve been able to sit back and enjoy it rather than pulling the wagon myself,” Bleyer said, laughing.

Daltrey estimates that the bandwagon will ride across the entire United States within 10 years’ time. But he’s still puzzled as to why it’s taken so long to get to this point. He excuses the medical profession for not recognizing teenagers as a distinct group through the 1950s. Things were much more regimented before that, he said, and there was little time or patience for the transition to adulthood.

Then came a cultural wave that “allowed teenagers to invest in themselves and be themselves at that age,” he said. “Past James Dean and Elvis, there is no bloody excuse whatsoever.”

Tune in to the NewsHour broadcast this week for health correspondent Betty Ann Bowser’s full report on the progress made in pediatric oncology since the beginning of the so-called “War on Cancer” 40 years ago.

And we’re collecting photos of your own connections to teen and childhood cancer for a NewsHour project. Find out how to participate here.

WATCH: WHO says coronavirus cases in the world reach 12 million