The painful story behind modern anesthesia 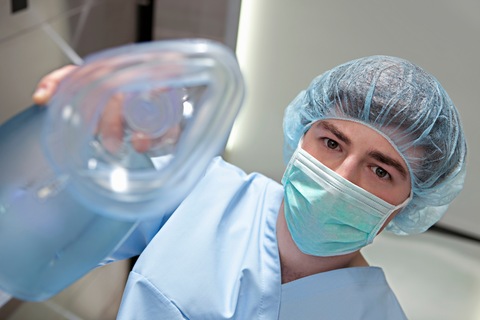 In a monthly column for PBS NewsHour, Dr. Howard Markel revisits moments that changed the course of modern medicine on their anniversaries, like the groundbreaking use of anesthesia on a surgical patient on Oct. 16, 1846. Photo by Image Source.

One of the truly great moments in the long history of medicine occurred on a tense fall morning in the surgical amphitheater of Boston’s Massachusetts General Hospital.

It was there, on Oct. 16, 1846, that a dentist named William T. G. Morton administered an effective anesthetic to a surgical patient. Consenting to what became a most magnificent scientific revolution were John Warren, an apprehensive surgeon, and Glenn Abbott, an even more nervous young man about to undergo removal of a vascular tumor on the left side of his neck.

Both Warren and Abbott sailed through the procedure painlessly, although some have noted that Abbott moved a bit near the end. Turning away from the operating table toward the gallery packed with legitimately dumbstruck medical students, Dr. Warren gleefully exclaimed, “Gentlemen, this is no humbug!” 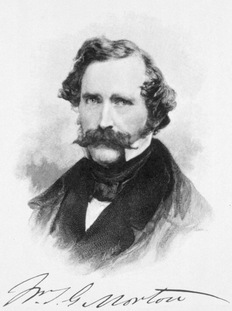 Regardless of composition, Letheon inspired a legion of enterprising surgeons to devise and execute an armamentarium of lifesaving, invasive procedures that continue to benefit humankind to this very day.

Yet while the discovery of anesthesia was a bona fide blessing for humankind, it hardly turned out to be that great for its “discoverer,” William T. G. Morton.

Morton began his dental studies in Baltimore in 1840. Two years later he set up practice in Hartford, ultimately working with a dentist named Horace Wells. At this time, surgeons could offer patients little beyond opium and alcohol to endure the agonizing pain engendered by scalpels.

From the late 18th century well into the 1840s, physicians and chemists experimented with agents such as nitrous oxide, ether, carbon dioxide, and other chemicals without success. In an era before the adoption of daily dental hygiene and fluoride treatments, excruciating tooth extractions were an all too common part of the human experience. Consequently, dentists joined physicians and surgeons in the Holy Grail-like search for safe and effective substances to conquer operative pain.

Around this time, Morton and Wells conducted experiments using nitrous oxide, including a demonstration at Harvard Medical School in 1845 that failed to completely squelch the pain of a student submitting to a tooth-pulling, thus publicly humiliating the dentists. Although Morton and Wells amicably dissolved their partnership, Morton continued his search for anesthetic agents.

A year earlier, in 1844, during studies at Harvard Medical School (which were cut short by financial difficulties), Morton attended the lectures of chemistry professor Charles Jackson. One session was on how the common organic solvent sulfuric ether could render a person unconscious and even insensate. 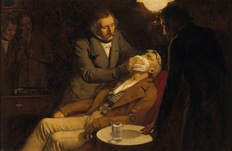 An illustration of the first use of ether as an anesthetic in 1846 by the dental surgeon W.T.G. Morton. Photo: Wikimedia Commons.

Recalling these lessons during the summer of 1846, Morton purchased bottles of the stuff from his local chemist and began exposing himself and a menagerie of pets to ether fumes. Satisfied with its safety and reliability, he began using ether on his dental patients.

Soon, mobs of tooth-aching, dollar-waving Bostonians made their way to his office. Morton relished his financial success but quickly perceived that Letheon was good for far more than pulling teeth.

Morton’s remarkable demonstration at the Massachusetts General Hospital that long ago October morning transmogrified his status from profitable dentist to internationally acclaimed healer.

But the half-life of his celebrity turned out to be molto presto, followed by an interminable period of infamy and hardship during which he was lambasted for insisting on applying for an exclusive patent on Letheon.

In the United States of the mid-19th century, it was considered unseemly, if not outright greedy, for members of the medical profession to profit from discoveries that universally benefited humankind, particularly from a patent for what turned out to be the easily acquired sulfuric ether.

As long as Morton stuck to dentistry, many physicians argued, he could do as he liked; but if he desired acceptance of Letheon by physicians and surgeons, he needed to comply with what they considered their higher-minded ideals and ethics.

Morton aggressively rejected all such suggestions, much to his detriment. There was also the issue of credit. Horace Wells demanded his share. So did Crawford W. Long, a Georgia practitioner who claimed to have used nitrous oxide and ether as early as 1842 but who was too busy to publish his findings. Morton’s former professor, Charles Jackson, argued that he, too, deserved a piece of the action. 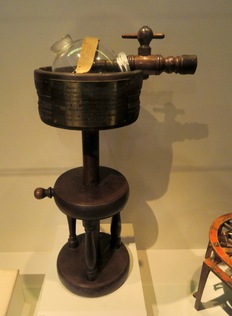 While many toyed with anesthetic agents, it was Morton who first developed a novel delivery instrument to enable ether inhalation during an operation.

The device consisted of a glass flask with a wooden mouthpiece that could be opened and closed depending on the patient’s state of consciousness.

This was critical because other experimenters, including Wells and Long, could not ensure rapid reversibility of the anesthetic state and often overdosed their patients.

Morton’s genius resided not only in his observations of the power of ether but also in his development of a crude but scientific method of regulating its inhalation, thus creating the field of anesthesiology.

Not everyone saw it that way. Vigorously combating the whispered and shouted campaigns against him, the dentist spent his remaining days trying to restore his sullied reputation. Morton died broke and embittered in 1868. It would be many decades more before Morton was rightfully returned to the pantheon of medical greats.

Morton’s search to conquer pain was a remarkable contribution to medicine and human health even if it did not turn out to be the personal and financial success he so badly craved.

Although Morton was a man of great accomplishment, he was all too human.
Sadly, like many human beings, Morton aggressively hunted for fame, glory, professional success, and ego gratification at the expense of judiciously contemplating the consequences of his actions. It was a quest that cost him dearly even as it made life– and surgically correctible illnesses — far better for the rest of us.