The Day Scientists Discovered the ‘Secret of Life’ 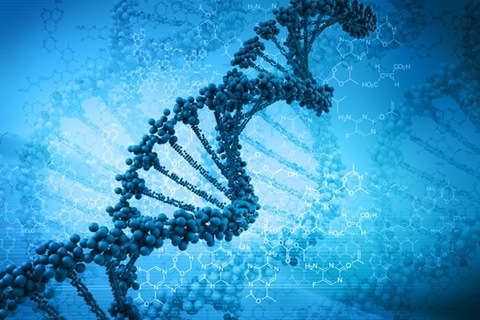 The place: The Eagle, a genial pub and favorite luncheon spot for the staff, students and researchers working at the University of Cambridge’s old Cavendish laboratory on nearby Free School Lane. 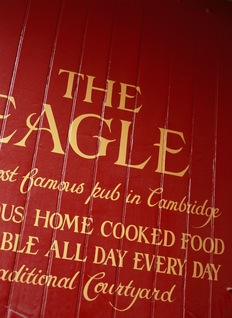 The pub in Cambridge, England, where where Francis Crick reportedly announced, “We have discovered the secret of life.”

Two men entered the noisy pub to create even more noise. The first was a tall, gangly, 25-year-old American bacteriologist with uncombed hair named James Watson. The second, Francis Crick, was a 37-year-old British physicist who, according to one of his scientific rivals, looked like “a bookmaker’s rout.”

Indeed, they had. That very morning, the two men worked out the double helix structure of deoxyribonucleic acid, better known to every first-grader as DNA.

Mind you, they did not discover DNA. That scientific feat was actually accomplished in 1869 by Friedrich Miescher, a physiological chemist working in Basel, Switzerland. Miescher determined that DNA, a nucleic acid found in the cell’s nucleus, was comprised of sugar, phosphoric acid, and several nitrogen containing bases. But for decades, no one quite knew much about its precise function.

In 1944, a trio of scientists, Oswald Avery, Colin Macleod, and Maclyn McCarty, determined that DNA was the “transforming principle,” the substance that carries genetic information. Nevertheless, there remained many naysayers who felt that the chemical composition of DNA was far too simple to carry such complex data and, instead, argued that proteins must contain the true genetic material.

Proving how the simple brew of chemicals contained in DNA carried such an array of information required an elucidation of its actual structure, echoing a centuries’ old concept in the history of medicine and science that continues to this very day: specifically, one must determine the form of a biological unit before one can begin to understand its function. 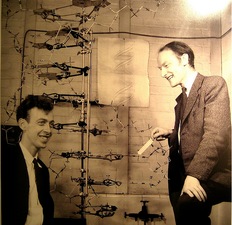 Watson and Crick with a DNA model. The pair was
photographed in the Cavendish Laboratory, University of Cambridge, UK, in May 1953.

Watson and Crick worked with three-dimensional models to re-construct the DNA molecule, much as a college student uses those pesky sticks and balls to cram for an organic chemistry exam.

Only 50 miles away, however, a team of scientists at King’s College in London was using a relatively new technique called X-ray crystallography to study DNA. One of them, Rosalind Franklin, succeeded in taking an X-ray diffraction pattern from a sample of DNA that showed a clearly recognizable cross or helical shape. Unbeknownst to Franklin, one of her colleagues let Watson see the image a few days earlier.

Franklin’s DNA picture experimentally confirmed the correctness of the theoretical double helical model Watson and Crick were developing. As Watson later reflected on the importance of Feb. 28, 1953: “The discovery was made on that day, not slowly over the course of the week. It was simple; instantly you could explain this idea to anyone. You did not have to be a high-powered scientist to see how the genetic material was copied”.

They finished building their now-famous model on March 7, 1953.

Watson and Crick published their findings in the April 25, 1953, issue of Nature. It was a brief communication that discussed the double helix of DNA and suggested that the two strands of DNA allowed it to create identical copies of itself. Regardless of the report’s brevity, the announcement changed the world of medicine and science forever. 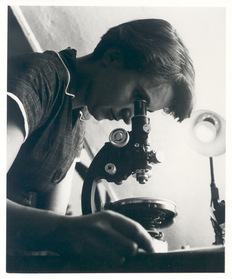 Tragically, in 1958 Rosalind Franklin died of ovarian cancer. She was 37 years old. Watson and Crick, along with Maurice Wilkins (the colleague of Franklin’s who showed Crick her data), won the Nobel Prize for Medicine or Physiology in 1962. But because the Prize rules prevent it from being awarded posthumously, Franklin did not receive the credit she so richly deserved until years after her death.

In his 1968 memoir, “The Double Helix,” James Watson discusses his less-than-gentlemanly rivalry with Rosalind Franklin as well the appreciation he came to acquire for her brilliant work. Gallant, perhaps, but the credit was a dollar short and quite a few days too late.

Feb. 28, 1953, was a landmark day in human history, medicine and science as well as a transformative moment in the lives of Watson and Crick. Sadly, it was just another day in the laboratory for the unsung Rosalind Franklin.