At 1:00 in the afternoon of April 12, 1945, Franklin Delano Roosevelt was sitting in a chair near the fireplace of his cottage, which was perched atop Pine Mountain in Warm Springs, Georgia. Over the previous 12 years, reporters came to refer to the president’s quaint lodge of respite as “the Little White House.”

The president was in high spirits despite a long period of poor health and, a few weeks earlier, a bout of arduous negotiating at the Yalta conference, which mapped out the end of World War II. Also present at the Little White House were his cousins Daisy Suckley and Laura “Polly” Delano, his secretary Grace Tully, some military aides and medical attendants, an artist named Elizabeth Shoumatoff, who was making some sketches in preparation for a presidential portrait, and, perhaps most relevant for FDR’s improved mood, his mistress, Lucy Mercer Rutherfurd.

In the years since his death, some retrospective diagnoses have included a series of mini-strokes, poisoning by enemies of the state, and a malignant melanoma.

Lucy, it may be recalled, was Eleanor’s social secretary while Franklin was Woodrow Wilson’s assistant secretary of the Navy. Eleanor found out about his affair with the beautiful socialite just after Franklin returned from Europe in September of 1918 with a galloping case of the Spanish influenza. While unpacking his things, Mrs. Roosevelt found a packet of love letters from Lucy. Eleanor vowed to divorce FDR if the relationship did not end pronto, and FDR’s mother threatened to write him out of the family’s money. These two blows would have effectively ended his political career. The affair re-heated during FDR’s presidency. During the war, his daughter Anna arranged for visits with Lucy when Eleanor was out of town.

After traveling some 14,000 miles to Yalta and back, Franklin Roosevelt arrived to Warm Springs on March 30, 1945, looking haggard and gaunt, with dark circles under his eyes, obvious weight loss, and an overall aura of fatigue. This was decidedly not the picture of health and optimism that the jaunty FDR famously exhibited in years past. The president hoped that a few weeks of rest and recreation in the warm mineral waters of Georgia would do the trick before traveling west to San Francisco for the United Nations conference on international organization to be held on April 25.

There was more to the president’s poor appearance than mere overwork. He had long suffered the effects of poorly controlled hypertension, (high blood pressure) in an era when one of the only medications available to lower it a bit was the soporific phenobarbital. The president also suffered from hypertension’s most common aftermaths: atherosclerosis, arteriosclerosis and congestive heart failure. 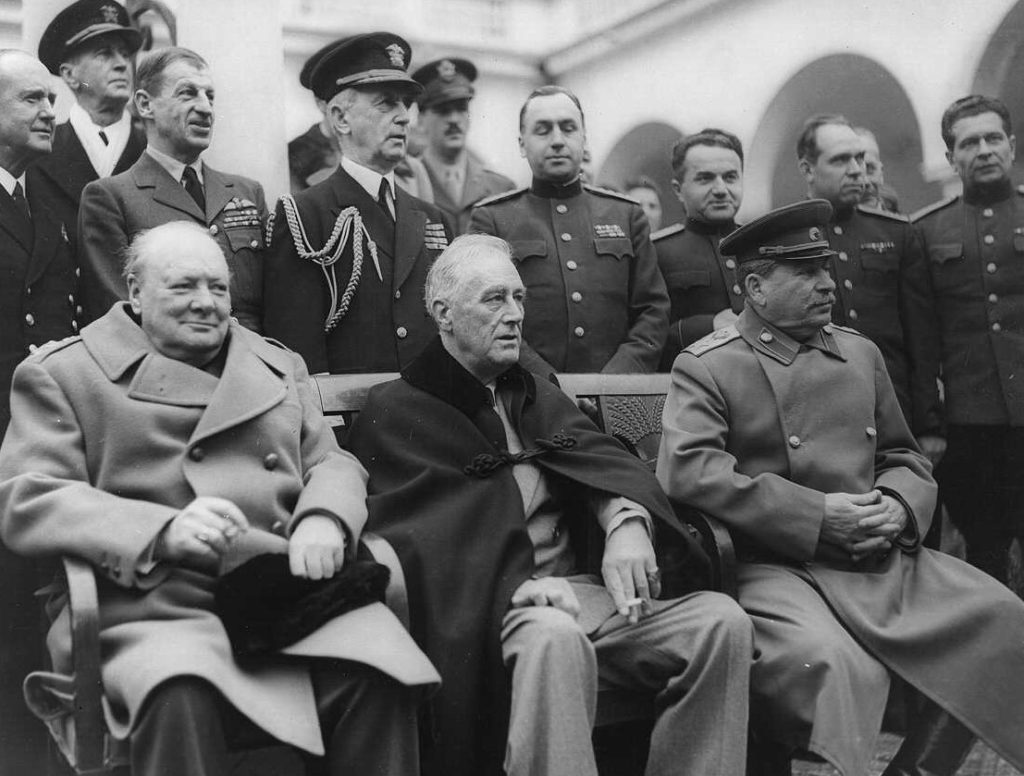 On the morning of the 12th, Roosevelt woke up at 9:20 a.m. and had a light breakfast. He complained of a mild headache and some neck stiffness but the latter seemed to resolve with mild massage. Despite the warm and humid clime, FDR felt a chill and asked for a warm cape to be draped on his shoulders. As the president casually read the newspapers and composed a few letters at a card table that served as his make-shift desk, the artist Shoumatoff set up her easel and painted away. At 1:00 pm, the president said, “We have about 15 minutes more to work.”

At that point, Daisy thought Franklin had dropped one of his ever-present cigarettes because his head drooped forward and he seemed unable to raise it. She asked her cousin what was wrong. He raised his left hand to the rear of his head and said in a soft whisper, “I have a terrific pain in the back of my head.” Those were the eloquent Franklin Roosevelt’s final words.

READ MORE: Presidents get sick and die. What happens next hasn’t always been clear

Despite the ministrations of his doctors, he was declared dead at 3:35 pm. Only an hour before his demise, Lucy Rutherfurd and Elizabeth Shoumatoff hurriedly left the Little White House and drove their way to Aiken, South Carolina.

Franklin Roosevelt, the nation’s longest serving president and, perhaps its most successful commander-in-chief, died 83 days into his fourth term at the age of 63. The immediate cause was a massive cerebral hemorrhage.

A number of physicians and conspiracy theorists have long debated that FDR was not of sound mind and body during his last months of office. This is an argument Roosevelt’s own physicians, close friends and relatives have heatedly denied. One of the great shibboleths in this debate concerns his last address to Congress on March 1, 1945, which he made from his wheelchair rather than gripping onto a lectern.

Ten years to the day of the president’s death, Dr. Jonas Salk’s effective and safe vaccine to prevent polio was announced — a fitting memorial for one of our greatest presidents.

“I hope that you will pardon me for this unusual posture of sitting down,” the president began his speech, “but I know you will realize that it makes it a lot easier for me not to have to carry about 10 pounds of steel around on the bottom of my legs.” On the radio, many listeners noted an occasional hesitance or loss for words, something rarely, if ever, heard in an FDR speech. When asked about it later by reporters, Roosevelt laughed it off and explained how he had gone “off book” from his prepared remarks and then encountered difficulties finding his place when returning to the printed speech.

In the years since Roosevelt’s death, some retrospective diagnoses have included a series of mini-strokes before his final “cerebrovascular accident,” all the way to poisoning by enemies of the state, and a malignant melanoma that spread into his brain, causing his cerebral hemorrhage. Alas, an autopsy was not performed at Eleanor’s request.

In the end, FDR’s health — once threatened so severely by his bout of poliomyelitis in 1921 and the resultant paralysis of his lower body — finally gave out after years of carrying the weight of the United States, and ultimately the free world, on his muscular shoulders.

Ten years to the day of the president’s death, on April 12, 1955, representatives of his foundation, the National Foundation for Infantile Paralysis (the March of Dimes) announced Dr. Jonas Salk’s effective and safe vaccine to prevent polio. A more fitting memorial for one of our greatest American presidents is difficult to imagine. 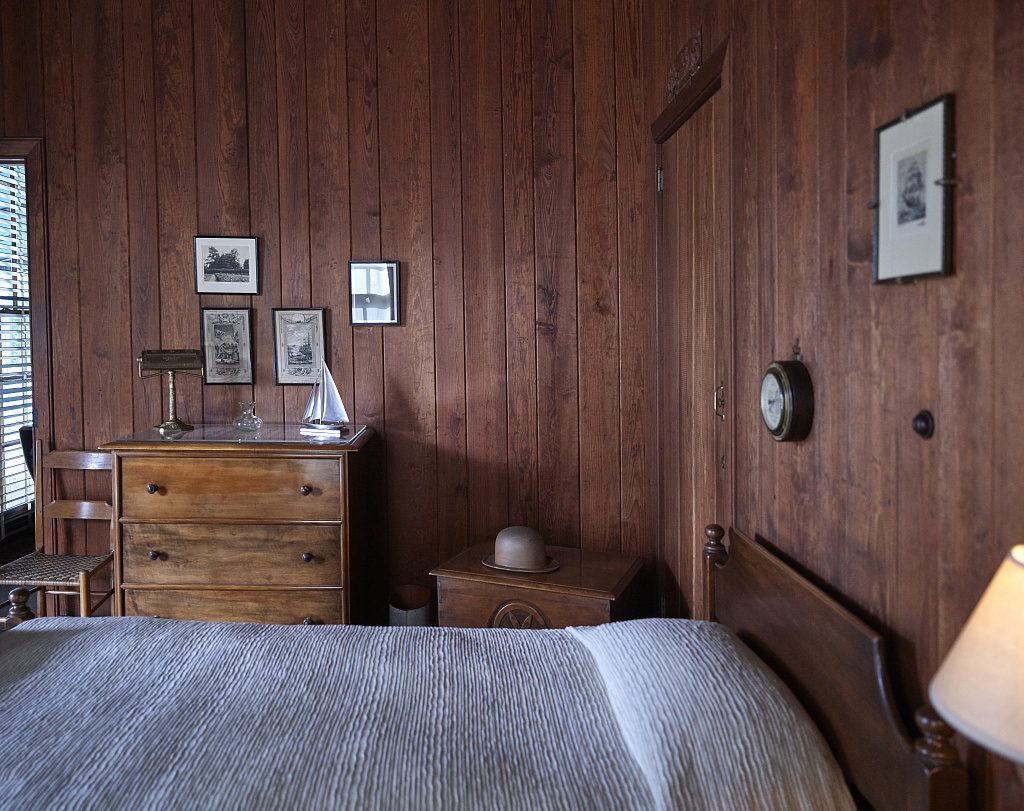 Left: President Franklin Delano Roosevelt arrives at the Capitol for his speech to the assembled members of Congress, March 1, 1945. Photo by Getty Images/Bettmann