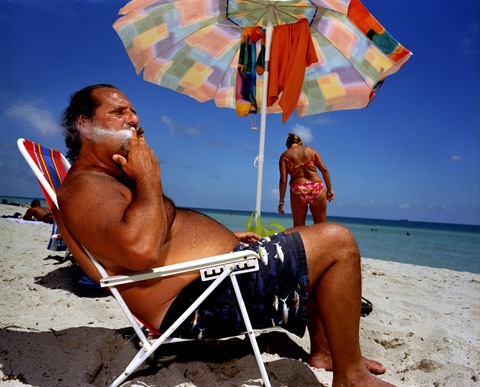 Smoking on the beach has become more difficult in recent years due to new smoking bans. But who and what are these bans meant to protect? Photo by Cal Crary/Getty Images

Summer has officially begun and for many, it’s time for sun, sand and swimming. But don’t count on lighting up a cigarette while you’re at the beach.

Over the last few years, you may have noticed more “no smoking” signs have cropped up on parks and beaches. They’re part of a larger trend banning smoking at outside, public areas. In fact, smoking has been banned in 843 parks and more than 150 beaches in the last two decades.

What beachgoers probably aren’t thinking about is the ethics behind these bans, which began taking hold in the early 1990s.

Public health officials have long argued the bans are meant to eliminate dangers from secondhand, or “sidestream smoke,” reduce the environmental impact of cigarette butts and to keep young, impressionable children from picking up on bad habits. Makes sense, right?
But a new article in this month’s Health Affairs looks at the shockingly slim evidence behind these bans. 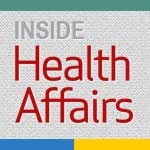 “I discovered the evidence was really weak,” explained lead author Ronald Bayer, a professor at Columbia University’s Mailman School of Public Health. “The evidence of harm to non-smokers on the beach or in a park from someone smoking is virtually non-existent.”

Bayer is points out that there is, however, an important public health benefit from such bans. “They make it more difficult for smokers to smoke,” Bayer told us, “and contribute in an important way to the ‘denormalization’ of smoking.”

Bayer joined PBS NewsHour late last week to discuss the new study and the potential risks the rationale behind these bans have on future public health initiatives. 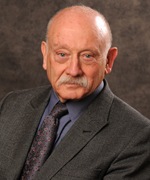 PBS NEWSHOUR: Ronald Bayer, thank you for joining us. This is an interesting ethical question to look into. What started you down this road?

RONALD BAYER, COLUMBIA UNIVERSITY MAILMAN SCHOOL OF PUBLIC HEALTH: I noticed when my students of public health talked about illicit drugs like heroin or cocaine or marijuana, they adopted a libertarian point of view — emphasizing how the government has no business intruding on people’s choices and all those negative consequences. But when I raised the issue of tobacco, they all became in a way, authoritarian. “We have to limit smoking, we have to limit where people smoke, we have to protect people from themselves, we have to protect their children.” I was struck by the difference. And I asked my students, “How come when you talk about the other drugs, you adopt sort of a hands-off position, but when you talk about tobacco, you believe the government should intrude more?” I listened to them, and I took their lead in a way, and I said, this was very interesting — what explains this?

PBS NEWSHOUR: Let’s a step back: why, and when, did these bans start taking effect?

BAYER: They really began in earnest in the early 1990s, so it’s part in parcel of the tightening of the tobacco control movement, the recognition that we have to do more because several hundred people die each year from tobacco-related diseases. I looked at the arguments for why we had to ban smoking in parks and beaches, and there were three — and they were really very striking.

One was that smoking is dangerous to people around the smoker. So, it’s one thing if a smoker wants to smoke, it’s his or her business, but as one tobacco control advocate said, if you can smell it, it may be killing you. We’re familiar with the second hand smoke argument — that’s what happens if you ban smoking in a bar, or a restaurant. But the beach or a park is a very different location. It’s open, the air is open. So what is the risk? And the public health people said, we don’t know the exact risk, but there is a risk, and it’s unacceptable.

The second argument was that tobacco butts endanger wildlife, because they get washed into the sea and fish and birds consume these butts and it kills them. Or, cigarette butts represent the kind of revolting kind of litter on beaches, and to prove that, people involved in environmental control would actually count the number of cigarette butts they found on a beach and there are billions and billions of those, as you can imagine.

The third argument, and the most interesting argument to me, was that parents and families have the right to take their kids to the beach, or a park, without seeing anyone smoke. It’s like bad behavior, just the way we want to protect our kids from hearing people curse, or get drunk; we don’t want them to see smokers because maybe they’ll emulate it.

PBS NewsHour: And do these arguments pan out?

So I said to myself, what’s going on here? What’s the public health impulse that’s involved that leads to these bans if the evidence is so weak? Because everyone in public health believes that what we do should be evidence-based.

What was involved was that we really wanted to make it less and less possible for people to smoke, because it’s bad for them and we’re trying to protect smokers themselves from a behavior that’s going to increase the risk of disease and death.

PBS NEWSHOUR: So, why did public health officials base their case on this weak evidence?

BAYER: The question now is, how come public health officials can’t come out straight and say the reason we’re banning smoking on parks and beaches is we want to protect smokers. We want to get them to give it up, we want them to smoke less and we want to make it more difficult for people to begin smoking.

PBS NEWSHOUR: So are these cigarette bans that same type of finger wagging?

BAYER: I actually think these bans on parks and beaches represent, I think, a kind of paternalism, a kind of nanny state. The question is, is the nanny state so wrong? If we could eliminate 400,000 deaths a year over time because fewer and fewer people smoke, would that be so bad? And I think not. But I think public health officials are afraid to make the case that directly, so they get caught in making a case that, I think, is easily picked apart.

PBS NEWSHOUR: Have these bans proven effective? Is there any link between more of these bans and lower smoking rates, or healthier populations?

BAYER: That’s a good question, and actually, the evidence is still weak. It’s not clear.
But it is clear that the general process of denormalizing smoking has an effect. It has an effect on quit rates and it has an effect on start rates. So that as part of a broader campaign to denormalize — to take something that was normal, social behavior, and to turn it into something a little weird, a little off — (it) does in fact have an impact, as do taxing tobacco products.

PBS NEWSHOUR: In your conclusion, you state, “Public health must, in the end, rely on public trust.” Was there a risk that public health officials took justifying these bans the way they did?

BAYER: Well, I actually do think there’s a risk. My concern is that when public health officials make claims that can’t be backed by the evidence, they run the risk of people saying, “We can’t trust you.” I understand it is probably more effective to say the reason we’re banning smoking in parks and beaches is that we’re protecting you from sidestream smoke, or your kids from looking at something very bad for them or that we’re protecting wildlife. That might be more effective way in the short run of getting these statutes or regulations passed and put into place.

But in the long run, I think, that if people begin to feel that they’re being toyed with, that the evidence is not being presented in a straightforward way, it’s going to backfire. I think the evidence in the arguments made to implement these bans is absent, and in some of the cases, very weak.

BAYER: In a crude way, honesty may be a more difficult policy, but I think it is in fact the best policy for public health.

PBS NEWSHOUR: Ronald Bayer, thanks for joining us.

BAYER: Thanks for having me.