You’re seeing the signs in pharmacies and perhaps around your workplace. Your doctor’s office may be calling to schedule an appointment. It’s just that time.

But you may have been hearing puzzling things about flu shots over the past couple of years.

In late June an expert committee that advises the US government on vaccination policy recommended that the nasal spray vaccine FluMist, which has been used by millions, not be used this season.

While the flu is a common illness, that hardly means the science around it is static. Some recent studies have suggested that getting a yearly shot may actually diminish the benefit of successive vaccinations. Others have raised the possibility that statins — the commonly used cholesterol-lowering drugs — may actually interfere with your immune system’s response to influenza vaccine.

Meanwhile, the Centers for Disease Control and Prevention recently recommended against the use of the nasal mist vaccine that many kids prefer over injected vaccine.

So are the shots worth the bother? STAT asked some influenza vaccine experts to break down what we’ve learned lately about flu shots and what you need to know as the winter draws near.

READ MORE: Nasal flu vaccine is not working and should not be used this season, expert panel concludes

Nasal flu vaccine loses its luster — or does it?

In late June an expert committee that advises the US government on vaccination policy recommended that the nasal spray vaccine FluMist, which has been used by millions, not be used this season.

The reason: Studies conducted by the CDC had shown that for the past three flu seasons the vaccine wasn’t protecting the people who got it.

It’s not clear why. Adding to the confusion, a study by the vaccine’s manufacturer, MedImmune, suggested the mist was effective. (MedImmune is a division of AstraZeneca.)

Both the CDC and the Food and Drug Administration are working with the company to try to figure out what’s going on.

In Canada, meanwhile, kids will have the option of getting FluMist this fall because data gathered there showed the vaccine was working — though not quite as well as injectable vaccine.

In Canada, meanwhile, kids will have the option of getting FluMist this fall because data gathered there showed the vaccine was working — though not quite as well as injectable vaccine, said Dr. Danuta Skowronski, a flu expert at British Columbia’s Center for Disease Control in Vancouver.

“I think they struck the right balance in that decision,” Skowronski said of the experts who decided to retain the vaccine in Canada.

How can we make sense of all of this conflicting information? There are some theories.

FluMist seemed to work well in the United States until MedImmune changed its formulation a few years ago to put an extra component in the vaccine. It had protected against three flu virus families; now it protects against four. Maybe something happened in that process?

Or perhaps repeatedly vaccinating children with this vaccine is diminishing its effectiveness?

For now, there’s no answer. While the search for one continues, the CDC has recommended US doctors not administer FluMist this flu season.

Questions over the impact of repeat vaccinations

There have been suspicions for decades that getting a flu shot year after year might invoke a law of diminishing returns. Those suspicions stem from a 1970s study in which a researcher observed that boarding school students who were vaccinated each year were more likely to contract influenza.

In the late 1990s a British researcher named Derek Smith hypothesized that repeated vaccination could trigger beneficial results — which he called positive interference — when the viruses the vaccine targets were different from one year to the next.

But he also suggested when the vaccine targets the same specific virus in successive years, the antibodies created in the first year might dampen antibody production the second year. He called that negative interference.

In recent years, a new method of measuring the effectiveness of the flu vaccine has put this theory back on the table. In 2014 scientists from Marshfield Clinic Research Foundation in Marshfield, Wisc., found that people who received the flu vaccine generated higher levels of antibodies — compared with people who received an annual shot — if they hadn’t been vaccinated in the previous five years.

Dr. John Treanor, an influenza vaccine expert at the University of Rochester in New York, said it appears there’s something there.

“It’s really unclear exactly what the mechanism is and I think that’s going to be an area of very intensive investigation over the next few years,” said Treanor.

The problem is, even if the theory proves true, it would be hard to act on the information, he noted. Flu vaccine contains protection against three or four types of viruses, depending on the brand. It is very rare that all four viruses would change from year to year. 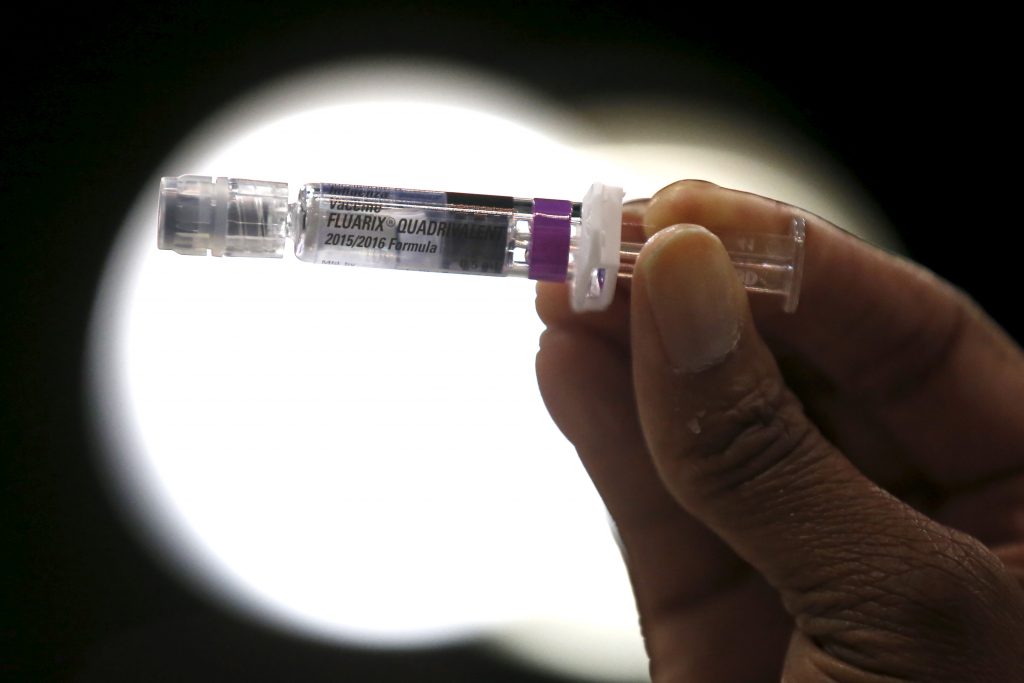 So one year you might not really need a repeat of one component, but you would need the other two or three. Because of the way vaccines are made, it’s impossible to unbundle the components.

Still, understanding what is going on is important, said Skowronski.

“For me anyway, these repeat vaccine effects are among the most important developments in influenza vaccinology of the past decade,” she said, noting the issue could have implications for universal vaccination programs, such as the one in the United States, where it’s recommended that everyone get vaccinated against influenza.

“The long-term implications of that frankly are not known and these repeat vaccine effects may have a huge bearing on that.”

In the meantime, experts stress that while repeat vaccinations could lead the body to generate fewer antibodies, it’s still recommended to get a yearly shot. Some protection is better than none.

Statin use has become ubiquitous among people in late-middle age and older seeking to lower their cholesterol.

But two studies published last fall (here and here) suggest that people on statins don’t mount as vigorous an immune response to flu vaccine as people not taking the drugs. The effect was particularly pronounced for people taking synthetic statins.

READ MORE: Why my patients refuse the flu shot. It’s not what you think

Inspired by that work, the researchers at Marshfield did a study of their own. They found statin use seemed to lower antibody production to one family of influenza A viruses (the H3N2s) but not to another (H1N1s) and not to influenza B viruses. In other words, this is another question that needs answering.

Loeb said the issue bears studying, but hasn’t yet been proved. “I think there’s some biological rationale [but] it’s definitely not a slam dunk by any means.”

So how good is flu vaccine at protecting against influenza?

In the not-too-distant past, the CDC and other public health institutes estimated that flu shots cut one’s risk of contracting flu by between 70 percent and 90 percent.

But that new way of assessing vaccine effectiveness we talked about earlier has shed more light on that question, and the effectiveness estimate was seen to be too high.

The more common claim is that the vaccine lowers one’s risk by an average of about 50 percent to 60 percent — though some years the protection is far less, depending on how well matched the viral targets in the vaccine are to the viruses making people sick.

Everyone wishes the vaccines were more effective. Research is underway to try to develop a flu shot that would provide broader protection that wouldn’t have to be administered every year.

But the science isn’t there yet. And bringing a brand new type of flu vaccine through licensure and to market would cost boatloads of money. So for now, manufacturers in the crowded flu vaccine market are, as Skowronski put it, “tinkering” — adding the fourth component to the vaccine, creating a high-dose product for seniors, who don’t respond as well to flu vaccine, or adding an adjuvant (a compound meant to amp up antibody production) to another vaccine for seniors.

“You get maybe little marginal benefits here, there. But in terms of a real game-changer … I don’t see it,” Treanor said.

Yes, there are questions about flu vaccine that need to be explored through scientific study. But in the meantime, Skowronski said, people should stay the course.

“You could become overwhelmed by the smorgasbord of issues that have arisen when we started to really systematically evaluate influenza vaccine performance on an annual basis,” she admitted.
Treanor agreed.

This article is reproduced with permission from STAT. It was first published on Sept. 28, 2016. Find the original story here.

Left: Studies conducted by the CDC had shown that for the past three flu seasons the FluMist vaccine wasn’t protecting the people who got it. Photo by Brian Snyder/REUTERS