Hand-held screens might delay a child’s ability to form words, based on new research being presented this week at the annual Pediatric Academic Societies Meeting in San Francisco. This preliminary study is the first to show how mobile devices impact speech development in children, raising a question that fills the minds of many parents: How much time should my child spend with a mobile device?

But for parents who see mobile devices as an education tool, don’t immediately lock away your smartphone or tablet. Here’s what you should know about the risk.

Studies on media usage and child development are notoriously difficult to conduct. Doctors can’t exactly split up a bunch of babies and say, “you kids spend a lot of time with your iPads, while the rest of you don’t. Let’s see what happens.”

Each additional 30 minutes of hand-held screen time was linked to a 49 percent increased risk in expressive speech delay.

So Catherine Birken, a pediatrician and scientist at the Hospital for Sick Children in Toronto, relied on well-child visits, regular checkups that assess a child’s growth, health and development. From 2011 to 2015, she asked the parents of to estimate how much time their children spent each day with hand-held screens, like smartphones, tablets and electronic games. Meanwhile, Birken and her team assessed each child with the Infant Toddler Checklist — a screening tool that looks for signs of delayed communication development.

“It isn’t a definitive diagnosis,” Birken said, but it does assess whether a child is at-risk and needs to be referred for further evaluation. In total, Birken’s team recruited and examined nearly 900 toddlers, aged 6 to 24 months, for the study.

By the time they reached their 18-month checkups, 20 percent of the children used mobile devices for 28 minutes on average each day. They found children who spent more time with hand-held screens were more likely to exhibit signs of a delay in expressive speech — how children use their sounds and words, and how they put their words together to communicate. 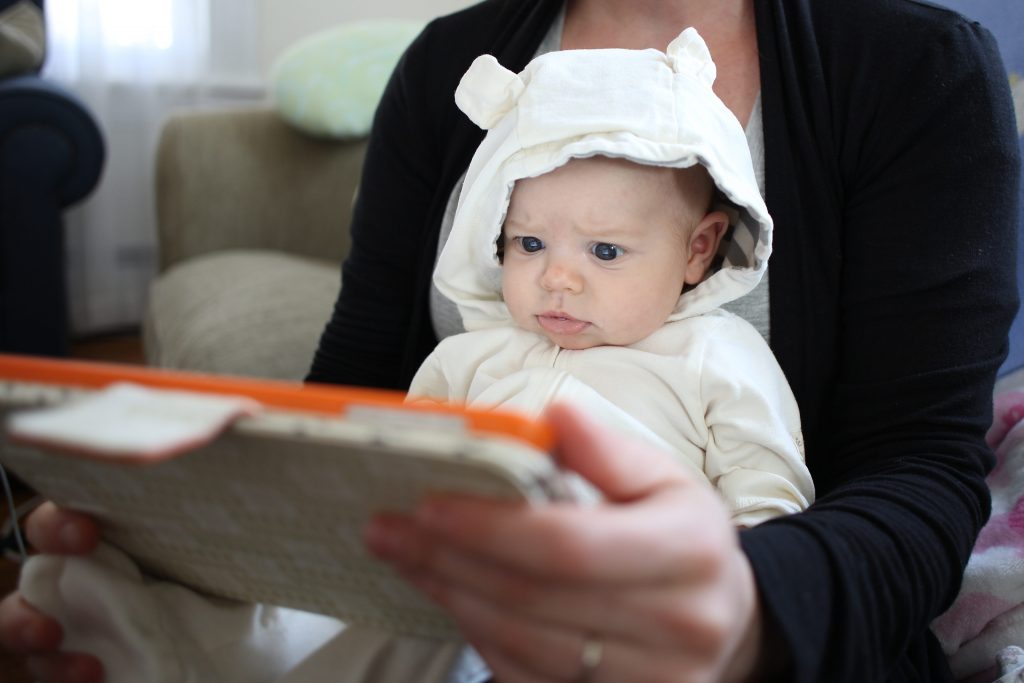 “Parents should be wary of educational apps marketed for children 24 months or younger,” pediatrician Jenny Radesky said, because “the science on this says quite clearly that [these] children just don’t symbolically understand what they’re seeing on a two-dimensional screen.” Photo by Tim Clayton/Corbis via Getty Images

Each additional 30 minutes of hand-held screen time was linked to a 49 percent increased risk in expressive speech delay. Other forms of communication — gestures, emotions, social eye-gazing — were unaffected.

Birken emphasized that the findings, at this stage, don’t prove cause and effect. That would require a clinical trial where children are randomly selected and tracked throughout childhood.

Birken emphasized that the findings, at this stage, don’t prove cause and effect. That would require a clinical trial where children are randomly selected and tracked throughout childhood.

But this study highlights what could be a life-altering trend for children exposed to too much hand-held screen time because of the value of expressive speech.

“When kids can’t express themselves they get really frustrated,” said Jenny Radesky, a University of Michigan developmental pediatrician who wasn’t involved in the study. “They are more likely to act out more or to use their bodies to try to communicate or use attention-seeking behaviors.”

In the short term, an expressive speech delay can influence a child’s ability to conceptualize words or define their emotions. Though some children who are behind at 18 months or 24 months can eventually catch up, over time, these language delays can impede literacy skills in grade school.

Hold the phone — and interact with it too

Last autumn, Radesky’s lab reported that families fret over hand-held screen time for conflicting reasons. They worry their children will miss out on educational opportunities or lack digital literacy without the devices, but wonder if fast-moving technology stifles creativity or displaces family time.

But Radesky, who co-authored the American Academy of Pediatrics’ recent guidelines for children’s media use, said the problem lies less with mobile devices, and more with how we use them.

“Kids can start to learn language from media, if they’re watching with a parent who then uses the media as a teaching tool,” Radesky said. “Help the child apply it to the rest of the world around them — the way parents often do with a book.” 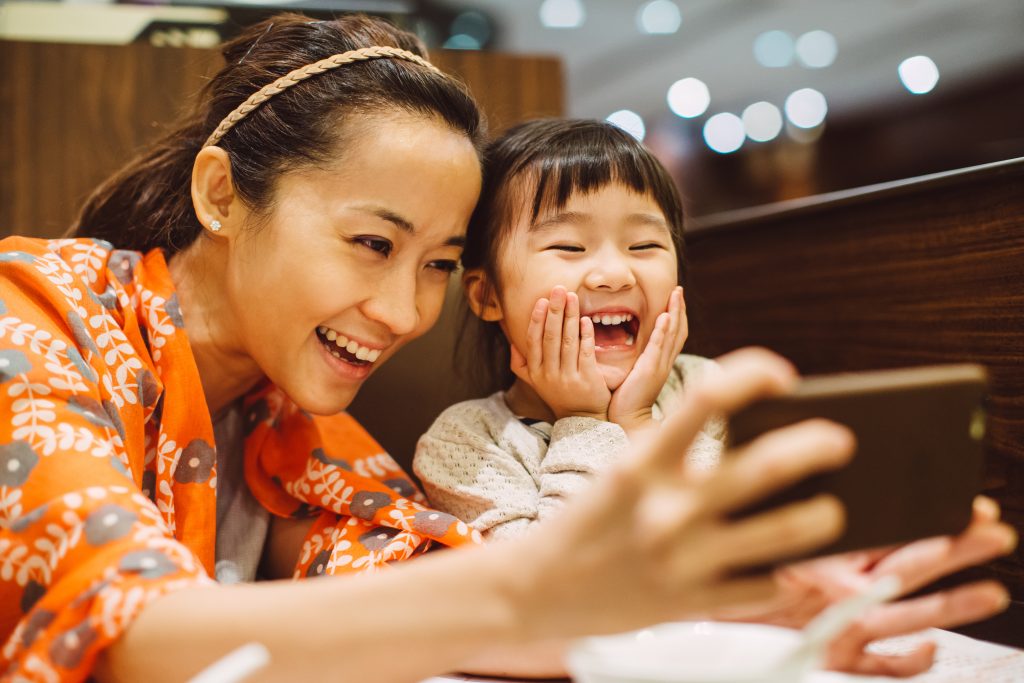 If parents are introducing young children to mobile technology, they should try and do it in a way that teaches the child to use the device as a tool rather than purely for entertainment. Photo by Tang Ming Tung

Radesky said that’s tricky because media designers sometimes forget to build content that’s interactive for both a parent and a child. She offered Daniel’s Tiger as a counterexample that hits the mark for teaching social, emotional and language skills with parent-child interactions.

Also, parents should be wary of educational apps marketed for children 24 months or younger, she said, because “the science on this says quite clearly that [these] children just don’t symbolically understand what they’re seeing on a two-dimensional screen.”

Birken’s study didn’t distinguish between whether educational or entertainment media influences the risk of expressive delay, but the trend did hold regardless of income level and maternal education. Her future studies could also look into how parents’ mental health, literacy legacy within a family and access to other caretakers like grandparents factor into the hand-held device usage and language development.

“One of the challenges is the pace of technology is outstripping the pace of research,” Birken said. “It’s a big challenge.”

But Radesky recognizes the allure of passing back a smartphone in a car to placate a child, but if they’re introducing young children to the technology, they should try and do it in a way that teaches the child to use the device as a tool rather than purely for entertainment. Kids can become tech savvy by learning how to find whether their grandma is online on Skype or by taking and sharing funny pictures.

“If they really want to promote some sort of language learning or developmental stimulation, that is always still done best through interpersonal interaction,” Radesky said.