There was a time when every school child could recite the tale of how Maj. Walter Reed proved the Cuban physician Carlos Finlay’s theory that mosquitoes transmitted yellow fever to human beings.

From colonial days to the late 19th century, yellow fever plagued much of the United States. These epidemics were horrific events heralded by undertakers wheeling out large wagons in the streets, shouting, “Bring Out Your Dead!” But yellow fever was hardly unique to the United States. The virus causing it, flativirus, thrives and infects wherever the Aedes aegypti mosquito (and a few of its relatives) propagate and where swampy land abounds, including South and North America, Africa, southern Europe and much of Africa.

The Panama Canal, one of humankind’s greatest feats of engineering, could not have been completed if yellow fever was not outwitted first.

For some, a bout with yellow fever is simply a self-limiting one of aches, pains, loss of appetite, headaches and fever. But in more severe cases (about 15 percent) it can cause abdominal pain, extensive liver damage, jaundice or yellow skin, bleeding, kidney damage and even death.

Born on this day in 1851 in rural Virginia, Walter Reed was educated at the University of Virginia in Charlottesville, where he received his first medical degree in 1869 at the age of 17, and the Bellevue Hospital Medical College in New York City, where he earned a second medical degree in 1870. After interning at the Kings County Hospital in Brooklyn and a stint with the Brooklyn Health Department, he married Emilie Lawrence in 1876. Only a year earlier, he sat for a grueling examination that allowed him to join the Medical Department of the U.S. Army at the rank of first lieutenant.

READ MORE: How the massive, pioneering and embattled VA health system was born

For the next five years he served in Arizona, where he took care of Army personnel and Native Americans, and then in 1880, after being promoted to the rank of captain, at Fort McHenry in Baltimore. While there, he took courses in physiology at the newly created Johns Hopkins University. Subsequent posts took him to Nebraska and Alabama, but when Dr. Reed returned to Baltimore in 1890 he was caught up in the scientific sweep of a new science known as bacteriology. Under the tutelage of the famed pathologist and bacteriologist William Henry Welch, Dr. Reed could not have found a better place to study.

From 1891 to 1893, Reed served at Fort Snelling, Minnesota, followed by a stint in Washington, D.C., under the command of the new Army Surgeon General George Sternberg, himself a prominent bacteriologist, and work at the Columbian University (now George Washington University) and the Army Medical School. But his most important assignment came with the Spanish-American War of 1898, first to combat epidemics of typhoid fever, and then to Cuba in 1900 to figure out the strange etiology and prevention of yellow fever.

It was a deadly pursuit. One of Reed’s assistants, Dr. Jesse Lazear, succumbed to yellow fever in the experimental line of fire. Another, Dr. James Carroll, contracted the disease but fortunately survived. In 1901, on the basis of their meticulous findings, Dr. Reed prescribed aggressive mosquito-eradication procedures, involving the control of larvae and water-breeding spots, that sharply diminished the incidence of yellow fever in Cuba and, a few years later, in Panama, where 50, 000 laborers were building the canal. In fact, the Panama Canal, one of humankind’s greatest feats of engineering, could not have been completed if yellow fever was not outwitted first.

It was the U.S. Army’s greatest contribution to the nation’s health and the reason why its premier military hospital in Washington, D.C., was named for Reed.

The yellow fever-Walter Reed legend was once the “poster child” of American contagion stories. So ubiquitous was this tale that it even served as the basis for a 1933 hit Broadway play, “Yellow Jack,” and the 1936 MGM motion picture of the same title, not to mention dozens of juvenile biographies and cartoons such as a March 1946 issue of Science Comics featuring a colorful account of “Walter Reed: The Man Who Conquered Yellow Fever.” One of his biographers, Howard Kelly of Johns Hopkins, called Reed’s work “the greatest American medical discovery.” At the very least, it was the U.S. Army’s greatest contribution to the nation’s health and the reason why its premier military hospital in Washington, D.C., was named for Reed. The man behind the legend died in 1902, at the age of 51, of an abdominal infection after the removal of his appendix. 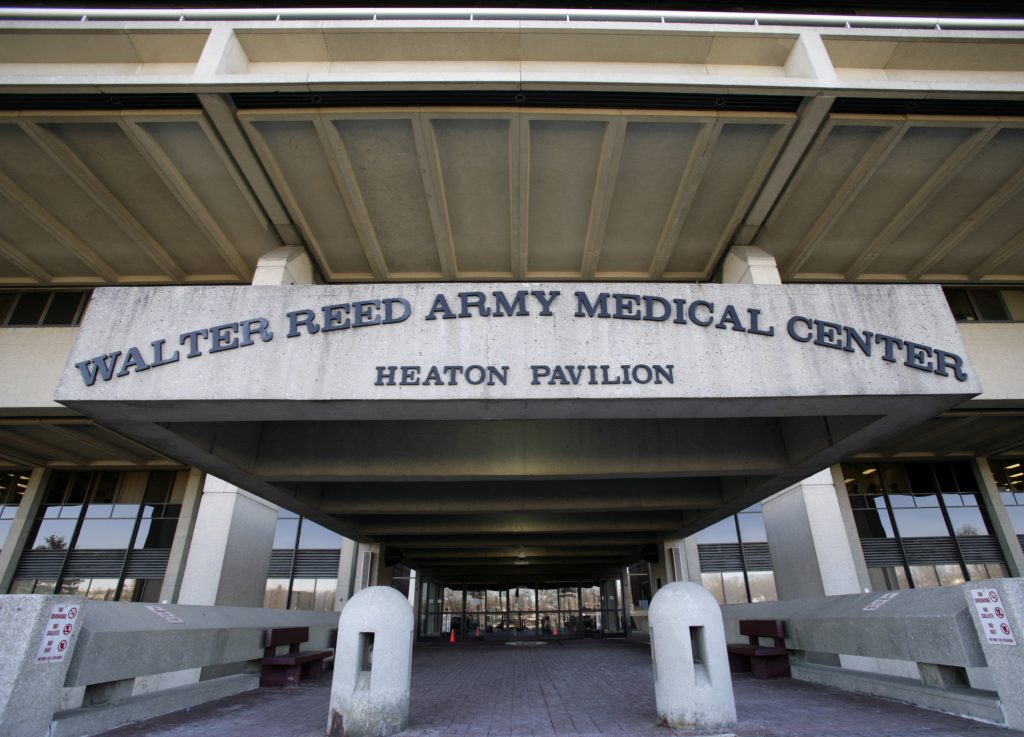 In recent historical accounts, much has been made of Walter Reed’s insistence that the impoverished Spanish immigrants and the enlisted soldiers who “volunteered” for these human experiments were informed about the risks they were taking. Indeed, the bilingual consent form Reed created may well have set a precedent for all human experiments that followed. Yet the kudos afforded Reed are valid only to a point. This story demands a far more nuanced consideration than the common trope that Reed was “first” to develop what is now called informed consent. Enlisted soldiers who were asked to participate in a potentially deadly experiment by their superior officers may have interpreted such requests as orders; vulnerable, poor newcomers recruited with tempting offers of $200 in gold coins for participation and bonuses if they contracted the malady (a sum many times more than their annual incomes) were not exactly giving their consent freely either. Indeed, Dr. Reed’s concept of informed consent contained a wide streak of coercion and imperialism.

Experts predict that the deleterious effects of global warming could lead to more mosquitoes and still higher rates of these scourges, particularly in impoverished nations in Africa, Asia and South Africa.

Today, more than 30,000 deaths and 200,000 cases of yellow fever are reported per year, not to mention over 1,000,000 deaths and 300-500 million new cases of malaria per year, and 24,000 deaths and 20 million new cases of dengue fever per year. These are but a few of the mosquito-borne diseases stalking the planet. Just last summer, we witnessed a “new epidemic” of the mosquito-borne spread of Zika virus and began learning about its destructive power on the brains of unborn children. More troubling, experts on vector-borne diseases predict that the deleterious effects of global warming could lead to more mosquitoes and still higher rates of these scourges, particularly in impoverished nations in Africa, Asia and South Africa.

Sadly, the story of mosquitoes and their carriage of deadly infectious diseases refuses to die with Walter Reed. 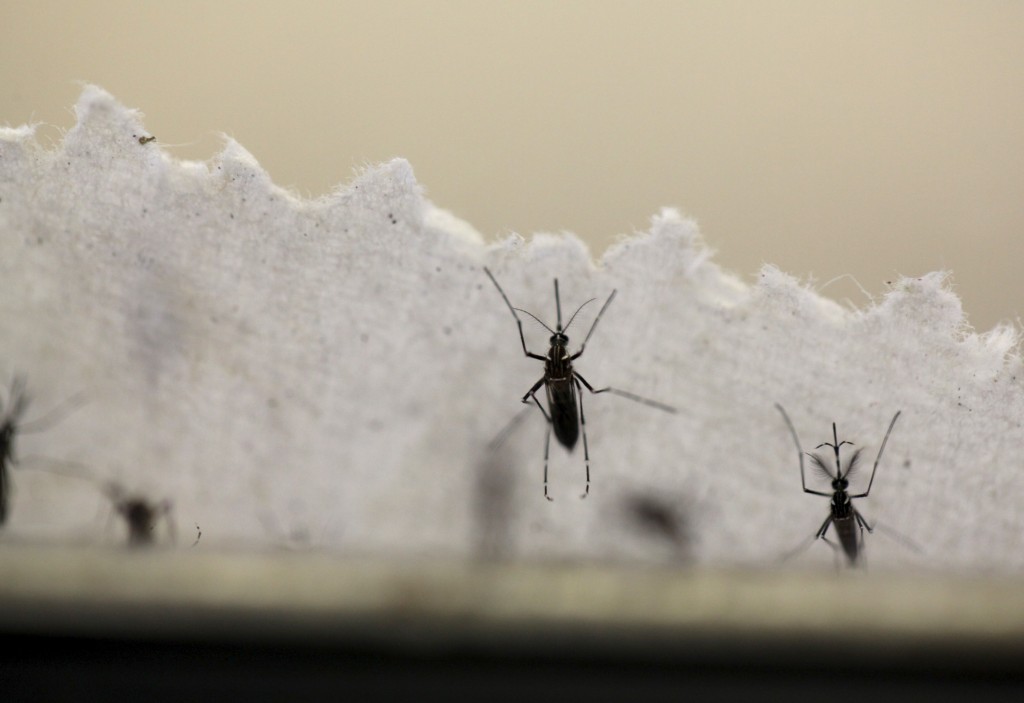 Aedes aegypti mosquitoes are seen at the Laboratory of Entomology and Ecology of the Dengue Branch of the U.S. Centers for Disease Control and Prevention in San Juan, March 6, 2016. Photo by Alvin Baez /REUTERS