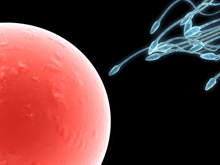 Condoms or a vasectomy? Those are the choices for sexually active men who want to control their own fertility — at least for now.

These two options are currently the only available contraceptive methods for men, and both have well-documented drawbacks, according to Dr. Joseph Tash, director of the Center for Male Contraceptive Research and Drug Development at the University of Kansas.

“Clearly there is a gap in the available contraceptive methods for men,” Tash said.

But a new wave of research into broadening male contraceptive options is looking at a variety of approaches, including hobbling sperm production and motility and its egg-penetration abilities.

Wednesday on the NewsHour Ray Suarez looks at a promising new daily male birth control pill under investigation in Indonesia that makes sperm incapable of entering an egg. You can watch that report online now in a special web preview.

Another male contraceptive method — albeit a more invasive one — receiving a lot of attention lately: reversible inhibition of sperm under guidance, or RISUG

The procedure is currently in Phase III human trials involving several hundred men in India, while a parallel development track is just beginning in the United States.

RISUG involves injecting a synthetic substance into the vas deferens, the tube that carries sperm from the testes and the same tube that is cut in a vasectomy. In animal trials it has been shown to be reversible, a crucial selling point for some men on contraceptive methods.

“It mostly blocks the tube, but also kills any sperm that get past. It’s almost like a filter,” said Elaine Lissner, director of the nonprofit Male Contraception Information Project.

She felt the procedure was so promising, she formed another foundation to purchase RISUG rights outside of India.

So far, the injections have shown 100 percent efficacy in men who were injected correctly in the India trials, she said. On a few subjects, the needle went through the tube and inhibited the injection so those men were warned they did not receive a complete injection. Some of the men who received RISUG when research first began have had no pregnancies for 20 years after the injection.

“Of the data that’s been reported it looks like it could be a very promising alternative,” said Tash. But he warned that the results of the Phase III trial are critical, and more data on the subjects needs to be made available. Tash also cautioned that a pill form of contraceptive is an easier sell than an injection in a very sensitive area.

RISUG has been reversed in rat and monkey trials with an injection of a baking soda solution at the same site. The solution dissolves the initial synthetic substance in the tube and sperm counts “spring back over a couple months,” Lissner said.

She is pushing to make RISUG available to U.S. consumers as soon as possible, and they plan to enter human trials next year in the U.S. They are seeking a device registration instead of drug registration, and Lissner said the foundation will not claim reversibility at first in order to get the procedure to market as soon as possible. Doing the trials to show reversibility in humans will take time, and money, so will be added down the line.

RISUG has a good chance of being the next available contraceptive method for men in the United States, but other options could be close on its tail. It’s good news for a field that has been looking for its next big break for a long time.

“It’s really over the last five to 10 years that the progress in the field has accelerated, a combination of new collaborations and people with experience in drug development,” said Tash. “I think we are at the beginning stages of seeing a whole host of approaches coming in to development.”