In our present era of public service announcements, telethons, fun-runs, cyber-fundraising events and “ice bucket challenges,” it seems as if every disease or medical cause has a celebrity spokesman drumming up donations and interest.

Yet such effective fundraising practices are hardly new. They predate the Internet, television, radio and even the movies.

This Feb. 6, we celebrate Charles Dickens, the novelist and literary superstar of his day. He may well have been the first celebrity spokesman for a medical charity. The cause was London’s Great Ormond Street Children’s Hospital and it first opened its doors 164 years ago today in 1852. As an added bonus, we have the opportunity to celebrate Charles Dickens’s 204th birthday, which falls the on following day, Feb. 7. (He was born in 1812 and died in 1870).

Dickens’s interest in helping to establish a children’s hospital should not be surprising to those who have read his wonderful novels. His works teem with the stories of children and especially those youngsters who were rejected, orphaned, or stricken by physical and social calamities. Charles, too, suffered a traumatic childhood when his father was declared insolvent and the Dickens family was sentenced to the Marshalsea Debtor’s Prison. It was then that the 12-year-old Charles was removed from school and forced to work at Warren’s Blacking (shoeshine) Warehouse for five months. He recreated this trauma, of course, in his favorite novel, “David Copperfield,” but it continued to fester in his psyche as one of the most harrowing events of his life.

Moreover, Dickens often portrayed real diseases (both physical and psychological), which many of his various characters developed in the course of his story telling. The illnesses he describes are accurate and based on real disorders rather than invented maladies with inconsistent symptoms, as was the more common practice among many Victorian novelists.

But his careful attention to detail went far deeper than leafing through the pages of a medical textbook or pestering the many physicians he knew. In fact, Dickens was a regular reader of medical journals and followed the latest advances in public health and medicine. He was also a frequent visitor to several London hospitals where he observed sick people to incorporate into his fiction. 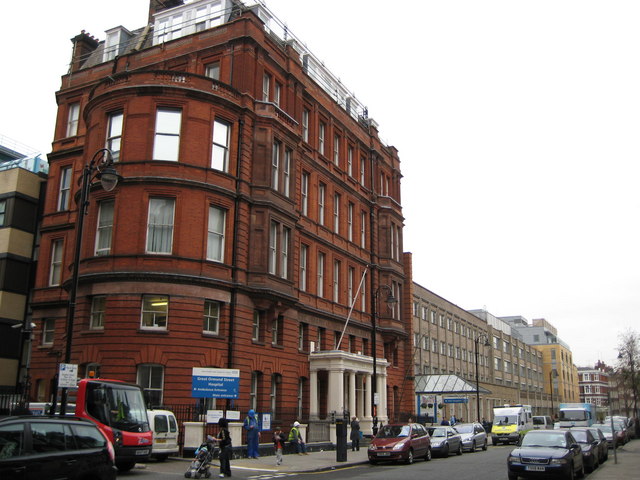 Less well appreciated was his advocacy for a hospital built specifically for the needs and illnesses of children. It may be hard to believe but before 1852, London still did not have a dedicated children’s hospital, even though many other European capitals, such as Paris, St. Petersburg and Vienna had long established such institutions.

Thanks to the tireless activism of a physician named Charles West, a 32-bed hospital for children did open, in a house on Great Ormond Street, on Feb. 6, 1852, just one day before Dickens’ 40th birthday.

Dickens’s involvement with this great cause began at the request of several friends of his who just happened to be trustees of the nascent Great Ormond Street Hospital. At their invitation, Dickens visited the hospital during its first weeks of operation. The writer was so moved by what he saw that he and an assistant named Henry Morley composed an essay about the sick children recuperating there, entitled “Drooping Buds.” It appeared in the April 3, 1852 issue of Household Words, the magazine Dickens edited from 1850 to 1858. In the essay, Dickens describes the alarming infant and childhood mortality rates in Victorian England, the need to develop a better understanding of children’s health and the then revolutionary point that children are, indeed, different in the diseases they develop and how their bodies confront such illnesses. A line or two of this essay merits repeating:

“Our children perish out of our homes: not because there is in them an inherent dangerous sickness (except in the few cases where they are born of parents who communicate to children heritable maladies), but because there is, in respect to their tender lives, a want of sanitary discipline and a want of knowledge…It does not at all follow that the intelligent physician who has learnt how to treat successfully the illnesses of adults, has only to modify his plans a little, to diminish the proportions of his doses, for the application of his knowledge to our little sons and daughters. Some of their diseases are peculiar to themselves; other diseases, common to us all, take a form in children varying as much from their familiar form with us as a child varies from a man…”

The essay was widely read by 40,000 readers of the magazine but its influence hardly stopped there. Dickens gave the hospital trustees permission to reprint the essay and distribute it to potential donors as a publicity tool.

A few years later, on Feb. 9, 1858, the Great Ormond Street trustees asked Charles Dickens to chair a “festival benefit” at the Freemason’s Tavern. The event was so important that Queen Victoria herself consented to be its royal patron but it was Dickens’s sterling celebrity who really attracted a crowd of potential donors.

He did not disappoint. Always a brilliant speaker and actor (he gave public readings of many of his works across England and the United States to great acclaim), Dickens delivered a rousing speech on the plight of ill children and the need to support the children’s hospital. As an extra bonus, the author threw in a reading of his beloved “A Christmas Carol.” The journalist T.A. Reed, said of Dickens’ performance that night, “I never heard him, or reported him, with so much pleasure … his speech was magnificent.”

Dickens made many more trips to the hospital and participated in several fundraising events. He also wrote about the Great Ormond Street Hospital in his collection of essays “The Uncommercial Traveler” (1860), in an essay entitled “From Cradle to Grave,” which ran in Feb. 1, 1862 issue of another magazine he edited, All the Year Round, and in his last complete novel “Our Mutual Friend” (1865).

So vital was his advocacy for the Great Ormond Street Hospital that in 1867, its founder, Dr. Charles West wrote, “Dickens, the children’s friend, first set [the hospital] on her legs and helped her to run alone.”

Upon his death in 1870, at age 58, the British Medical Journal eulogized Dickens with the statement, “what a gain it would have been to physic [medicine] if one so keen to observe and facile to describe had devoted his powers to the medical art.”

To this, we say “Bah Humbug.” We have plenty of doctors but we have only one Charles Dickens.

Left: Charles Dickens was a great supporter of the Great Ormond Street Children’s Hospital in London.