What the Delay in Health Reform Law Provision Really Means 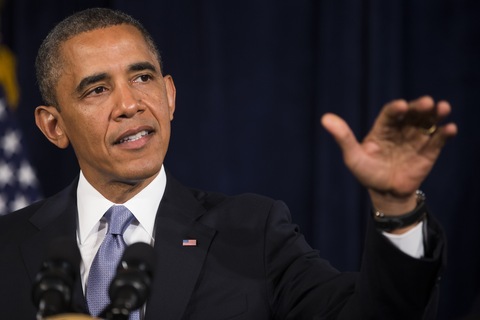 The Obama administration’s decision Tuesday to delay a major component of the Affordable Care Act — the requirement for employers with at least 50 workers to offer health coverage — postpones another feature of the law and hands ammunition to critics who contend it is unworkable.

But it could have a relatively small effect on the number of Americans who gain medical insurance next year. The law’s other two major provisions, expanding Medicaid and requiring individuals to obtain coverage or pay a penalty, were projected to add far more people to the ranks of the insured than the employer mandate, according to the nonpartisan Congressional Budget Office. Those measures are still in effect, although many states have opted not to expand Medicaid next year.

Still, Tuesday’s announcement could mean a drop in revenue for the Treasury. The CBO estimated about $10 billion in employer penalties would be collected in 2015, some of that presumably from employers who chose not to offer coverage in 2014.

The CBO also estimated that the health law would have a fairly negligible effect on job-based coverage the first year.

“The large majority of employers already offer health coverage to their workers,” said Larry Levitt, a senior vice president at the Kaiser Family Foundation. “No one thought that the employer requirement was going to meaningfully change that.” (Kaiser Health News is an editorially independent program of the foundation.)

But other analysts said the delay could cause more workers to lose their health care coverage.

“The policy implications are fairly straightforward. Essentially for calendar 2014 the act of dropping coverage and dumping employees into the exchanges is on sale,” said Douglas Holtz-Eakin, former director of the Congressional Budget Office and now president of the American Action Forum. “Drop and dump, but no penalty.”

Workers hoping the law would compel their employer to start offering a medical policy next year may still be eligible to buy subsidized coverage directly from insurers through online marketplaces. Those exchanges will still be open for enrollment Oct. 1, the administration said.

For larger employers, the delay provides more time to work through complicated regulations issued by the Internal Revenue Service and the Department of Health and Human Services.

“The IRS has been good about putting out information, but it’s an enormous task to get it up and running, even with guidance,” said J.D. Piro, who heads the health law group at benefits consultant Aon Hewitt. The announcement, he said, “gives employers a lot more time to ask these questions and get their systems in place.”

Of particular concern were rules determining which companies and workers are subject to the employer mandate. The definitions of what constitutes a 50-employee firm and who qualifies as a full-time staffer who is owed coverage were subject to considerable debate and analysis.

“I’m amazed at how the employers I’ve talked to have been struggling with how to react to the employer requirement,” Levitt said. “Even very large companies might have different definitions for part-time workers than what’s in the law.”

Some employers have reportedly been downsizing, increasing hires of temporary workers and cutting hours in an effort to avoid coverage requirements. Others have shifted to self-insured status — in which the company pays the medical bills directly — to avoid benefit requirements and taxes applying to insurance plans.

The announcement does not affect the ACA’s essential health benefits required to be offered by small employers. Companies with fewer than 50 workers aren’t obliged to offer coverage under the ACA. But if they do, and they aren’t among a minority of older, “grandfathered” plans, then they must offer minimum benefits with new price regulations that could drive up premiums.

“A lot of these small employers are thinking of dropping coverage because it is being priced much higher,” said Robert Laszewski, an industry consultant and former insurance executive. “Which begs the question: Why are large employers getting a pass for a year (from the coverage requirement) and small employers are not?”

Analysts said there also may be problems determining eligibility for insurance subsidies in the form of tax credits.

“If employers have no obligation to report coverage, how will the exchanges or the IRS verify claims that coverage is unaffordable or inadequate?” said Timothy Jost, a law professor at Washington and Lee School of Law. “Could this potentially mean that many more individuals will become eligible for premium tax credits, either because their employers drop or do not expand coverage, or fail to respond to requests to verify coverage?”

This is not the first setback for the health act as signed by President Barack Obama in 2010. Last year the Supreme Court allowed states to opt out of the requirement to expand Medicaid. So far, 23 states and the District of Columbia have elected to expand Medicaid, substantially reducing the number of people expected to gain coverage next year.