A California law that aims to limit the number of people who can refuse vaccines has led to a slight improvement in kindergartners’ vaccination rate in recent years, according to a new study in Health Affairs. But the law was not as effective in private schools, and did little to break up localized clusters of children who opted out of vaccines.

It’s these local clusters of vaccinations that put a specific community or school at the greatest risk, according to the study, which linked large measles outbreaks across the United States to “declining population vaccination and to voluntary abstention from measles vaccine.”

“All disease transmission is local, just like politics,” said Saad Omer, a professor in global health and epidemiology at Emory University in Atlanta and one of the study authors. He added that national and state monitoring is not enough to effectively monitor infectious disease; more needs to be done on the local and county level.

These are concerns also shared by health experts in Europe, where 41,000 measles cases have been recorded this year alone.

Nationwide, childhood vaccinations are dropping. Today, roughly nine out of 10 kids get immunized for measles, mumps and rubella, according to the latest available federal data, a slight drop from the level seen in 2007. That opens the door for outbreaks in otherwise preventable diseases.

A few years ago, California became ground zero for the debate over immunization. In late 2014, a measles outbreak spread from a visitor to Disneyland in California, eventually infecting more than 120 people across the United States.

That same year, California lawmakers tightened restrictions on vaccine exemptions. The law said parents who wanted to sidestep immunization had to file an affidavit, signed by a physician and the child’s caregiver, outlining how vaccines violated their religious or personal beliefs.

In the Health Affairs study, researchers analyzed data from the California Department of Public Health on total exemptions filed on behalf of kindergartners over the course of 15 years — before and after the law went into effect. The improvement they found was incremental at best; researchers found that personal belief exemptions dropped slightly from 3.1 percent to 2.3 percent.

They also found that the number of people susceptible to contracting measles grows every year that parents forgo vaccinating their children, Omer said, raising the risk for more and larger outbreaks.

The study did not take into account another move by California in July 2016 to ban all personal and religious exemptions for vaccinations filed on behalf of children who attend public or private schools or stay in daycares. Omer said he and his team are exploring the impact of the new rule. 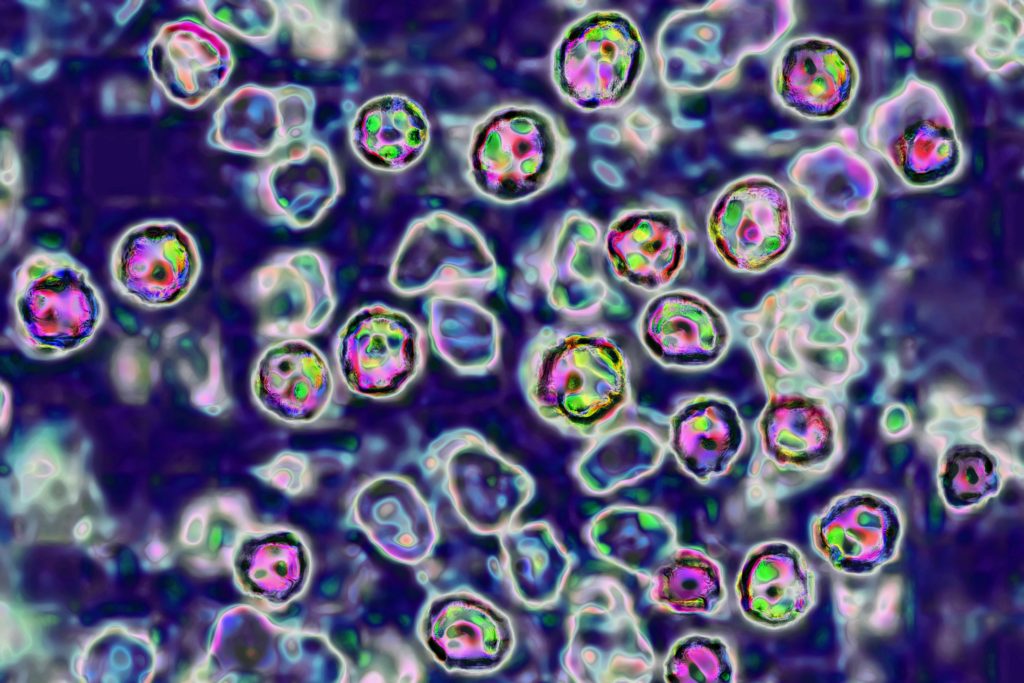 How widespread are measles in the U.S.?

In California, health officials have counted 18 cases of measles so far this year, surpassing last year’s total of 15 cases, the Sacramento Bee reported.

Nationwide, health officials have recorded 124 cases of measles across 22 states, including California, according to the latest data from the Centers for Disease Control and Prevention. Some media reports last month misinterpreted the data, suggesting there was a single measles outbreak — defined as at least three linked cases — currently gaining momentum across the country.

“There is not one multi-state outbreak that CDC is investigating,” CDC spokesperson Kristen Nordlund said in an email to the PBS NewsHour.

The numbers serve as a reminder that the measles persist in the United States, despite the presence and availability of a vaccine.There have been larger outbreaks in recent years, including the Disneyland outbreak and another among Amish communities in Ohio, which contributed to 667 total measles cases recorded in 2014 — a record high since the CDC declared measles eliminated in 2000.

Measles is especially dangerous for infants and children, who can develop a cough, runny nose, watery red eyes and a fever that can spike to 104 degrees Fahrenheit before developing a rash that lasts between three and five days.

A quarter of people who contract the measles need to go to the hospital, according to the CDC, and one out of every 1,000 people with the measles suffer from brain swelling due to an infection called encephalitis. People die from the measles at roughly the same rate.

In 1963, a measles vaccine became available in the United States, where at the time as many as 4 million people developed the disease each year, according to the Centers for Disease Control and Prevention. Roughly 48,000 people required hospitalization, and the CDC said up to 500 people died annually.

In a now-retracted 1998 study published in the journal the Lancet, Dr. Andrew Wakefield claimed a false link between autism and the vaccine for measles, mumps and rubella. This study has been widely and repeatedly debunked. But some people continue to point to it as justification for avoiding immunization.

“It’s not an access problem, it’s a choice problem,” said Offit, who analyzes vaccines, viruses and how to improve population health for those too vulnerable to immunize. “It’s a choice we’re making to put our children at risk.”

California isn’t the only state that has tightened exemptions. In 2011, Washington State implemented a similar policy, the study said, and saw a drop in requested exemptions and clustering within schools. Broadly, the CDC has recommended that physicians have more in-depth conversations about risks with parents who don’t want to immunize their children along with regarding vaccination as the norm rather than an option.

Left: Researchers at the Wistar Institute in Pennsylvania pinpoint a mutation in last winter's flu vaccine. Photo by Lucy Nicholson/Reuters