More than 8 million people have enrolled for health care under the Affordable Care Act, far exceeding original goals. But the country’s nearly 12 million undocumented immigrants are largely without health care and don’t qualify to apply for it at HealthCare.gov. Their needs are caught between health care policy and immigration reform, two deeply partisan issues.

Some critics of the law argue that it further excludes undocumented immigrants — one of the fastest growing populations in the country — while others say opening access to this population would put an undue financial burden on public and government institutions, especially hospitals.

“We looked at emergency rooms, because some say that emergency rooms are over or misused by some groups versus others,” said the study’s primary author, Nadereh Pourat, director of research at the UCLA Center for Health Policy Research.

PBS NewsHour spoke with Pourat last week about her research.

NEWSHOUR: How do undocumented immigrants in California use health care? 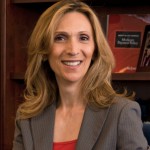 And we found that uninsured undocumented (populations) use fewer services than other uninsured populations. Even undocumented immigrants who were in insured surprisingly don’t use services more or as much as insured documented groups. You’re looking at a systematic lower level of use. And when you see they’re using lower levels of care, you have to ask yourself, ‘Why is that? Why would that be?’ We speculate that lower levels of utilization have to do with other unmeasured barriers. There are other issues going on that keep undocumented immigrants from using health care.

NEWSHOUR: Can you talk about those unmeasured barriers? What is holding undocumented immigrants back?

NADEREH POURAT: One likely issue is the fear or worry that you walk into the door of the emergency room, and you might have to provide some documentation. Emergency room staff tries to figure out whether or not you have insurance and they try to see if you qualify for any of the public forms of coverage out there. Eventually you might have to say something about your documentation status. That could keep people away. We did focus groups with young populations, and they say you learn early on to avoid going to the doctor. Your first instinct is to avoid (doctors) as long as possible. While the lower level utilization might seem like a good thing, if undocumented immigrants undergo any major health problems, they’re often not discovered until (those problems are) more severe and more costly, and the patient could have a worse prognosis.

NEWSHOUR: Could part of the reason that they’re not accessing the system as much be that they’re healthier and don’t need as much access?

NADEREH POURAT: Well, the undocumented population is generally a more healthy population. A lot of undocumented immigrants come to the U.S. in search of jobs, particularly the ones that come across the border. If you’re not healthy and not young, the chances you’re going to do this are going to be lower. So this is a younger, healthier population to begin with. But just because they’re healthier, it doesn’t mean they shouldn’t go to the doctor. They should at least go to the doctor once a year or every two years for the problems I mentioned. If you’re smoking, you never get that counseling. If you’re overweight, you never get that counseling, that support to stay healthy. If our goal is a healthier society, it doesn’t matter whether someone has documentation or not. They are part of the community, the society, and they systematically don’t get care. When they don’t go to the doctor and when they should be going to the doctor, we, overall, pay the price financially in emergency room visits or in human pain and suffering.

NEWSHOUR: When an undocumented immigrant has a medical emergency, what options are available?

NEWSHOUR: If that doesn’t work out or they’re not made aware of the emergency health care, what happens?

NADEREH POURAT: If someone doesn’t get emergency Medicaid, the hospital will still treat the person. Before the Affordable Care Act came into play, hospitals who had a disproportionate share of low-income patients received funds to treat them and the uninsured. The picture is changing under the Affordable Care Act. The intention is to reduce funds to hospitals because more people will have coverage. But the issues that the undocumented are primarily uninsured does not go away. They can’t purchase coverage under the exchanges even if they can afford it. They don’t qualify for the expansion of Medicaid. And so essentially, this population will still have to depend on the hospitals, the safety net providers who are losing funding.

NEWSHOUR: Are there any pending measures that address this?

NADEREH POURAT: In California, there is a law in discussion that proposes to provide a similar exchange for the undocumented that doesn’t use federal subsidies. It proposes to expand Medicaid for the undocumented without using any of the federal shared payment into it. From my perspective, I don’t see how helpful it is to not allow anybody to purchase in the exchange without subsidies if they can afford it. That seems to be a logical thing to do. There are proposals to provide subsidies and help to make sure coverage is affordable and possible. They don’t commit any funds.

NEWSHOUR: What about the undocumented immigrants who can’t afford insurance. Will affordable health clinics solve this problem?

NADEREH POURAT: For the community clinics, especially the federally qualified health centers, it’s a requirement to provide care to anyone who walks in the door and needs health care. If someone doesn’t have insurance, they try to make sure they get patients covered, but if they can’t, they try to provide care with a sliding scale to work out how much someone can pay. Since the Affordable Care Act, I’ve heard different kinds of stories. Some clinics are overwhelmed with newly insured patients and some aren’t. Some clinics have a lot of patients knocking on their door and there can be longer wait times, which make the access barriers bigger. Some clinics aren’t as overwhelmed, and are still providing care as they were. Overall, there could be more barriers though and it could exacerbate the problem.

NEWSHOUR: Your study looked at undocumented workers in California. Can the results be generalized to the U.S. population, or is this particular to California?

NADEREH POURAT: To some degree it can because California has a large share of undocumented population. Now, undocumented immigrants are spreading out to other states for economic reasons, but the barriers they face don’t vary greatly. For example, in California, Emergency Medicaid is available, but not all states have that. The health care environment might be different by region but a lot of issues are very similar. Worrying about going to the emergency room is not going to be different. Worrying about language barriers is not necessary different. Some states may organize the health care system might be organized differently. But there are more similarities than differences.

NEWSHOUR: In your conclusion, you advocate for making health care more available to undocumented workers. Why is this important?

NADEREH POURAT: Coming from a public health background, in public health, you believe that by improving the health of every member of the community, you improve health overall. Think of the parallels we see in income subsidies. You have programs like social security and supplemental security income that are designed to help people at the lowest level of income. If you bring people up and bring a floor below which nobody will go, you will improve the overall quality of life for everyone. You’ll leave people behind and they will be susceptible to a variety of problems.

I have to acknowledge that nothing comes for free. But it’s a question of whether we’re spending our money wisely. A single emergency room visit or a single hospitalization is many times more than two to five doctor’s visits. From a fiscal, economic perspective, you could spend a little bit more and get far better results than wait for people to show up in emergency rooms and hospitals and then spend thousands of the public’s funds. If you bring people into primary care, they may be able to contribute a little bit whether its through paying premiums or copays. They can contribute a little bit, receive care and avoid severe complications. Or you can wait until they come into the hospital uninsured and they pay nothing and you pay thousands.