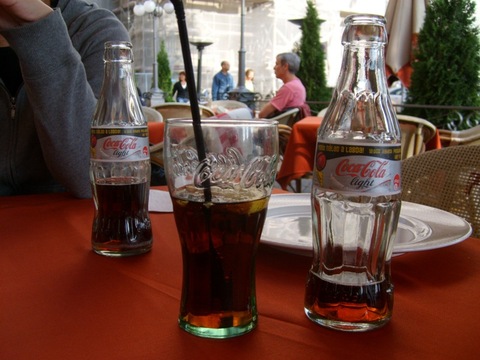 While the movement to tax soft drinks in the United States is still in the debate stage, things are moving faster in Europe, where countries are imposing taxes on soft drinks and other unhealthy foods.

Last year in Denmark, the cost of a container of butter went up about 30 percent because of a tax on saturated fats. Hungary and Finland introduced taxes on soft drinks and other high-fat and -sugar foods. And the French government approved a controversial tax on colas and other sweetened beverages.

At about 9 cents a liter, the French levy is relatively small; it was passed as a part of that country’s austerity program. But the amount was enough for Coca-Cola to threaten to pull some investment from the country.

Also last year, British Prime Minister David Cameron said he would consider a “fat tax” on some foods, saying the American obesity rate “should be a wake-up call” for his country.

The British Medical Journal published an article last month suggesting at least a 20 percent tax — not just on soft drinks but also on other unhealthy foods — would be needed to curb soft drink consumption and reduce obesity.

“We’re not saying, and I don’t think anybody is saying, that these taxes are a panacea and will cure obesity,” said Oliver Mytton, an Oxford researcher and lead author of the British Medical Journal article. “We’re just saying they’re an important measure that should be pursued along with other measures.”

Mytton* cited a study estimating that a 20 percent tax on sugary beverages in the United States would reduce the obesity rate by 3.5 percent. The tax would have less of an effect on obesity in Britain, where soft drink consumption is lower in general, he said.

He said it’s too soon to measure the results of Denmark’s saturated fat tax but said anecdotally that the tax appears to be leading catering companies to use healthier ingredients.

“The industry is very nervous about these taxes, and that suggests to me that they feel that those kinds of taxes are going to change the game for them, and they’re going to have to respond. … It’s going to affect their profit margins. That suggests that they will start to think and do things differently,” Mytton said.

But the soft drink industry is already behaving differently by producing more low-calorie drinks, according to Richard Laming, media director for the British Soft Drinks Association. Diet drinks and those without added sugar, like juice, now make up 60 percent of the soft drink market there — versus just 30 percent two decades ago — keeping Britons’ intake of calories from soft drinks lower, he said.

“So trying to single out soft drinks as somehow being the cause of obesity is defiance of the facts,” Laming said. Soft drink manufacturers don’t accept there’s such a notion as unhealthy food or drink. “What’s healthy or unhealthy are diets, not individual foodstuffs,” said Laming. “And this is one of the fundamental mistakes that people who say you can fix diet problems with the tax system don’t get.”

About the tax in France, Laming said, “It’s a revenue-raising measure; it falls on soft drinks that contain added sugar. But it also falls on calorie-free soft drinks with artificial sweeteners, so there’s no pretense that this is an obesity-related tax. And while we understand that governments have got to raise revenue, they shouldn’t single out individual products for doing so.

“The political parties are not talking about this,” he added. “The government here a couple of months ago announced a proposal to increase the tax on some kinds of hot, takeaway foods, and there was a massive uproar against this, and they backed down. What it shows is the sensitivity to taxing food and drink.”

Oxford researcher Mytton, however, said he believes the British will come around to the idea of a sweetened beverage tax as they did in other areas. “We saw that with minimum pricing for alcohol, which was very controversial and unpopular when it was suggested — it’s now being introduced in Scotland,” Mytton said. “We saw that with smoke-free legislation, a lot of concern about how it would impact on peoples’ liberty — but ultimately, people said, ‘No, we think this is a good idea,’ and it was introduced.”