Why Medicare Chief Don Berwick Was Destined to Step Down 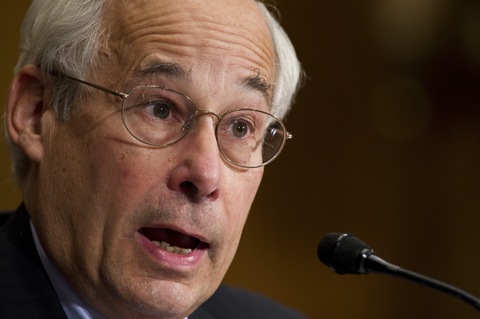 Dr. Donald Berwick, the man who has been both praised and reviled as the country’s Medicare chief, will step down on Dec. 2.

Berwick, a pediatrician and Harvard professor, has many admirers in the health policy world for his views on how to reform the American health care system. As director of the Centers for Medicare & Medicaid Services, Berwick had begun to implement some of those ideas. One of his top priorities has been a program to cut down on hospital mistakes and errors, which reportedly affect one out of every three Americans who enter a hospital for treatment.

But he has also been mightily criticized by conservatives who say he supports rationing health care and believes the U.S. should have a British-style socialist health care system. Berwick has denied such contentions.

Berwick’s 2010 recess appointment by President Obama did not require Senate confirmation. But if he was going to continue in his job past the end of this year, he would have had to go through the confirmation process. Republicans had more than enough votes to stop that. So it appears that for now, Berwick has become a significant casualty in the turf wars that have taken place over passage of the president’s signature health care reform law.

A source with knowledge of Berwick’s plans said he will return to his home in Boston, recharge his batteries and spend some time with his family before deciding what his next position will be.

A few months ago, Berwick sat down with the Newshour to get some of this thoughts on the state of American health care: