Republicans in Congress may have failed to gut the Affordable Care Act last year, but that does not mean that Obamacare is safe.

For months, the Trump administration has been moving to weaken the law. This week, it released a proposal for “short-term” health care plans that would allow insurers to skirt many ACA requirements, including a mandate to offer essential health benefits. These are fundamental services, like maternity and newborn care and access to mental health and substance use disorder. Here’s a look at why the 2010 law requires insurance companies to offer essential health benefits, and what losing them might mean for your insurance plan.

What are essential health benefits?

The goal of the Affordable Care Act was to give all Americans improved access to quality health care, while also reducing costs for consumers and the government. To strengthen health care, the ACA included these 10 essential health benefits to form a bare minimum of coverage that health insurance plans must have:

Why did Obama and Democrats push to include them in the 2010 law?

“Having a baseline standard makes it easier for consumers to pick plans,” said Fiedler, who is now a fellow at the Brookings Institution’s Center for Health Policy.

Why has the Trump administration proposed changes to essential health benefits? 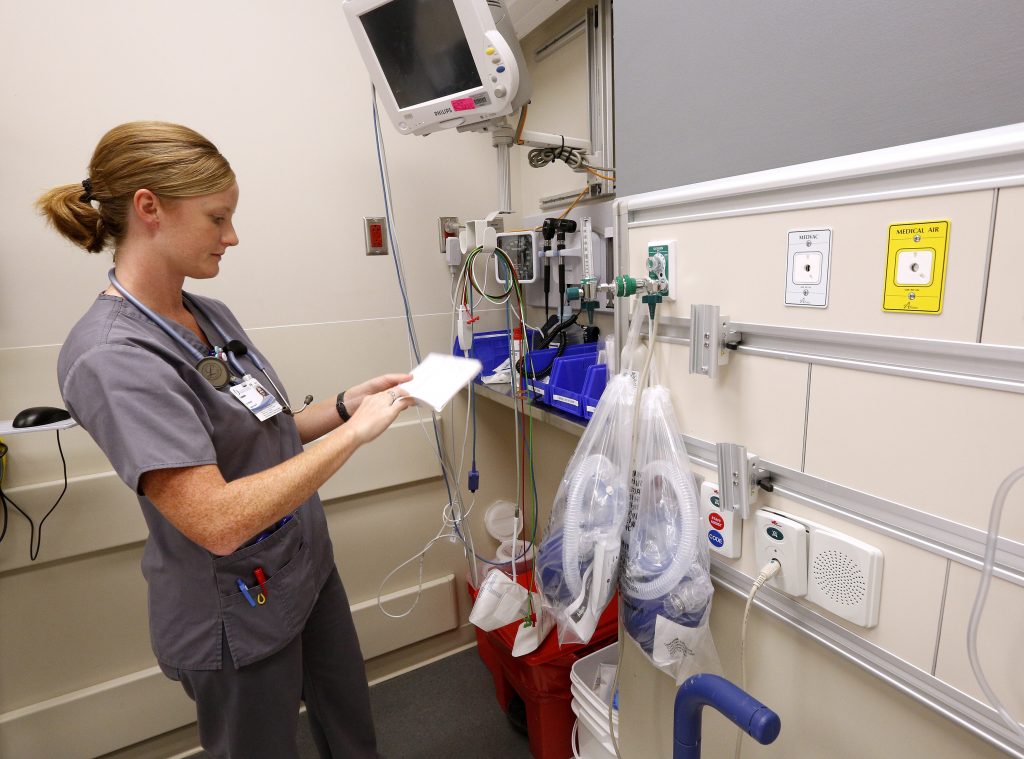 A registered nurse prepares a trauma room in the University of Mississippi Medical Center in Jackson, Mississippi. Photo by Jonathan Bachman/Reuters

Opponents of the Affordable Care Act have long argued the essential health benefits rule has driven up the cost of insurance and health care.

Republicans have also argued that essential health benefits force people to pay for services they do not need as individuals, such as who should pay for pregnancy. At a hearing last March, for example, Rep. John Shimkus, R-Ill., complained about what he deemed as unnecessary health care costs during a committee meeting: “What about men having to purchase prenatal care?”

Nevertheless, the Trump administration has used rising insurance costs to whittle away at the law after the GOP-controlled Congress failed to repeal Obamacare last year.

People can now buy short-term limited duration health insurance plans for up to three months, a change the Obama administration put in place to discourage people from relying on these plans as health insurance.

These cheaper plans keep costs down by dropping any number of essential health benefits and rejecting applicants whose health care needs may be deemed too expensive to cover. The plans appeal to healthier people, but critics say they leave sicker people with costlier care in ACA-mandated health insurance risk pools where premiums then rise.

In his executive order last fall, Trump said he wanted to allow those plans to again offer just under 12 months of health insurance coverage. The Department of Health and Human Services released rules that would make those plans possible this week.

The Trump administration also gave states greater latitude to try new ways to change Obamacare, though those experiments are still panning out.

Thomas Miller, a resident fellow at the conservative American Enterprise Institute, said the order was an example of ways the Trump administration and new Health and Human Services Secretary Alex Azar could succeed in chipping away at Obamacare. Changing health care regulations will likely be easier than passing legislation, Miller said.

“They’ve got an improved team in with folks who know how to read regs and get something through without blowing it up,” Miller said. “I think that will be further utilized, particularly in a difficult legislative environment.”

Though HHS released new rules on short-term health plans this week, it’s still not clear whow essential health benefits may be at risk or what further action may be taken by the White House, federal agencies and states.

Fiedler said he is looking to the past to get a sense of what the future may hold.

“One can look back at the old individual market and look at the types of services not covered in plans,” he said. “Various types of maternity services would probably be things that insurers would cut back on.”

Miller said lifetime and annual caps appear to be safe, but bigger policy changes could be considered, including a move to develop a “megawaiver,” combining waivers under section 1332 of the Affordable Care Act and section 115 under the Social Security Act. This could pool money that would act like a block-grant for health care for people with low income.

“If you put more money in the pot, you can close your eyes and think you’re doing more,” he said. “But you’re really just moving furniture around.”

Left: Who should pay for prenatal health care and insurance coverage is just one point of debate that has emerged as Obamacare opponents work to chip away at essential health benefits. File photo by Getty Images