Imagine this situation: A bad break to your leg requires regular treatment and assisted rehabilitation. But long before the cast is ready to come off, you lose your health insurance, ending your ability to pay for doctor’s visits.

You hobble around in an attempt to resume your normal activities, but without consistent care, you push yourself too hard and compromise your recovery, sidelining you from daily life once again. And so the cycle continues.

A similar problem — less visible but crippling in a different way — is faced by millions of vulnerable Americans every day. Inmates with a history of mental health problems – and that’s almost 65 percent of them – or another long-term medical problem, like substance abuse, receive care on a regular basis while incarcerated. But upon release, which is often after just a few months of jail time, their connection to treatment vanishes.

What happens next? Without regular care, they are far more likely to wind up back where they started: in jail. Indeed, nearly a quarter of all inmates with mental health problems have been in jail more than three times, compared to about 20 percent among those without those health issues. Once these inmates are no longer covered by the health care within the jail system, it is difficult for them to resume treatment, especially since it is uncommon for local jails to have strong collaborative relationships with health organizations in the community.

This is why inmate health care reform advocates stress the importance of “continuity of care.” If jails and their surrounding communities could work together to improve communication and help former inmates receive needed care, some argue that recidivism would drop and overall health care costs would go down. For example, a 2008 study by the Justice Policy Institute suggests that a strong system of community-based substance abuse treatment lowers both crime rates and corrections costs.

The Affordable Care Act, which went into effect at the beginning of 2014, may spark a move toward reform. In an essay published in the March issue of Health Affairs, George Washington University professors Marsha Regenstein and Sara Rosenbaum argue that new policies enacted by that law may create incentives for communities and jails to improve the quality and consistency of care for incarcerated individuals, those previously incarcerated or those about to enter jail.

Regenstein and Rosenbaum write that the expansion of Medicaid and increased health insurance coverage will allow more former inmates to get the medical care they need. With these new policies, a number of solutions to health care challenges become more viable, such as increased collaboration between jails and communities, a transition to electronic record-keeping and information exchanges and better health coverage opportunities for former inmates.

“There is evidence that … if someone leaves jail and goes right into a stable health care situation, that recidivism is lower, that overall costs are lower, that individuals are using health services more efficiently.” Regenstein said. “So it’s kind of a win-win-win for all the parties involved.”

Regenstein sat down with PBS NewsHour last week to discuss the implications that the Affordable Care Act will have on health care in America’s jails. 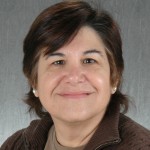 Marsha Regenstein is a professor in the Department of Health Policy at the George Washington University.

NEWSHOUR: Your paper explores how the Affordable Care Act will affect people in jail. Can you explain the results of your study?

MARSHA REGENSTEIN: The Affordable Care Act includes several provisions that should have a profound and very positive impact on individuals who have spent some time in jail. So there are more than 10 million people who spend some amount of time in jail, usually for a short period of time, and the vast majority of those individuals are poor and have had very hard times getting health insurance. And they’re also, as a group, disproportionately likely to have chronic conditions, especially mental health and substance abuse problems.

Prior to the ACA, (Medicaid) did not cover individuals who are adults without dependent children, regardless of how poor they were, unless they qualified as having a disability. There are some states that have some small programs for so-called childless adults. But the ACA really made drastic changes in this area by getting rid of any of the categorical requirements.

Coverage for Medicaid, if you are in an expansion state, is based on a couple of things, like residency – you have to be a legal resident of the state, and you have to be a citizen or a legal resident who has been in this country for more than five years to qualify for Medicaid…. And with Medicaid comes access to a range of benefits – primary care, specialty, etc. – but the ACA also requires public and private insurance to cover certain essential benefits, including mental health and substance abuse benefits.

So it’s like a double-win for a lot of the population who have spent some time in jail, have mental health or substance abuse problems, have never had health insurance and have never had access to these services. That’s on the Medicaid side.

And on the private insurance side, it also makes available participation in state health insurance exchanges, the marketplaces, for people who qualify who are not eligible for Medicaid, but whose income will allow them to qualify to purchase health insurance, often subsidized. So the coverage opportunities and access to a whole range of health services is really a huge benefit.

NEWSHOUR: Can you explain how Medicaid, both before and after the Affordable Care Act, doesn’t cover people who are currently in jail?

MARSHA REGENSTEIN: People who have been in jail have always been eligible for Medicaid or Medicare if they fell into other eligibility categories. So there’s never been a prohibition for someone who spent time in jail, but in jail there is an exclusion where there are no federal benefits that can accrue to the individual while in jail or prison, and that doesn’t change.

The difference is there’s now an incentive on the part of communities as a whole, and jails as part of those communities, who have an obligation to provide health services to those inmates. But (the jails) really were never set up to be health service organizations.

If someone comes into a jail with prior health arrangements, and then can leave the jail going back to certain health arrangements, there’s a greater incentive on the part of the jail to get that person’s health records, to maintain them … to try to maintain their health care while they’re in jail, which is the responsibility of the jail, and then to do some coordinated discharge planning to make sure that they get into those stable arrangements so the care is coordinated.

There is evidence that if that happens – if someone leaves jail and goes right into a stable health care situation – that recidivism is lower, that overall costs are lower, that individuals are using health services more efficiently. So it’s kind of a win-win-win for all the parties involved.

Jails sometimes will cut off someone’s Medicaid if they (are incarcerated), and they’re there for more than, let’s say, a month. But there’s an incentive – and (Centers for Medicaid & Medicare Services) has supported this and encouraged this – for jails to just suspend Medicaid so that the very moment someone gets out, their Medicaid is reactivated, and they can go right back into a good, stable relationship with a health care provider.

NEWSHOUR: What specifically do the communities have to gain by easing this transition, by creating a better infrastructure?

A lot of people who are arrested and going to jail are, at the time of arrest, using alcohol or drugs. And there’s a certainly a relationship between alcohol and drug use and mental health problems and repeat incarcerations. So if communities and the health care systems can get people into coordinated arrangements, it’s a much more efficient use of health services, it’s better for the individual and it’s a safer environment.

When I say “incentives,” there aren’t direct financial incentives for the jail to do this. It’s been a very frustrating and difficult process for jails to find effective health care arrangements for people leaving jail, and many have started doing discharge planning. But if there’s no health coverage for that person when they leave jail, it’s just a very hard situation to try to manage that transition.

NEWSHOUR: Up until this point, why has in-jail health care been so self-contained?

MARSHA REGENSTEIN: There’s very little known about really what’s happening in jails in terms of the quality of health care that’s delivered. There are no systems of reporting that are required to sort of take the pulse on what people are getting, how quickly they’re getting care, what the quality of the care is – certainly no system nationally. There are Bureau of Justice periodic surveys of inmates, but they’re very dated. The latest one was in 2002. It gathered quite a bit of information about the experiences of individuals – why they ended up in jail – and very little about the health profiles of the people in jail.

In terms of really understanding the quality of health care in jails, it’s a pretty highly charged area. There are issues around inmates’ rights, I think, that maybe make it more difficult to find out what’s going on. There are, I guess, liability issues wrapped up in this. But much more information needs to be known about exactly what the health care is in jails.

When a lot of mental health institutions closed in the last several decades, and community mental health services were thought to be the replacement, the investment in those community health services was never robust enough to really become the provider that it needed to be to handle mental health and substance abuse services. And so a lot of the large prisons and jails in this country are essentially housing the highest number of patients with mental health and substance abuse problems, without really understanding whether they’re the services that are necessary to take care of them. And clearly, it does not appear to be sufficient. That’s probably an understatement. The quality of health care in many, many jails is just abysmal.

NEWSHOUR: Are you optimistic that this reform will eventually become widespread?

MARSHA REGENSTEIN: I think it’s going to be hard. It’s always hard when you change a system of care, right? … But I think slowly communities will move in that direction. Counties and county criminal justice departments are aware of this. And there’s so much on everybody’s plate in terms of health care reform that it may take a while for this to happen. Like I said, jails are not designed to be health care organizations. They’ve been saddled, too, with the responsibility, and some are really trying to meet that, and some are woefully behind. So I think there’ll be some innovators, as there usually are in the field, and they may be able to develop some systems that other jails around the country can use as models. But I think it will be challenging.

Left: Illustration by The Fresno Bee/MCT via Getty Images