Would McKinley have survived an assassin’s bullet if he had a different doctor?

For those who’ve heard of the Pan-American Exposition of 1901 at all, they likely know it as the scene of the assassination of our 25th president, William McKinley.

Popular and admired, especially after winning the Spanish-American War, McKinley danced his way into reelection in 1900. On the ticket with him was Theodore Roosevelt, the governor of New York. When offered the vice presidential nomination by Thomas C. Platt, the Republican U.S. senator and state party boss of New York, Roosevelt was said to have responded, “I would a great deal rather be anything, say professor of history, than vice president.”

One bullet, amazingly, bounced off a button on the president’s frock coat and never penetrated his body.

Platt wanted the maverick governor out of his hair and nominated him anyway at the G.O.P. convention. Platt’s goal was to seclude Roosevelt in the tomb of the vice presidency, “a stepping stone,” Roosevelt once noted, “to oblivion.” Of course, it didn’t quite turn out that way.

On Sept. 6, 1901, McKinley had just visited Niagara Falls, attended the Exposition, made a speech calling for an end to “isolationism,” and shook hundreds of hands of supporters at the Temple of Music. In the greeting line was an anarchist named Leon Czolgosz.

Czolgosz was born in Alpena, Michigan, a former steel worker who lost his job in the Depression of 1893. He became interested in anarchism after hearing a speech given by Emma Goldman in Cleveland, Ohio. Czolgosz believed there was great injustice in American life and that income inequality allowed the wealthy to oppress and exploit poorer citizens. After learning about the assassination of Umberto I, the King of Italy, at the hands of an anarchist, Czolgosz decided to take fate into his own hands.

Czolgosz wrapped his right hand in a handkerchief up to the wrist. Underneath the handkerchief was a .32 caliber Iver Johnson “Safety Automatic” revolver. At 4:07 p.m., as the president reached out to shake Czolgosz’s left hand, the assassin fired two shots at extremely close range. One bullet, amazingly, bounced off a button on the president’s frock coat and never penetrated his body; the other pierced his stomach. The crowd descended on Czolgosz as the president slumped to the ground. Witnesses heard McKinley implore, “Go easy on him, boys!”

Perhaps more amazing, the president had no bodyguards, despite two presidents being assassinated before him (Lincoln and Garfield). Indeed, it was the McKinley assassination that led to the expansion of the U.S. Secret Service, originally established in 1865 to control counterfeiting and other financial crimes on behalf of the Treasury Department. After 1900, the Secret Service created an elite unit of bodyguards charged with protecting the president and vice president (as well as his or her family), major presidential and vice presidential candidates, and their partners, and foreign heads of state. 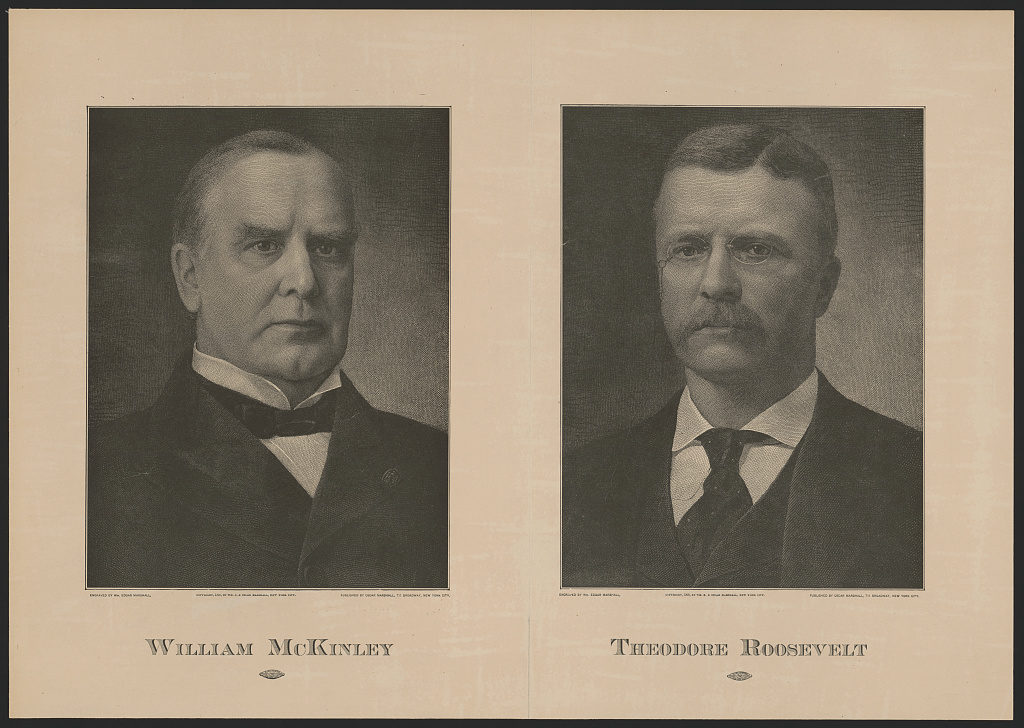 Rushed to the Pan-American Hospital, McKinley was operated on by Dr. Matthew Mann, a gynecological surgeon and the dean of the University of Buffalo Medical School. Mann happened to be at the fair that day and was the first physician to respond to the scene. When Mann opened up the president’s abdomen, there were so many layers of fat that he could not find the bullet. Finally, two stomach wounds were found and sewn back together. Mann could not find any bleeding present behind the pancreas and he decided to close up the president’s abdomen. Incredibly, no abdominal drains were put in place, which might have pulled out pooling body fluids that often lead to secondary or post-operative infections.

The man best suited to operate on the president was Roswell Park, a legendary surgeon with extensive experience in treating abdominal wounds. Dr. Park, however, was in Niagara Falls operating on a patient with lymphoma of the neck. When called to tell him he was urgently needed back in Buffalo, Park barked into the telephone being held to his ear, as he scrubbed up for his operation, “Don’t you see that I can’t leave this case, even if it were for the president of the United States?” The voice on the phone, now lost to history, barked back, “Doctor, it is for the president of the United States.”

Initially, McKinley rallied, and for the first five days after the shooting, Mann was getting the early 20th-century equivalent of high-fives from his colleagues.

After coming out of the ether anesthesia, the president was given morphine for his pain and a slurry of strychnine and brandy, then a common means of stimulating the heart. Once stable, McKinley was placed in a horse-drawn taxi and taken from the Pan-American Hospital to the home of John G. Milburn, a prominent attorney in town and the president of the Pan-American Exposition.

Initially, McKinley rallied, and for the first five days after the shooting, Mann was getting the early 20th-century equivalent of high-fives from his colleagues. Things went south, however, on Sept. 12, when McKinley was diagnosed with heart failure by Dr. Charles Stockton, an internist and professor of medicine at University of Buffalo. Over the next 48 hours, matters only became graver, and at 2:15 a.m., Sept. 14, 1901, the president expired.

At autopsy, the pathologists probed and explored for nearly 90 minutes and still could not find the bullet. They diagnosed gangrene, or necrosis, of the pancreas and the stomach. Some armchair pathologists later insisted that the anarchist Czolgosz tipped the bullet with poison. An overwhelming infection and severe fluid loss, leading to heart failure, seems the more likely diagnosis. Sadly, in those early days of germ theory, an era still not yet blessed by the power of antibiotics, physicians had few tools what to treat the occult, infectious war being waged inside McKinley’s gut.

Czolgosz was put on trial for murder in the New York State Court of Buffalo on Sept. 23, 1901, nine days after the assassination attack. Within two days, despite pleading insanity, the jury pronounced him guilty. Czolgosz was sentenced to death by the electric chair a month later.

The team taking care of the president went from national heroes to scapegoats in a matter of hours after McKinley’s death. Elite physicians from the better medical schools on the Eastern Seaboard derided them publicly. On Dec. 18, 1901, the New York Times reported that Mann was even stiffed on his bill.

It is merely conjecture and speculation to wonder if McKinley might have survived had a different surgeon operated on him. We can say, with confidence, that American history changed courses that day when the fiscally conservative and pro-business McKinley was replaced by Roosevelt, a young, vibrant progressive who had a very different view of the role of the federal government.

Among Teddy Roosevelt’s many achievements in the White House is one that affects our health on a daily basis: signing into law the Pure Food and Drug Act of 1906, which prohibited the sale of misbranded or adulterated food and drugs in interstate commerce, and created the nation’s first consumer protection agency, the Food and Drug Administration.