LONDON — Dozens of climate change activists blocked roads outside the Parliament in London on Thursday, some gluing themselves to the ground as part of the group’s ongoing protests.

About 60 supporters of the group Insulate Britain sat on the ground holding banners, blocking two roads around Parliament. Commons Speaker Lindsay Hoyle said it was “totally unacceptable” that the group was “interfering with democracy” after a lawmaker was delayed from entering Parliament to take part in a session on transport.

Insulate Britain has carried out protests blocking roads and highways in London and elsewhere in the U.K. in recent weeks, to demand the government improve the energy efficiency of heating in people’s homes by 2030. The group has also targeted London’s financial district. Dozens of protesters have been arrested. 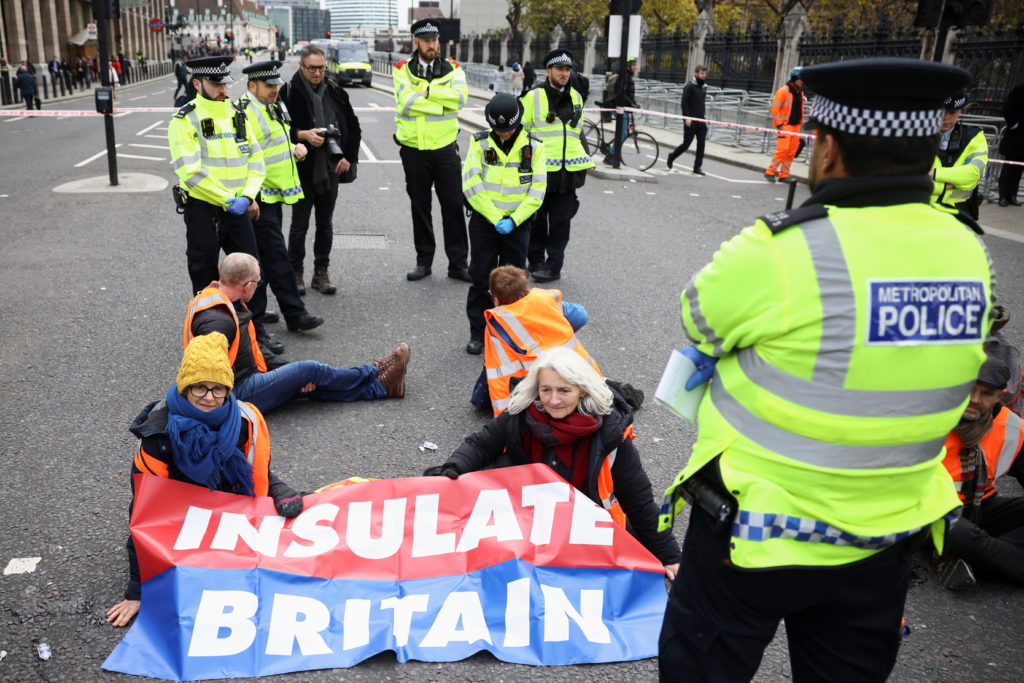 Insulate Britain activists protest outside the Houses of Parliament in London. Photo by Henry Nicholls/Reuters 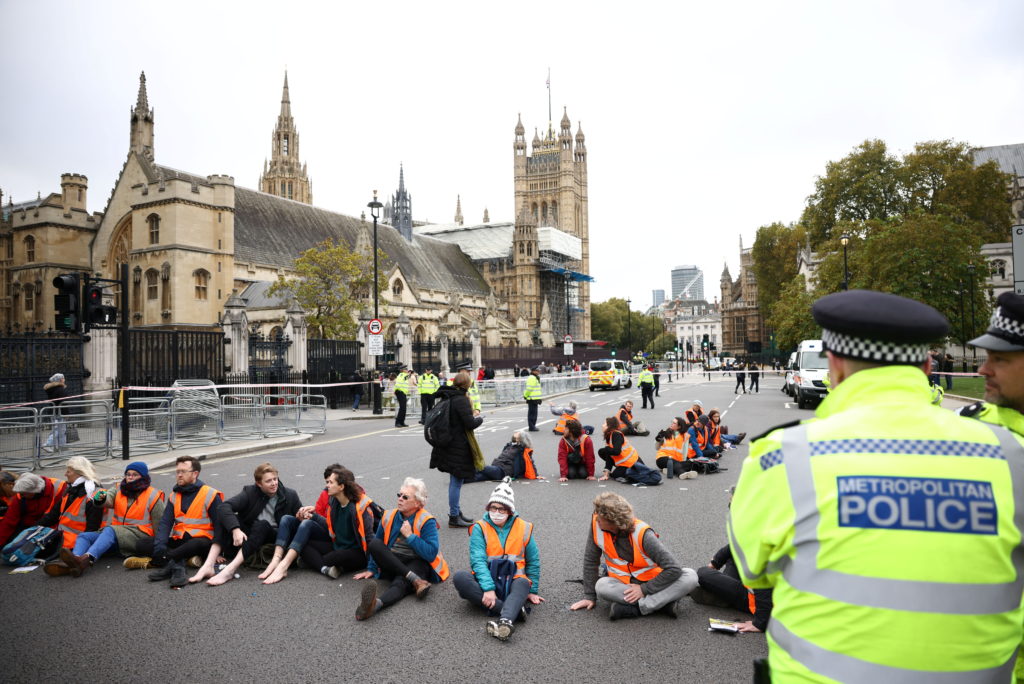 Insulate Britain activists block a road outside the Parliament in London. Photo by Henry Nicholls/Reuters