Sally Snowman was just a child when she first fell in love with Boston Light, the nation’s first and oldest lighthouse station.

“I had the privilege of coming out here with my family for a picnic,” Snowman told the NewsHour. “I got out of the dingy, stepped on the beach, looked up at this 89-foot tower and said, ‘Oh, when I grow up, I wanna get married out here.’ And in 1994 that happened.”

Snowman and her husband Jay Thomson now call Brewster Island — the speck of land where the British built the lighthouse in 1716 — home for seven months of the year. 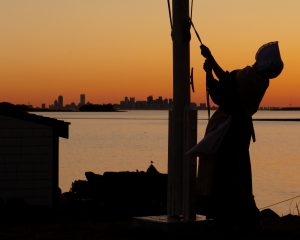 Thirteen years ago, the U.S. Coast Guard hired Snowman to be the 70th resident keeper of the historic lighthouse. With all the previous lightkeepers being male, she’s also the first woman to ever hold the post.

In the summer months, Snowman oversees a cadre of 90 volunteers who help maintain the facility. On weekends, she also touts the history of the lighthouse to tour groups who boat in from the mainland.

“We are a living museum,” she said. “Visitors get to come out, climb [Boston Light’s] 76 spiral stairs, two ladders into the lantern room and stand by an eleven foot crystal made up of 336 individual prisms.”

That crystal is a Fresnel lens installed 1859. Twenty-four hours a day, 365 days a year, the rotating lens projects the lighthouse’s 12 beams out for 27 miles. In doing so, Boston Light continues the job it was intended to do 300 years ago: showing vessels a safe way into Boston Harbor. 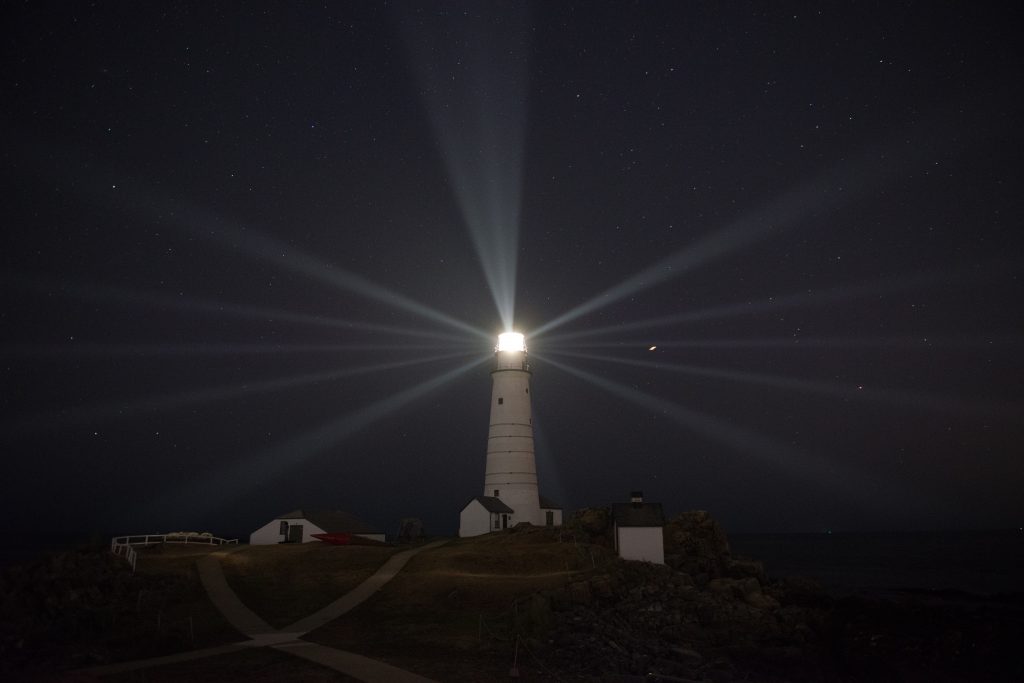 “In 1716, there were many shipwrecks in the outer harbor of Boston and they wanted a major aid to navigation to show the ships safe passage,” Snowman said. “So, Boston Light was erected.”

But that tower isn’t the one visitors tour today. The original was blown up in an incident during the Revolutionary War and was rebuilt by the newly-formed United States in 1783. The second rendition is the tower that now shines upon Beantown.

Even as technology allowed the Coast Guard to phase out resident keepers from its other lighthouses, Boston Light will continue to be staffed. In 1989, Congress mandated the agency keep the facility manned and open to the public in perpetuity.

And as the lighthouse station celebrates its 300th anniversary, Snowman is grateful Boston Light continues to inspire and inform. To her, it’s a “jewel of the harbor.”