My fellow Americans, Election Day is about a week away.

Americans — both Democrats and Republicans — are “worn out” by the political chatter on social media, the latest Pew Research Center survey found. One wonders if Pew, too, is sick and tired of polling Americans about their feelings about this election. Guess we’re all going to need “election therapy.”

Even at the “happiest place on Earth,” one-word responses to this year’s election were mostly negative, ranging from “disappointing” to “freak show.” Others wanted to avoid talk of the election altogether. “This is why I’m at Disneyland,” one person told the Los Angeles Times.

So, for the third week in a row, we feature five important stories that may have gotten buried by Donald Trump and Hillary Clinton news.

1. Police to release details over the fatal shooting of Renee Davis 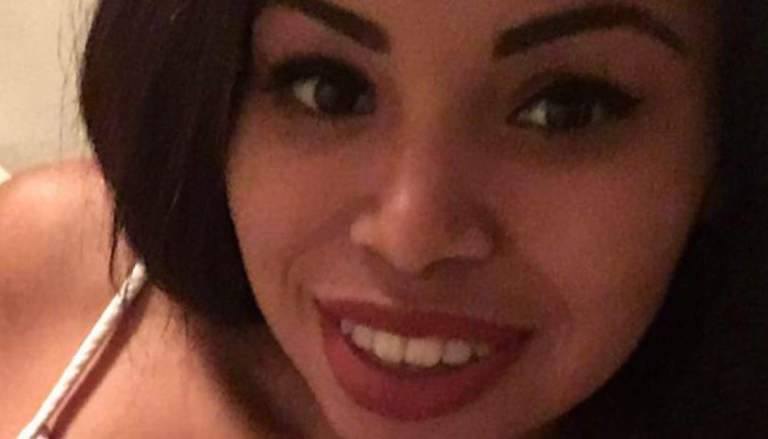 More than a week ago, police shot and killed Renee Davis, a pregnant Native American mother who lived on Muckleshoot Indian Reservation in Washington state.

The 23-year-old mother of three suffered from depression, the Seattle Times reported.

The King County Sheriff’s Office has maintained that deputies arrived at her home during the evening of Oct. 21, responding to a report of an armed, suicidal woman. According to authorities, when no one answered the door, the two deputies entered the house and found Davis armed with a small handgun and opened fire. She was pronounced dead at the scene.

Davis’ foster sister, Danielle Bargala, told the Seattle Times that a friend alerted authorities for a “wellness check” when Davis sent her a text that said “she was in a bad way.” Last week, the sheriff’s office identified the officers involved in the shooting: Nicholas Prichett, who has eight years of experience; and Tim Lewis, with three.

Davis’ family, along with the Seattle Human Rights Commission, has called for more information on what exactly led to the shooting.

The commission released a statement saying that few officers in the country are “well trained on how to recognize and interact with people living with depression and similar conditions.”

The sheriff’s office is expected to release details of the shooting and the department’s procedures for wellness checks today, The Stranger reported.

The commission’s statement alludes to the far-too-common encounters between law enforcement and people struggling with mental illness. As Vox pointed out, a 2015 report by the Treatment Advocacy Center revealed that those with untreated mental illnesses are 16 times more likely to be shot and killed by police.

“We have turned mental health crisis from a medical issue into a police matter,” said John Snook, a co-author of the study, in a statement announcing the center’s findings. “This is patently unfair, illogical and is proving harmful both to the individual in desperate need of care and the officer who is forced to respond.”

Also, according to The Guardian’s database of police-involved shootings in the U.S., 15 Native Americans have been killed by police this year.

Davis’ death shows how the national concern about excessive police force in the U.S. isn’t just a black and white issue. An investigation by Stephanie Woodard of In These Times found that Native Americans are more likely killed by police than any other group, specifically three times more likely than white Americans.

Woodard said that while The Guardian and the Washington Post have compiled databases to fill in the gaps left by government data, “even these sometimes misidentify or omit Native victims.”

“Racial issues in the Unites States tend to be framed as black and white, while other groups are ignored,” Woodard wrote.

2. This virus causes microcephaly too, but most folks aren’t paying attention to it 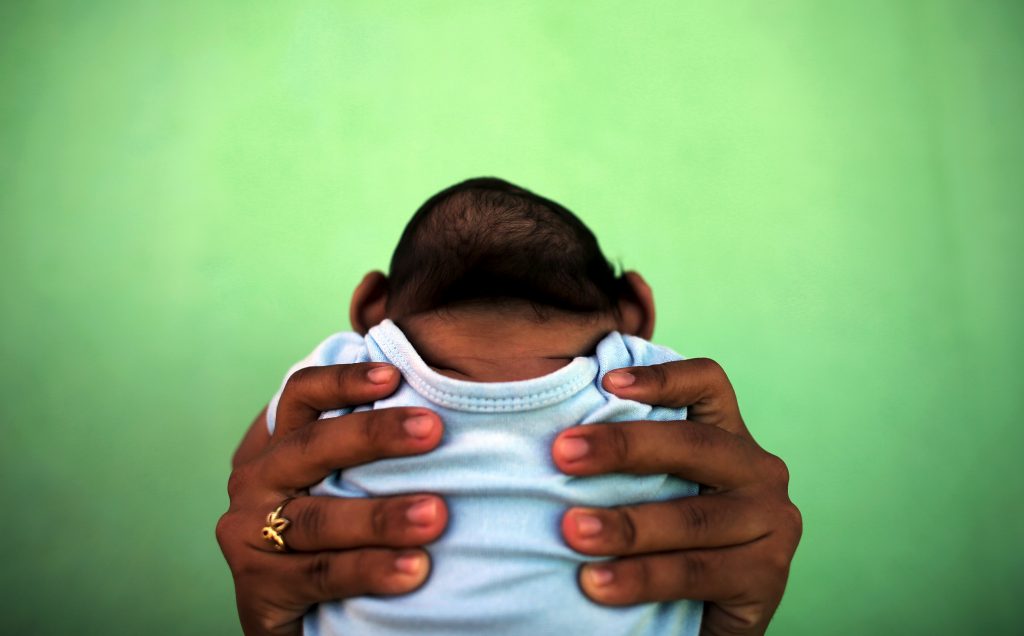 Jackeline, 26, holds her son who is 4-months old and born with microcephaly, in Olinda, near Recife, Brazil. Photo by Nacho Doce/Reuters

To date, the mosquito-borne Zika virus has been linked to more than 950 cases in pregnant women in the U.S., according to Centers for Disease Control and Prevention.

The virus made national headlines for its possible link to microcephaly, a condition associated with severe disabilities in newborns, including abnormally small heads. The World Health Organization expected there to be more than 2,500 cases of microcephaly in Brazil alone, which has been the epicenter of the Zika epidemic.

However, The New York Times reported that cytomegalovirus, or CMV, affected babies at a far higher rate in the U.S. Between 20,000 to 40,000 infants are born with CMV, the Times reported. Of those, up to 8,000 develop permanent disabilities, including microcephaly and other health problems.

Like Zika, there is no vaccine. But unlike Zika, CMV spreads through direct contact with body fluids, such as saliva, blood, tears and breast milk.

CMV is a also herpes virus, meaning it’ll remain in your body, and symptoms will appear when your immune system is compromised.

There’s no vaccine for CMV yet, partly due to the fact that most people aren’t aware of the virus, Dr. Mark R. Schleiss, director of pediatric infectious diseases at the University of Minnesota Medical School, told the Times. Schleiss said health officials have been asking for a vaccine for decades now.

“Everyone and their brother knows about Zika, but it’s very rare in the U.S.,” he said.

A direct comparison between CMV and Zika when it comes to neurological disorders is tricky, as the jury is still out on how many brain deficits might result from the mosquito-borne virus and if those are restricted to microcephaly, NewsHour’s digital science producer Nsikan Akpan said.

3. The rate of migrant deaths crossing the Mediterranean doubles 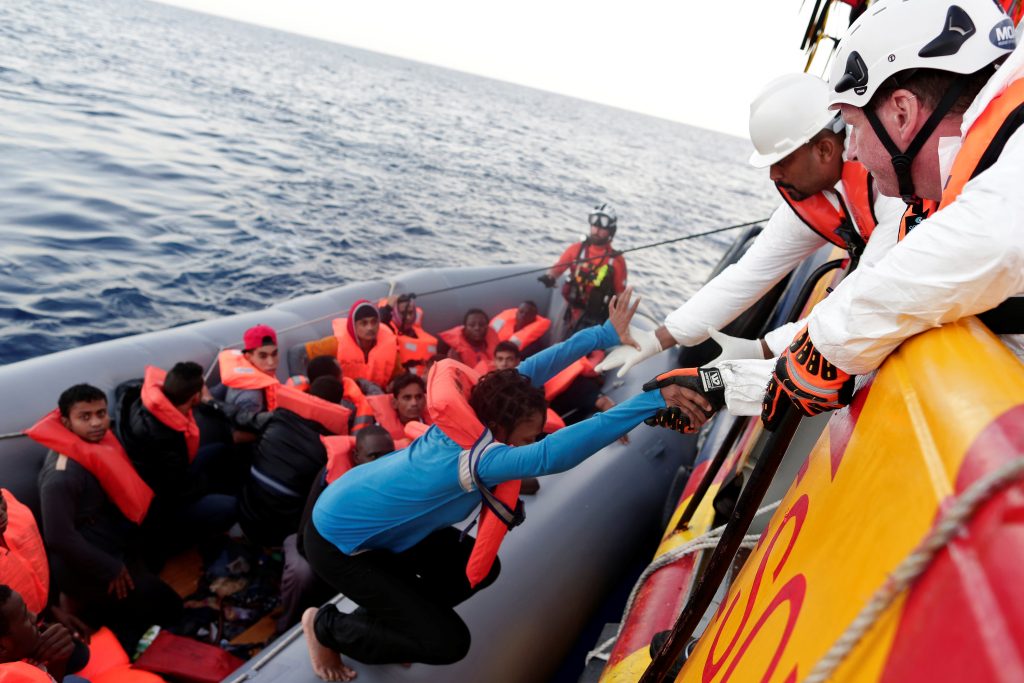 Migrants are seen during rescue operation in the Mediterranea Sea on Oct. 20, 2016. Photo by Yara Nardi/Italian Red Cross press office via Reuters

“This is the worst we have seen,” said William Spindler, spokesman for UNHCR, in a statement, adding that the death toll for this year is harrowing because the number of people who crossed the Mediterranean — 327,800 and counting — is about half the number who made the same perilous journey last year.

The UNHCR listed several reasons for the increase. Migrants have taken a more dangerous route from North Africa to Italy. Smugglers also have been using poor quality boats that can easily capsize in bad weather.

In September, the United Nations General Assembly held its first summit on the refugee crisis. Their goal is not only to better protect refugees and meet their basic needs, but to also expand support to allow access to education and jobs.

Filippo Grandi, U.N. high commissioner for refugees, told the NewsHour then that there’s a growing realization that this is a “global problem.” The feelings of rejection against migrants that have cropped up in several countries are partly because they didn’t see an orderly, organized response to the crisis, he said.

An estimated 65 million people worldwide are considered refugees and migrants. In September, the U.N. began its first summit on the growing global issue. William Brangham interviewed Filippo Grandi, UN High Commissioner for Refugees, about its importance.

“This is why this declaration also invites everybody, all the states, together with the United Nations organization, to work on these responses, to make them more predictable, more cooperative,” Grandi told the NewsHour. “If Europe had reacted in that manner back last year, when people started arriving in large numbers, I’m persuaded that there wouldn’t have been such a negative reaction growing with the passage of time,” he added. 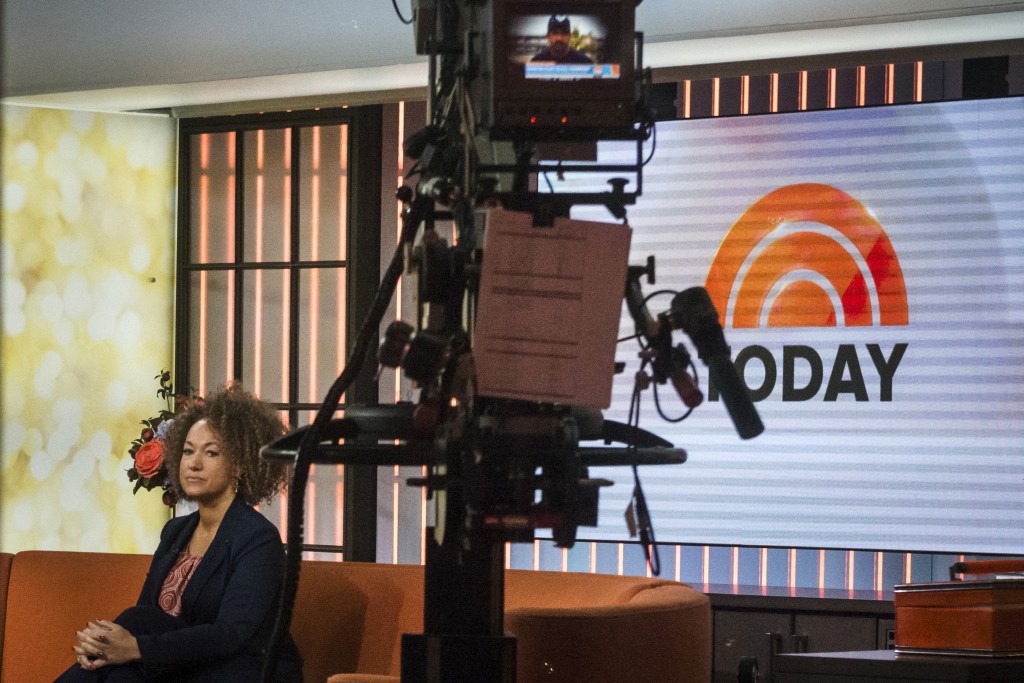 Rachel Dolezal’s new book became available for pre-order on Amazon over the weekend. The title? “In Full Color: Finding My Place In A Black and White World.”

Dolezal, if you remember, is the woman who resigned as Spokane chapter president for the National Association for the Advancement of Colored People in 2015 after questions over racial identity were raised.

Although Dolezal presented herself as black, her parents came forward, saying they are both white. On NBC’s “Today” show, Dolezal gave several reasons as to why she self-identified as black, including being a 5-year-old who drew herself using a brown crayon, instead of a peach crayon.

The book’s description said Dolezal will discuss the “discrimination she’s suffered while living as a black woman,” among other topics. Additionally, the description said, Dolezal’s story “forces us to consider race in an entirely new light — not as a biological imperative, but as a function of the experiences we have, the culture we embrace, and, ultimately, the identity we choose.”

The Root compiled the Twitter response to the announcement. Here’s a taste:

Every time you see/hear something about Rachel Dolezal's book, go buy an indie press book written by a POC. It's the right thing to do.

Critics accused Dolezal of blackface or using the racial identity for personal gain in her civil rights work. It was also eyebrow-raising in a time when national headlines show how black skin is targeted by police.

Last year, Gene Demby of NPR’s Code Switch said the question of Dolezal’s identity raised the idea that “race is a fiction, that it is not a thing that is fixed, that it is a thing that we always negotiating,” even though the activist was an “imperfect fulcrum” for those discussions.

In his end-of-year column for 2015, the Times’ Welsey Morris said “there was something oddly compelling about Dolezal.”

“She represented — dementedly but also earnestly — a longing to transcend our historical past and racialized present. This is a country founded on independence and yet comfortable with racial domination, a country that has forever been trying to legislate the lines between whiteness and nonwhiteness, between borrowing and genocidal theft. We’ve wanted to think we’re better than a history we can’t seem to stop repeating. Dolezal’s unwavering certainty that she was black was a measure of how seriously she believed in integration: It was as if she had arrived in a future that hadn’t yet caught up to her.”

The book comes out March next year.

When Newt Gingrich raised the possibility of 2020 rematch between Donald Trump and Clinton, I resorted to an enduring Vine. (RIP Vine.)

The Greek chorus reaction to the 2016 U.S. presidential race. Video by Vine FC

Point is, many us relived our favorite six-second, looping videos, mourning the passing of a truly absurd — but welcome — app.

At the same time, Groupon also announced it was buying its one-time rival LivingSocial. Both companies offered daily discounts at local businesses, but have faced a precipitous drop in consumer interest in recent years.

Groupon to buy LivingSocial, reports another loss https://t.co/c40FKgeBvT Four years ago this deal would have broken media Twitter

The recent tech boom in Silicon Valley birthed the term “unicorns” to describe billion-dollar start-ups, and LivingSocial was a member of the highly valued club. But that initial optimism for the discount coupon company wouldn’t last.

LivingSocial’s value peaked in 2011 at around $4.5 billion, but bottomed out “at somewhere in the low tens of millions or less,” Mashable reported.

I mean, look at this graph.

When the Times profiled LivingSocial a year ago, it documented the company’s struggles to evolve its business model, adding that it was “more unicorpse than unicorn.”

But Groupon, too, has had difficulty with sustainability. As Mashable pointed out, Groupon has gone through a series of layoffs and planned to close 15 of its 27 markets over the next two years.

Last year, Michael Moritz of Sequoia Capital wrote of how valuations of these “unicorns” meant high expectations that these companies weren’t always able to meet. Groupon went public in 2011, but investors and analysts immediately questioned whether the company would be able to sustain its growth.

“It is easier to conceal weaknesses, present an aura of invincibility and confound investors as a private company that can escape by making fewer disclosures than as a publicly traded one,” Moritz said.