1. Kathryn Mayorga’s rape allegation against Cristiano Ronaldo and what it means in this #MeToo moment 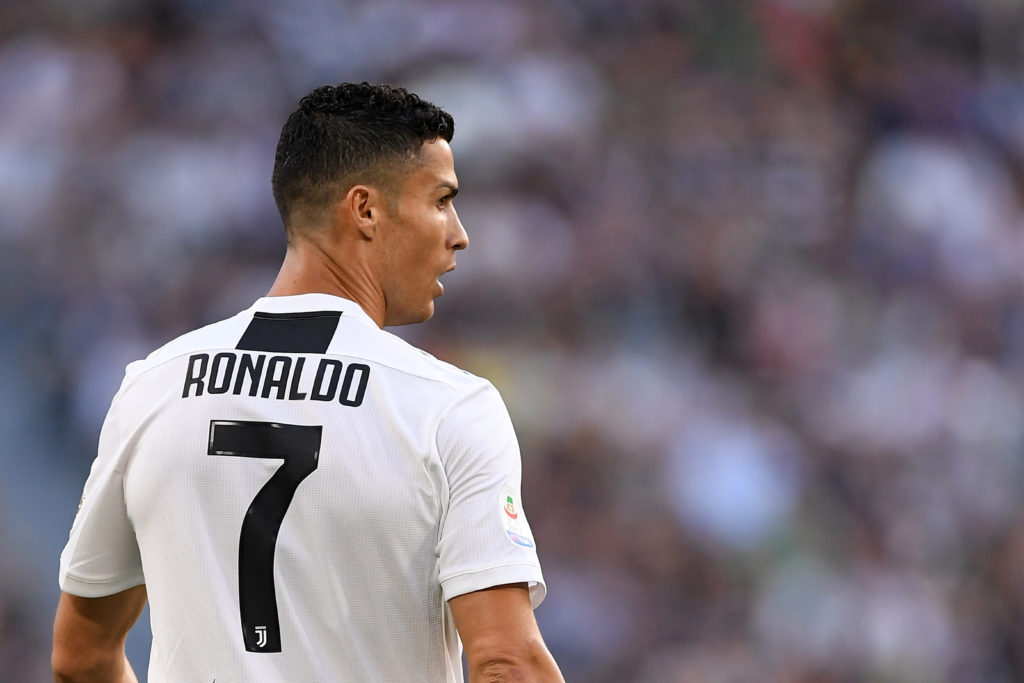 Ronaldo said he “firmly denied” the accusation in a tweet, adding, “Keen as I may be to clear my name, I refuse to feed the media spectacle created by people seeking to promote themselves at my expense.”

In an interview with German newspaper Der Spiegel, Mayorga said she’s “terrified” and “scared” about coming forward about the incident now, saying Ronaldo is a “pretty famous guy.”

Recounting how she met Ronaldo in Las Vegas in 2009, Mayorga said the athlete invited her to a party in a penthouse hotel suite while she was working as a model for the same hotel. Later, Mayorga said Ronaldo exposed himself to her and then sodomized her without a condom, despite her repeated demands to stop.

Mayorga said she later signed a non-disclosure agreement about the incident because she feared for herself and her family and because “I didn’t want my name out there.” She received $375,000 as part of the agreement.

Her lawyer is now arguing that that document isn’t legally binding because it was made under duress. Der Spiegel first reported on the agreement back in 2017 after the documents were leaked. [Der Spiegel]

Why it matters: The #MeToo movement has changed the conversation about sexual assault, but even as the high-profile allegations against now-Supreme Court Justice Brett Kavanaugh garnered seemingly nonstop attention, there has been muted attention on this case, Eric Adelson of Yahoo Sports wrote.

“We are finally in a world where people are listening. It’s just that some aspects of the global sports complex make it a little harder to listen,” he wrote.

Adelson noted how coverage centers around Ronaldo, backed by a multi-million dollar franchise, as the main character in the ongoing story. These conditions, and more, create a stark imbalance between Ronaldo and Mayorga, his accuser.

2. Detroit is installing “hydration stations” at all of its schools over lead concerns 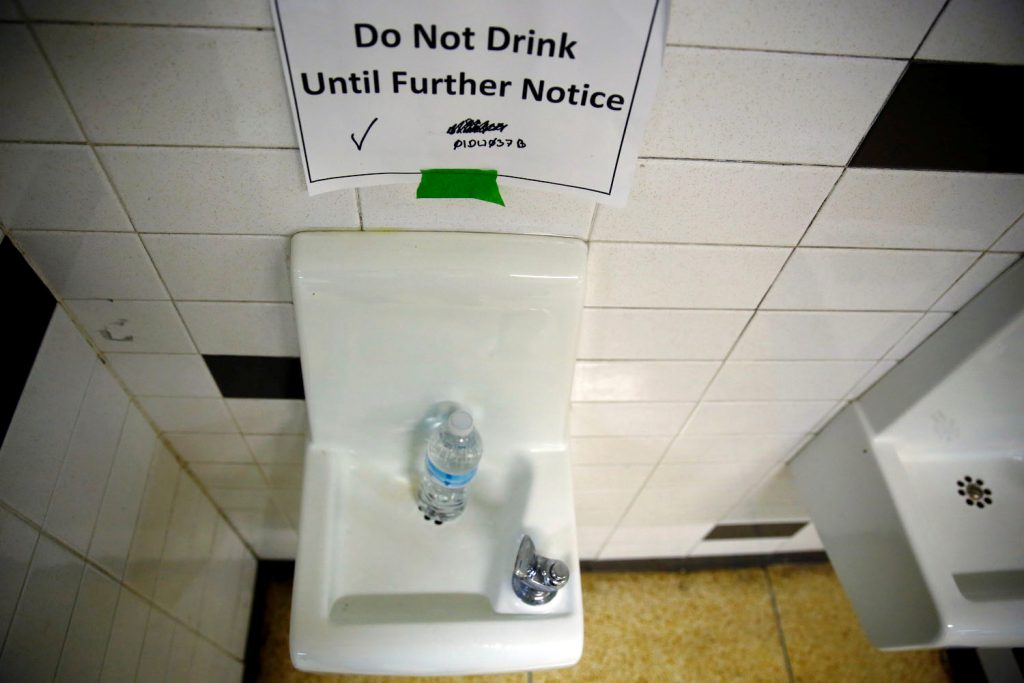 A sign is seen next to a water dispenser at North Western High School in Flint, a city struggling with the effects of lead-poisoned drinking water in Michigan, May 4, 2016. Faucets at more than half of Detroit’s public schools were turned off starting at the beginning of the school year after testing showed that the water contained hazardous levels of lead, copper or both. Photo By Carlos Barria/Reuters

Faucets at more than half of Detroit’s public schools were turned off starting at the beginning of the school year after testing showed that the water contained hazardous levels of lead, copper or both.

Further tests released over the last several weeks have painted a more grim picture of exactly how high those levels are in the state’s largest school system.

A review of samples by the Detroit News showed that some schools had lead levels dozens of times higher than the federal limit — 15 micrograms per liter — set by the EPA. Copper levels also several times exceeded federal standards.

The data comes as the public school system announced it had secured $2.4 million in funding for “hydration stations,” to be installed in all of the district’s 106 schools. It needs around $3 million to purchase and install its target number of one station per 100 students. The district hopes to install all stations by the end of the summer, according to school officials. [The Detroit News]

Why it matters: The unfolding water crisis in Detroit’s schools comes four years after Flint, Michigan, changed the source of its drinking water, exposing 100,000 residents to water that had not been properly treated and was therefore contaminated by lead pipes.

Since then, Flint has continued to receive most of the national attention around drinking water access. Lead poisoning in children can create a number of developmental, behavioral and learning problems, including lower IQ and stunted growth. But nationwide many other school districts, cities and counties are struggling with contaminated water, too. “Like Flint, many of these localities are plagued by legacy lead: crumbling paint, plumbing, or industrial waste left behind,” an investigation by Reuters and Scientific American found last year. “Unlike Flint, many have received little attention or funding to combat poisoning.”

There are 3,810 communities across the country with twice the child lead poisoning rate in Flint, the investigation found. Lead tests are only required for children in certain states, which means many of these problems can go undetected for years. And while Congress has directed funding to Flint — another $170 million last year — that’s “10 times the CDC’s budget for assisting states with lead poisoning this year,” the investigation pointed out.

3. Thousands of U.S. hotel workers walk off the job in a nationwide strike

After months of failed negotiations, thousands of Marriott hotel workers in San Francisco, Boston and Detroit, among other U.S. cities, are on strike, with workers in Hawaii joining the protests this week.

BREAKING: #Honolulu and #Maui workers are joining the nationwide #MarriottStrike totaling 8 cities with 7,700 workers from 23 @Marriott hotels in Boston, San Francisco, San Jose, Oakland, San Diego, and Detroit. We demand that One Job Should Be Enough! #1job pic.twitter.com/nMWxfqFotS

That makes about 7,700 housekeepers, bellhops and other hospitality workers who have demanded better working conditions, better hours and better safeguards against automation that could threaten job loss, according to a statement from Unite Here, the labor union that represents them.

The union has called for wages that would ensure workers wouldn’t need to get second jobs, and wants its workers to be part of the conversations around automation changes to mitigate the fallout.

“This is about workers being able to provide for their families and live in the city where they work,” Brigette Browning, president of the local chapter of Unite Here in San Diego, told The San Diego Union Tribune. She said it’s about making sure one job can provide enough, “especially for workers of the largest, most profitable hotel company in the world.”

Why it matters: Economists have not fully agreed on how disruptive automation will be in the coming years, but do think it will disproportionately affect those with lower incomes. According to the Council of Economic Advisers, about 83 percent of jobs that pay fewer than $20 per hour are considered to be most vulnerable to automation. And this could include non-managerial hotel staff.

The nationwide strike appears to be indefinite until an agreement can be reached between the workers and Marriott, meaning short-staffed managers may be making beds and hauling travelers’ bags for some time to come.

4. Google+ is shutting down after news of data breach 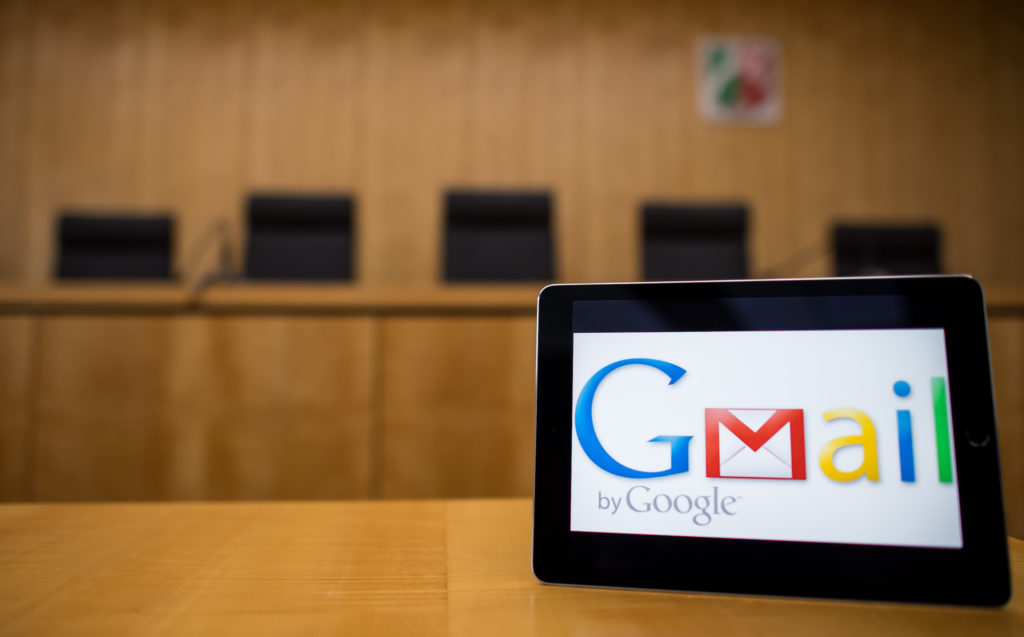 Google+, launched in 2011 as a competitor to Facebook, is being shut down after the company revealed a software bug had compromised the data of 500,000 users. Photo by Guido Kirchner/picture alliance via Getty Images.

Google+, launched in 2011 as a competitor to Facebook, is being shut down after the company revealed a software bug had compromised the data of 500,000 users.

The company wrote in a blog post that the bug had made information users believed to be private available to third parties. The statement said the company fixed the bug in March 2018 but did not announce it publicly because an analysis found the data did not identify users, nor had it been misused.

The announcement is part of Google’s Project Strobe, launched earlier this year as a way of having better information on third-party access to Google accounts and Android device and app data. [NPR]

Why it matters: Google is the latest company to deal with a major data breach and the public fallout from it.

It comes on the heels of a Wall Street Journal investigation that highlighted how easy it was for third-party apps and developers to read the content of Gmail messages, the Verge noted.

While that practice wasn’t necessarily new, The Verge writes, it did “shine a light on a previously discreet industry practice now under heavier scrutiny in the aftermath of Facebook’s Cambridge Analytica data privacy scandal.”

That scandal has caused more scrutiny from lawmakers and regulators. Earlier this year, the European Union implemented the General Data Protection Regulation (GDPR), a tough new series of data protection laws that set stiff fines for companies who fail to disclose breaches or do not do enough to protect their users. Activists called on U.S. lawmakers to take a similar approach to tech companies in the wake of the Cambridge Analytica scandal earlier this year.

5. The recent string of high-profile killings of women in Iraq

Since August, there have been five high-profile killings targeting women in Iraq. That includes former Miss Baghdad Tara Fares, who was shot and killed by two motorcyclists late last month. Two days before her death, human rights activist Suad al-Ali was shot dead in Basra.

After Fares’ death and other killings, Prime Minister Haider al-Abadi suggested there may be a “plan behind these crimes,” BBC reported. The prime minister has ordered an investigation into the killings.

It has yet to be determined whether any of these killings are connected. [Buzzfeed News]

Why it matters: Hanaa Edwar, a women’s rights activist in Baghdad, told Buzzfeed News that women have retreated from public life following these deaths.

“We have seen so many businesswomen in Basra stop their activities; young women in media have gone into hiding; women are deactivating or changing their social media profiles. Some of them have changed homes, are living low-key and under the radar. These killings are spreading fear and terrifying young women and feminists,” she said.

Journalist Naza Gora told Buzzfeed News that police haven’t been forthcoming about what they find.

“We cannot consider the killing of four or five women [a] phenomenon, because the violence in Iraq affects everyone,” she said. “But the Ministry of Interior and security agencies do not give us full information on the results of investigations.”

Left: Kathryn Mayorga’s rape allegation against Cristiano Ronaldo has raised questions about how stories from accusers are handled at this point in the #MeToo movement. Photo by Brian Snyder/Reuters