1. One of the soldiers buried at the Tomb of the Unknown soldier was identified 14 years after he was buried.

The World War I, World War II and Korean War soldiers buried at the Tomb of the Unknown Soldier are unknown. But there was enough evidence after the Vietnam War to prove that the soldier buried under the Vietnam War plaque in 1984 was actually Air Force 1st Lt. Michael Blassie. Under pressure from Vietnam vets to bury an unknown soldier who died in Vietnam, Blassie’s remains were buried at the tomb without identification. Ten years later, his family asked the government to genetically dig up the body and test the remains. The government refused. In 1994, a report about Blassie’s remains written by POW/MIA activist Ted Sampley was picked up by the media. Blassie’s remains were disinterred, tested, identified and reburied at Jefferson Barracks National Cemetery in St. Louis, Mo. Without an unknown soldier from Vietnam, his place remains empty. 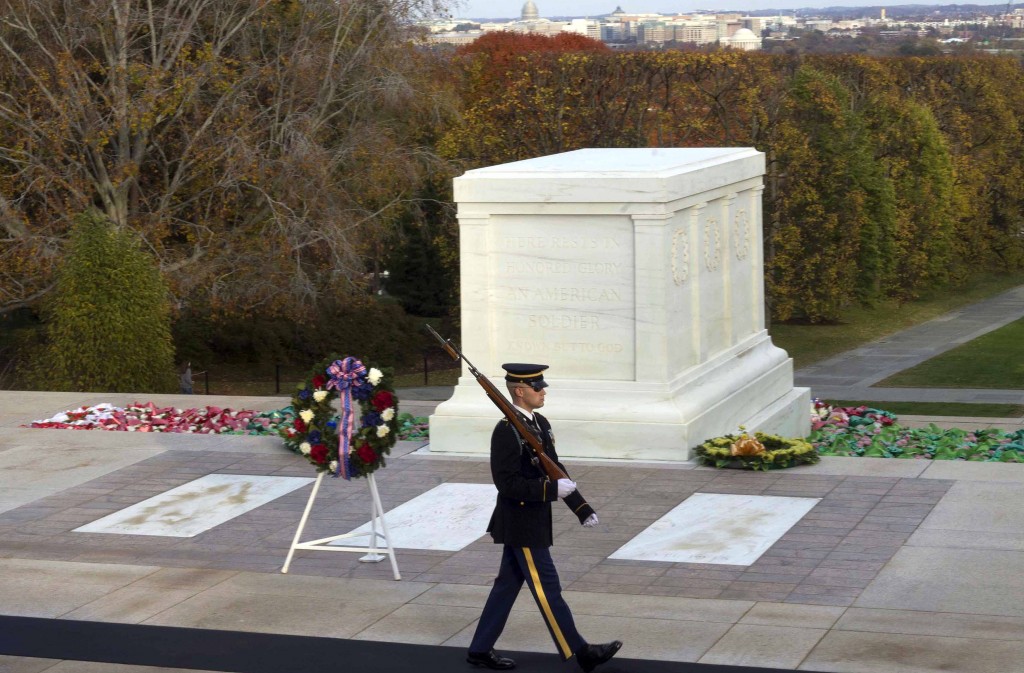 Arlington National Cemetery is built on the house grounds of Arlington House, a 19th century mansion owned by Civil War general Robert E. Lee’s wife, Mary Anna. General Lee loved this home and served as a custodian of the property. But after Virginia seceded from the union, the property was overrun by federal troops. When Mary Anna couldn’t pay a $92.70 property tax in person, the federal government snatched it, selling it to a tax commissioner for government use. To make the house completely uninhabitable in case the Lee family ever returned, Brig. Gen. Montgomery C. Meigs turned the property into a military cemetery for Union soldiers and a community for freed slaves. The Lee family never returned to their beloved home but 18 years later, their oldest son Custis sued for the property and the Supreme Court handed it back to him stating it had been taken without due process. The federal government eventually bought the land back from Custis in 1883 for $150,000.

3. The cemetery’s community of freed slaves was forcibly disbanded to make room for more burial plots.

In 1863, Freedman’s Village was established on the Lee family estate to assist former slaves transitioning to freedom. With housing, schools and healthcare, the community was especially appealing for abolitionists who previously associated the property with Confederate General Lee. It became a home for several thousand former slaves who worked there as laborers for 10 dollars a month. Half of their salary went to maintaining the village. In addition to this general fund, residents were later asked to pay one to three dollars a month for rent. This fee, in addition to strict living policies, was considered burdensome and tensions between the federal government and the village cropped up as early as 1868. Residents formed their own government and advocated for compensation for work they had done to the property. They pushed back even after the community was evicted in 1900 to make room for burial plots. Residents eventually received $75,000 after a land appraisal. 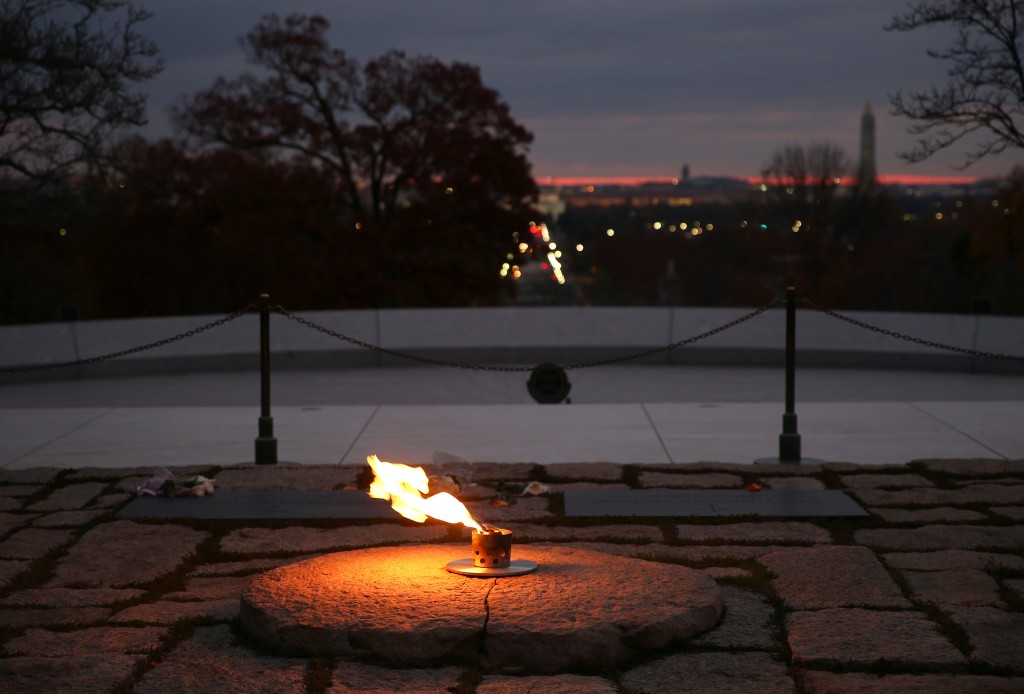 4. The cemetery didn’t gain a national reputation until after the burial of President John F. Kennedy.

After his assassination in 1963, President Kennedy’s body was expected to be buried in at the Kennedy family plot near Brookline, Mass. But after First Lady Jacqueline Kennedy stated her husband belonged to the people, a burial plot in Arlington Cemetery just below General Lee’s old mansion was prepared. Nine days after President Kennedy’s funeral (which was based on President Abraham Lincoln’s), two of the couple’s children were reburied next to his grave — Patrick Bouvier Kennedy, the Kennedy’s premature son who died 15 weeks before the assassination, and the couple’s stillborn daughter Arabella.

The Kennedy burials sparked a rapid increase in burial requests. Previously, burials on the government’s dime were granted for all honorably discharged U.S. veterans. After requests ramped up, eligibility was first limited in 1967 and again in 1977.

Jacqueline Kennedy Onassis joined her husband at the Kennedy gravesite in the national cemetery upon her death in 1994. When the couple’s son John F. Kennedy Jr. was killed in a plane crash in 1999, his body was cremated and his ashes remitted with his wife’s off the coast of Martha’s Vineyard.

5. The cemetery tried to limit coverage of military funerals even after families of the fallen gave permission.

Reporters have traditionally been allowed access to military funerals to witness prayers, eulogies and other funeral rituals that accompany service members. According to the Washington Post, “the coverage of the ceremonies — in the nearly two-thirds of cases where families permitted it — provided moving reminders to a distracted nation that there was a war going on.” But in 2005, media access “eroded” without explanation.

In 2008, the cemetery’s then-public affairs director Gina Gray pushed back on the cemetery’s limits on media coverage of Iraq War vet funerals. She was later terminated 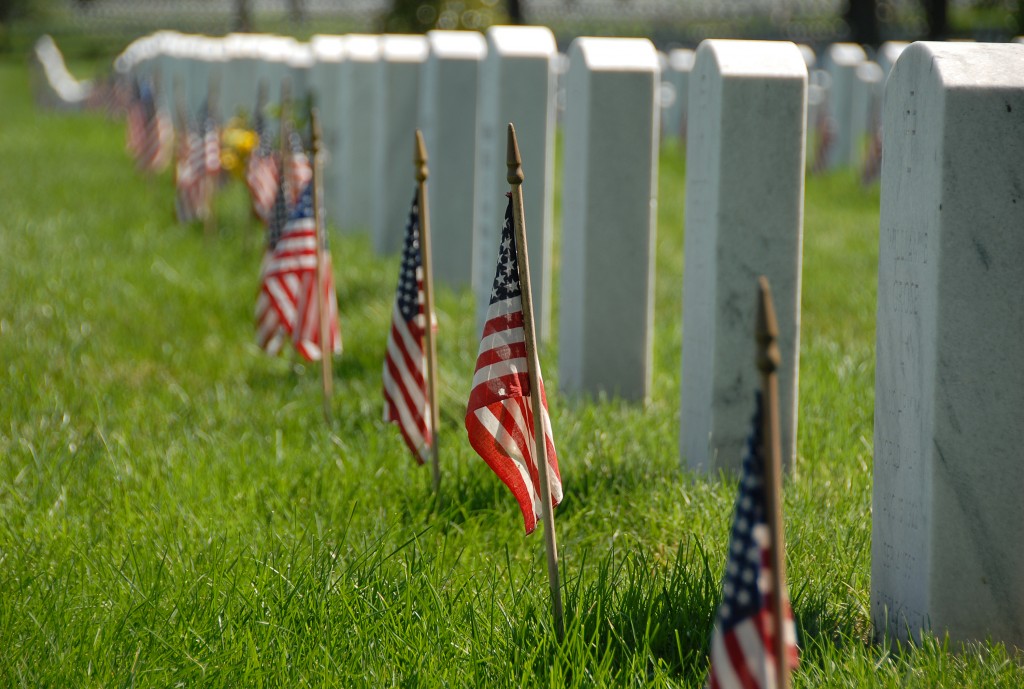 6. An internal report led to a series of recent mismanagement controversies.

Gray’s accusations led to a 2010 Army report that found that cemetery officials threw away keepsakes left at tombs, mismatched headstones on the wrong burial sites, buried coffins in shallow graves and stacked bodies on top of each other. The controversies were attributed to an out-of-date grave tracking system that operated on paper and a shorthanded staff. Additionally, in 2011, army auditors discovered the cemetery had $27 million in unspent funds and $12 million of this amount was unaccounted for. The day after a Senate hearing on the matter, cemetery officials disputed the claim.

By 2012, a report verifying that 96 percent of the cemetery’s 400,000 grave markers was attributed to new leadership. Now, the lower level of the Memorial Amphitheater houses some of the keepsakes left at Section 60, a section that was highlighted for neglect.

7. It’s running out of room and plans to expand are controversial with environmentalists.

Arlington Cemetery oversees 30 burials a day on average. In 2014, Col. Tori Bruzesi, an engineer at the cemetery, told WJLA the land will be out of in-ground burial space by 2025. In an effort to create more burial sites, the cemetery along with the Army Corps of Engineers designed the Millennium Project, an $84 million expansion which will add 30,000 graves on a 27-acre space. Residents protested last year after plans showed that the expansion would demolish 900 trees, some of which are over a hundred years old.

The cemetery revised the plan and will now demolish 822 trees and plant 600 others. The plan will spare the oldest trees in the Arlington Woods, which date back more than two centuries. According to a report from the Army Corps of Engineers, this area was preserved even during the Civil War, when most of the surrounding forest was demolished for supplies.

8. It’s no surprise the cemetery is huge. But how huge?

Arlington Cemetery spans 624 acres, which is roughly the size of 472 football fields. The number of people buried there (400,000) is roughly the same size as the population of Minneapolis.