8 things you didn’t know about bananas

One of America’s favorite snacks is facing a crisis.

The Cavendish banana, consumed more frequently than apples and oranges by Americans, is being threatened by the virulent fungal Panama Disease, also known as Tropical Race 4, which is making its way to South America where more than 80 percent of the world’s bananas are grown.

And with no known way to stop the disease — or even contain it — scientists say that over time, this type of banana may be eliminated from commercial production.

Not to fear. Scientists in Honduras are working to create a resistant banana before the disease hits Latin America, where the majority of bananas are grown.

You can watch our full report on that effort here.

There will be more bananas. But with the future of the banana industry in flux, here are eight things you didn’t know about them.

1. Bananas aren’t really a fruit. Well, they are and they aren’t.

Bananas are both a fruit and not a fruit. While the banana plant is colloquially called a banana tree, it’s actually an herb distantly related to ginger, since the plant has a succulent tree stem, instead of a wood one.

The yellow thing you peel and eat is, in fact, a fruit because it contains the seeds of the plant. Although since bananas have been commercially grown, the plants are sterile, and the seeds have gradually been reduced to little specs.

And to clarify more banana terminology: bananas grow in what are known as “hands,” so-called because of their appearance, which make up the larger stalk, known as a “bunch.”

2. There are way more varieties than you probably think. 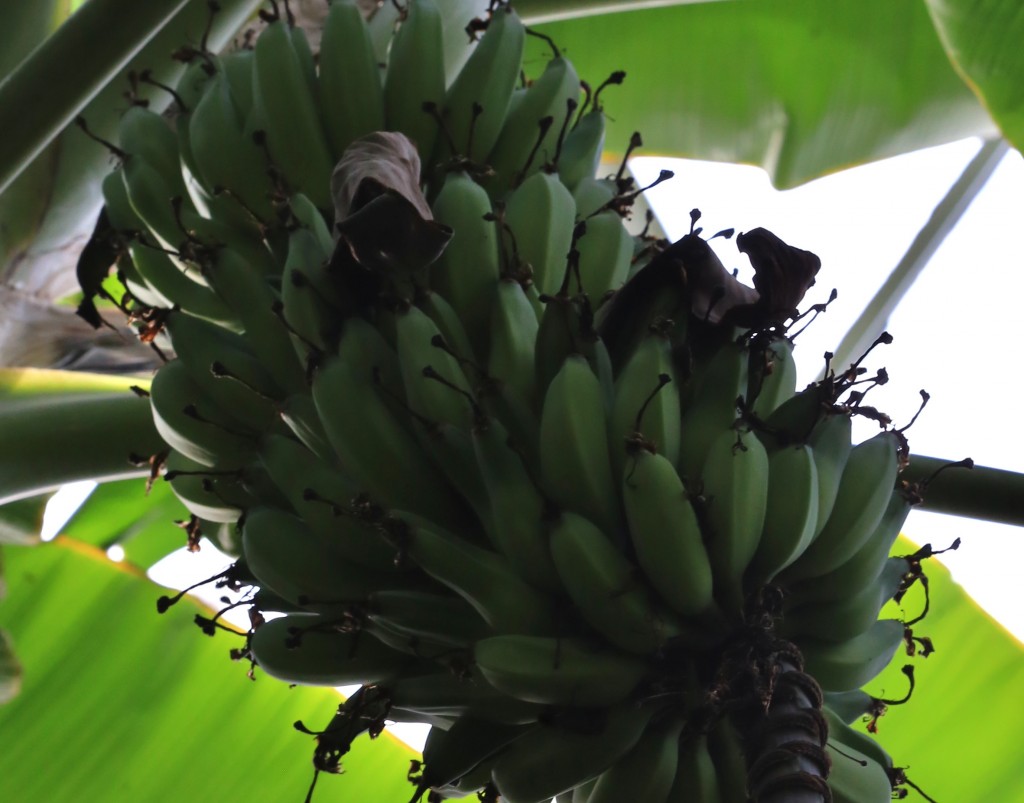 What do Mona Lisa, Ice Cream and Goldfinger all have in common? They’re all varieties of bananas.

Grown in more than 150 countries, it is widely believed there are more than 1,000 types of bananas in the world, which are subdivided into 50 groups. The most common is the Cavendish, the one most frequently produced for export markets.

There’s also the Blue Java, aka the Ice Cream banana, so named for its blue skin and creamy, ice cream-like texture; the Macabu, which is black when fully ripe with a sweet pulp; the Niño, which is a mild and finger-sized, and the Burro banana, which has squared sides and a lemon flavor when ripe.

3. Banana peels can help fix a splinter or a skipping DVD. 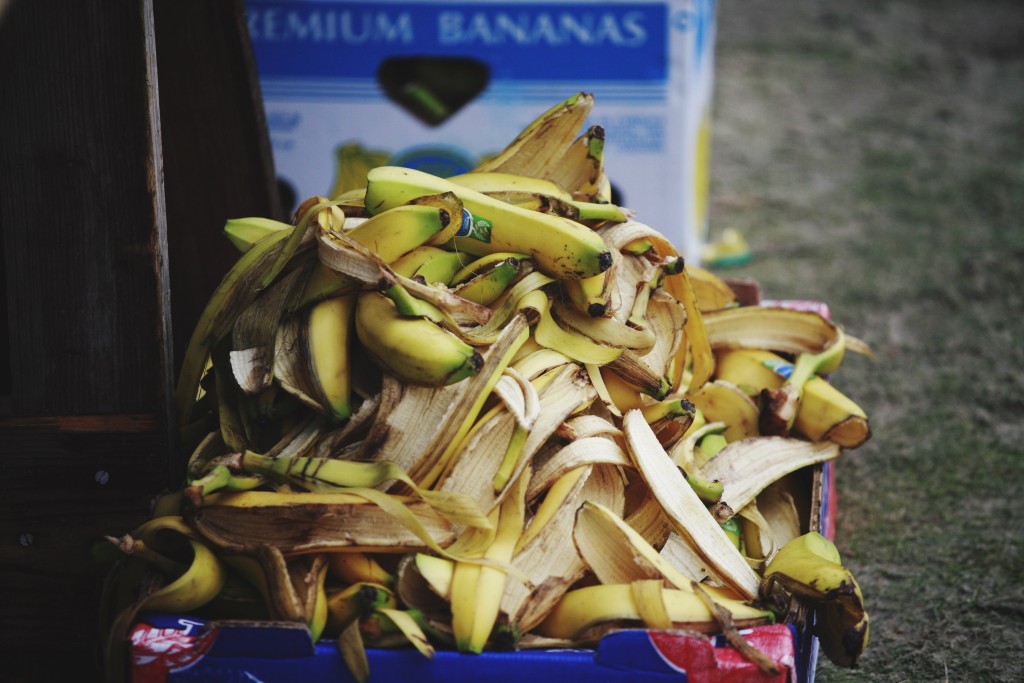 A banana’s wholesomeness often pertains to it’s nutritional value (or lack thereof), but less attention is given to its peel, which, thanks to a blend of acids, oils and enzymes, has some powerful off-label uses.

For instance, you can put one on a splinter to help loosen the foreign fragments in the skin and heal the wound. And, to stop a scratched DVD or CD from skipping, rubbing a banana peel can fill the scratches without damaging the plastic finish.

You can rub a banana peel on your skin to remove ink stains or soothe insect bites. You can also polish shoes, dust plants and even whiten your teeth with the peel.

Banana peels have also been used for water purification, ethanol production and as a fertilizer — and they’re often part of feedstock for cattle, goats, pigs and poultry.

So go forth and use the banana peel for just about anything. Just make sure you don’t slip on it.

4. There was once an official international club where banana lovers could unite.

The now-defunct International Banana Club and Museum, not to be confused with the very much in business International Banana Museum in Mecca, California, boasts 17,000 banana-themed artifacts and is listed in Guinness World Records as the “largest collection devoted to any one fruit.” Some highlights include banana lamps, banana bowls, banana jewelry and a decades-old petrified banana that hangs in a frame on the wall.

Since 1972, 38,000 people in 27 countries became dues-paying members by coughing up $15 with the option to choose their own banana-themed nickname. Famous Banana Club-ers include Jay Leno and former U.S. President Ronald Reagan.

The museum was sold in 2010 and the new ownership is no longer associated with the Banana Club.

Still, just minutes away is the International Banana Museum, which owners say has “so many banana-themed items that [guests] find it hard to absorb it all!!!”

5. The banana hasn’t always been profitable.

Employees of the “Mateo” banana plantation on a normal workday in Chobo, Ecuador, 400 km southwest of Quito, on January 13, 2016. Photo by Rodrigo Buendia/Getty Images

While the beloved banana has long been popular, it hasn’t always been good business.

Eli M. Black was the former chairman of United Fruit, which at one time imported about a third of all bananas sold in the U.S. and owned the Chiquita banana brand. After taking helm of the company in the early 1970s, Black discovered the banana carried much less capital than he once believed and the company soon became crippled with debt.

Then came Hurricane Fifi, which destroyed many of the company’s banana plantations in Honduras, and Black eventually sold the company, seemingly putting an end to all of his banana strife.

But one a year later, the Securities and Exchange Commission uncovered a $2.5-million bribe that Black offered to Honduran President Oswaldo López Arellano to get reduced taxes on banana exports. Shortly before the scandal broke, Black committed suicide by jumping out the window of his Manhattan office on the 44th floor.

6. Before the Cavendish, there was Big Mike. 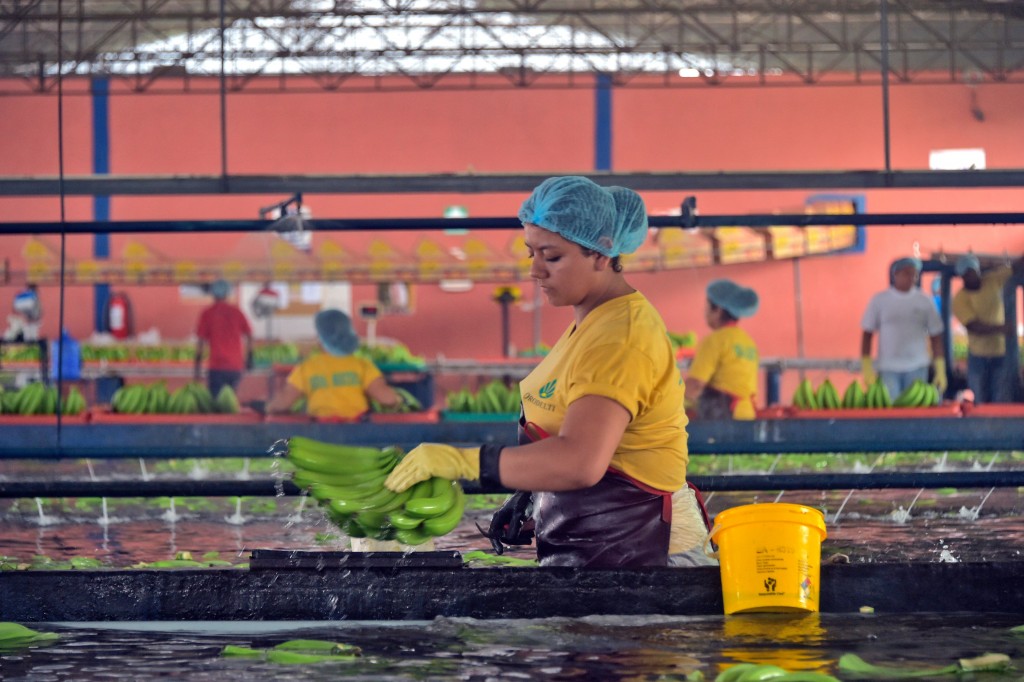 Employees of the “Mateo” banana plantation on a normal workday in Chobo, Ecuador, 400 km southwest of Quito, on January 13, 2016. Photo by Rodrigo Buendia/Getty Images

Long before the Cavendish banana became the popular grocery store item Americans know and love, a different type of banana was considered the standard.

The Gros Michel, often known as Big Mike, was the first type of banana to be cultivated on a large scale and started appearing in North American and European cities in the late 1800s. (It’s rise was all thanks to naturalist Nicolas Baudin, who some might call a French Johnny Appleseed, who deposited the plant stems on islands in the Caribbean.)

But soon after, the virulent Panama disease descended upon plantations and devastated the crop, disrupting the international supply by the 1940s. And by the 1960s, most commercial operations in the Americas and Caribbean had halted production of Gros Michel.

If you’d like to try the Gros Michel — which has a sweeter taste and creamier consistency than the Cavendish — you can still find it in parts of Southeast Asia, Africa and islands in the Pacific.

7. Was the forbidden fruit really a banana? 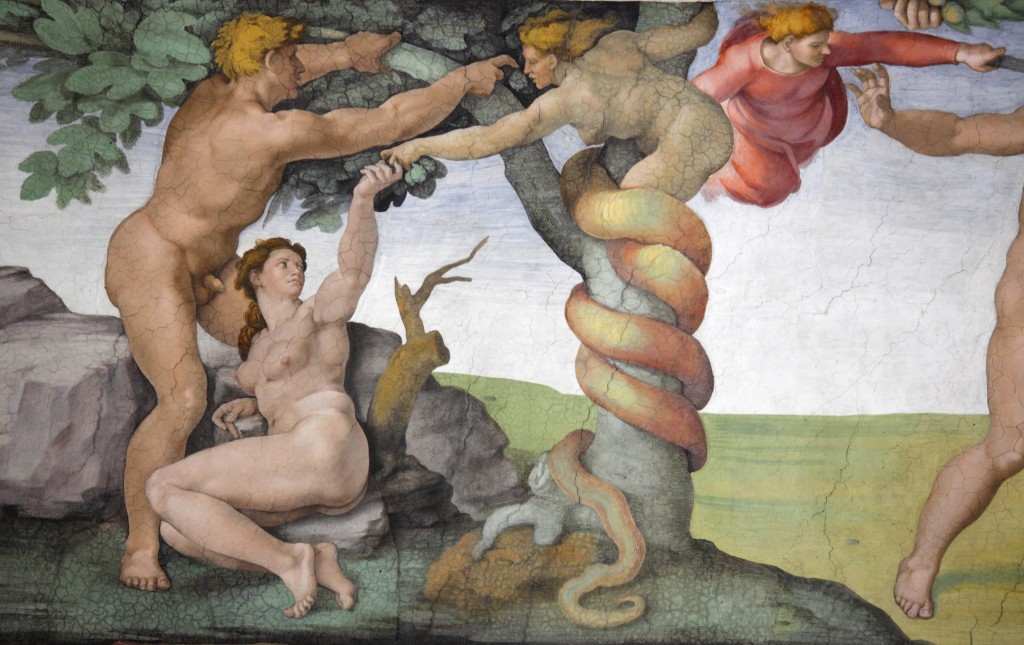 Many believe the Forbidden Fruit consumed by Adam and Eve in the Garden of Eden was an apple. Others think it may have been a fig or a pomegranate. And then there’s the speculation that the fruit may have been a banana.

Carl Linnaeus, an 18th century Swedish botanist who was the first person to successfully grow a fully flowered banana tree in the Netherlands, theorized that bananas grow at the right height for someone to longingly reach out and grab it. Also backing up his argument? Banana leaves, larger than fig leaves, might work better to cover nakedness.

Linnaeus took his penchant for bananas further by speculating other uses for the versatile banana. For example, the botanist recommended boiling bananas with sugar to cure anger, mashing bananas with honey to soothe eye inflammation and crushing banana root soaked in milk to alleviate dizziness.

8. Nutritionists debate the health value of the banana. 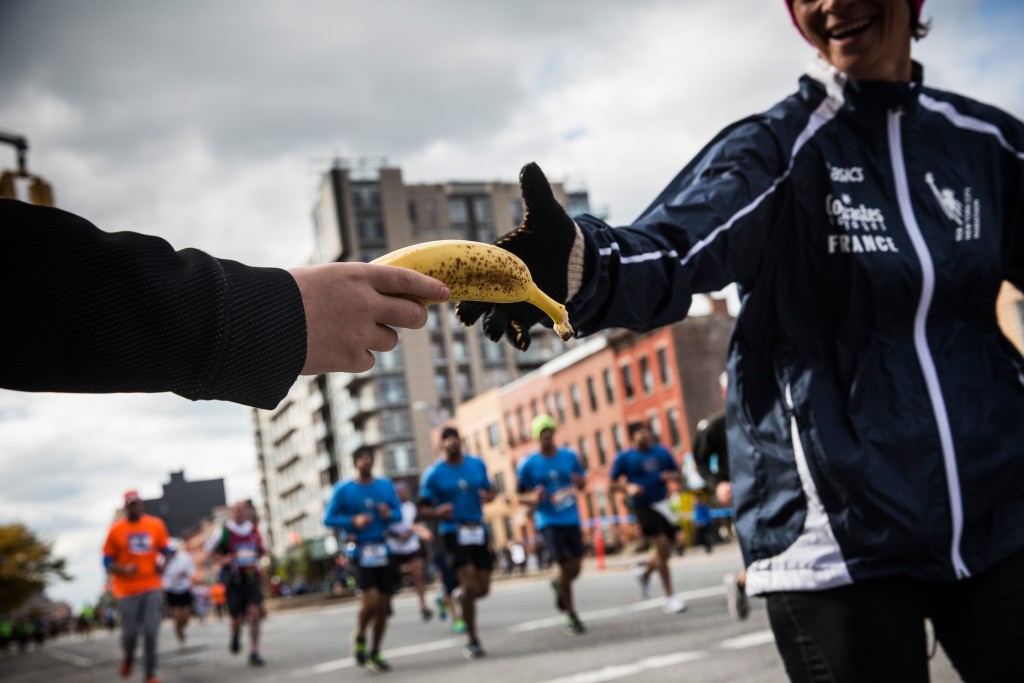 A volunteer hands out bananas to runners participating in the TCS New York City Marathon on November 2, 2014. Photo by Andrew Burton/Getty Images

Despite their popularity, there is debate among nutritionists about the actual health value of the banana.

While it’s true bananas are generally low in calories (one medium banana has about 100), and they have little to no fat, sodium or cholesterol and are a good source of vitamin C, potassium, fiber and vitamin B6, they also contain about 27 grams of carbohydrates and 14 grams of sugar.

Many nutritionists argue the problem with carbs is that they turn to sugar once they reach the blood stream, spiking your blood sugar levels, leaving you vulnerable to cravings and eventual weight gain, which is why some nutritionists would recommend snacking on other fruits.

Still, medical research (which is oft disproved; see: coffee) has shown that eating bananas may lower the risk of heart attacks and strokes, as well as decrease the risk of getting some cancers.

Also, in face of a common belief, bananas are relatively low in potassium compared to other foods, such as beans, milk, apricots, carrots, bell peppers and sweet potatoes.

Left: A shopper selects a bunch of bananas from a display at the Tesco Basildon Pitsea Extra supermarket in Basildon, U.K. Photo by Chris Ratcliffe/Bloomberg via Getty Images