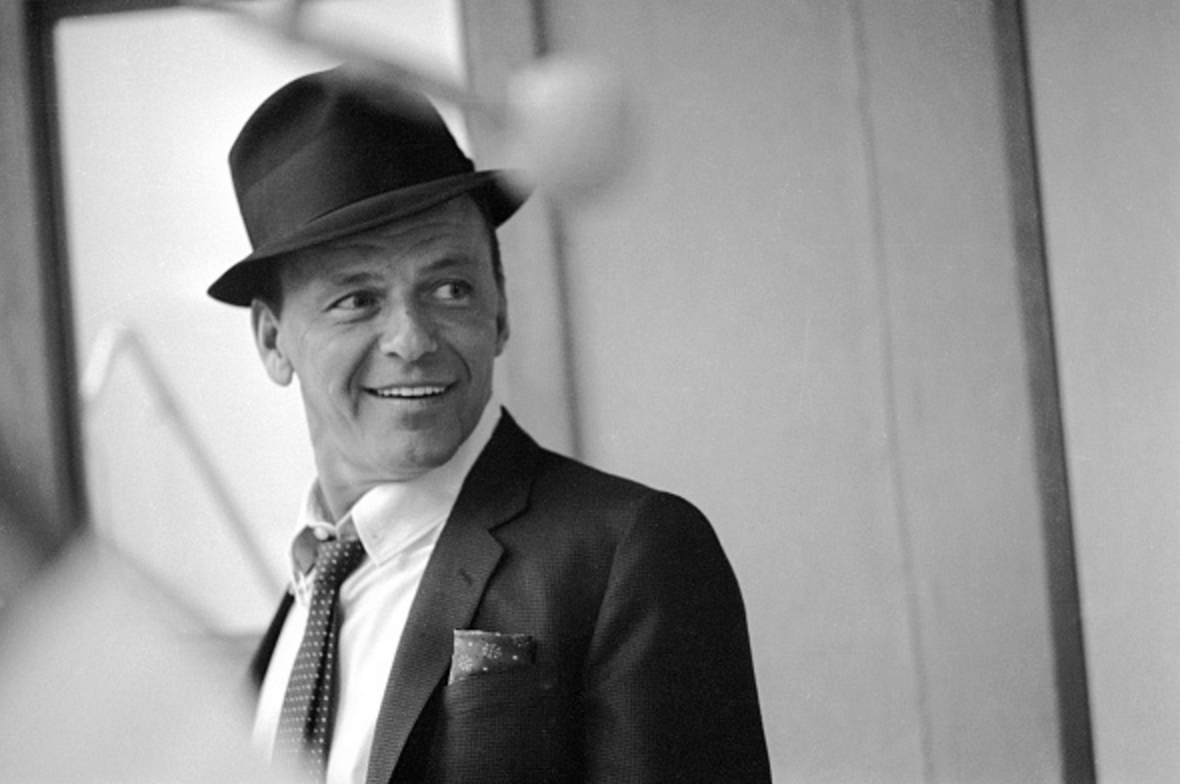 Even though the legendary crooner never formally learned to read music, Sinatra’s career spanning half a century earned him nicknames such as, “The Voice” and “The Sultan of Swoon,” as he left an indelible mark on American music.

Though highly celebrated, his life was burdened by periods of darkness, including rocky romances, potential ties to the mob, depression and even a secret FBI file.

1. He was given up for dead at birth.
Sinatra had a traumatic welcome into the world. Born on Dec. 12, 1915, in the kitchen of his parent’s Hoboken, New Jersey, apartment, the 13-pound baby had to be delivered with forceps and was thought to be stillborn. Blue and not breathing, the doctor laid him on the counter while he attended to Sinatra’s mother.

It was only when his grandmother picked up the newborn, ran him under cold water and slapped his back that Sinatra started breathing.

And another mishap was right around the corner: He was supposed to be called Martin after his father, but the priest who conducted his baptism accidentally named him after his godfather, Frank Garrick. Sinatra’s mother chose to stick with the name. 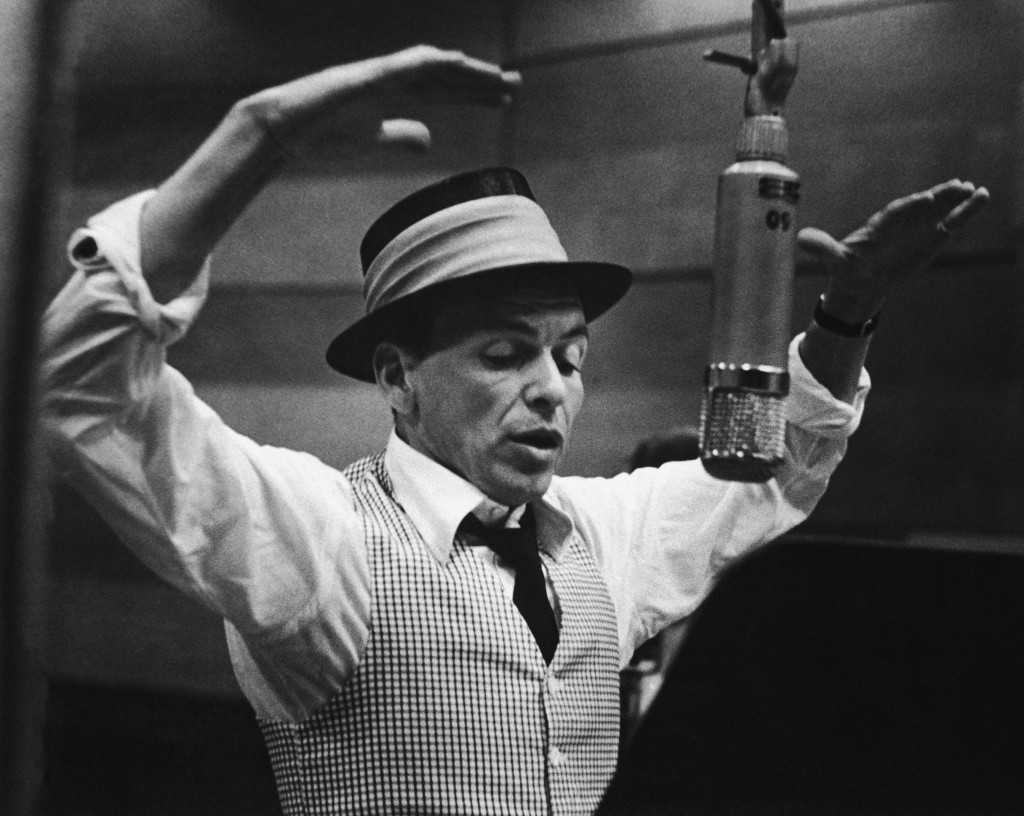 Sinatra gestures with his hands while singing into a microphone during a recording session in a studio at Capitol Records in the early 1950s. Photo by Murray Garrett/Getty Images.

2. His nickname as a teen was Scarface.
The forceps used during Sinatra’s birth caused severe scarring to his left cheek, neck and ear that ran from the corner of his mouth to his jawline, which was exacerbated by cystic acne as an adolescent, thus earning him the nickname “Scarface.” As an adult, Sinatra wore makeup to hide the scars, but he still reportedly hated being photographed on his left side.

His physical insecurities didn’t end there. At 5’7, he also wore elevated shoes to appear taller.

3. His first fangirls were paid to scream.
By the 1940s, Frankie, as he was known then, became one of America’s first teen idols. But his publicist George Evans didn’t leave anything up to chance. He auditioned girls to find those who could sing the loudest and paid them $5 each to sit at strategic locations in the audience to whip up excitement.

It likely wasn’t necessary, though. In the early 1940s, his skyrocketing popularity ushered in what was known as “Sinatramania,” with tens of thousands of riotous fans greeting him after performances. 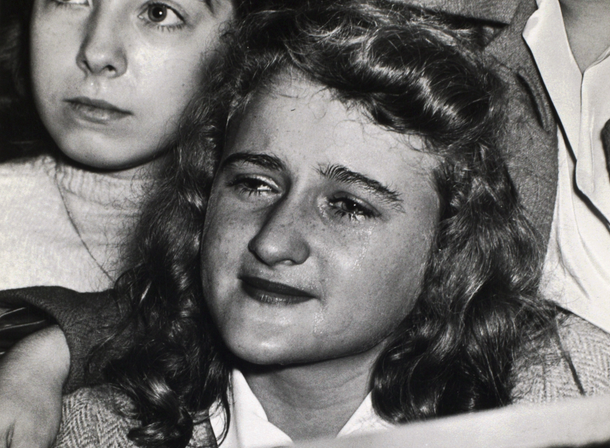 4. He loved New York.
Born just across the Hudson River in Hoboken, N.J., Sinatra’s songbook is a trove of tender odes to the Big Apple. Ditties including “The Brooklyn Bridge,” “Autumn in New York” and “The Lady Is a Tramp” are just a few that used the city as a backdrop.

And the city loved him back. One of Sinatra’s most famous hits, “New York, New York,” was adopted as the city’s unofficial anthem and is often heard at New York-area events like weddings, bar mitzvahs and sporting events. In fact, for the past 35 years, the Yankees pipe the song over the loudspeakers after the final out of every game at Yankee Stadium.

You can even take a self-guided Frank Sinatra walking tour, which makes stops in Hoboken and Manhattan at his childhood home, his favorite haunts including Tutty’s Bar and Jilly’s Saloon, and places where he spent time recording, including Brunswick Studio, CBS Radio Studios and Columbia Records Studio. 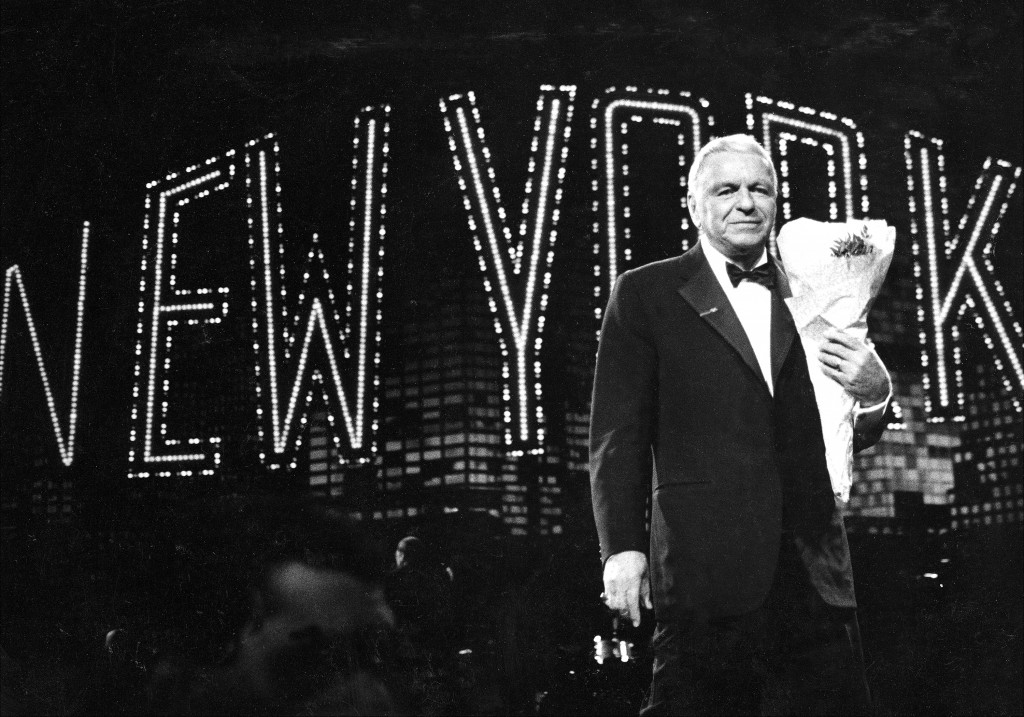 5. He had a signature drink.
“This is a gentleman’s drink,” Sinatra once said referring to his preferred sprit of Jack Daniel’s whiskey. His signature cocktail was a mix of four ice cubes, two fingers of Jack Daniel’s and a splash of water.

And he would never touch the rim of a glass but rather cupped it in his hand with a cocktail napkin. 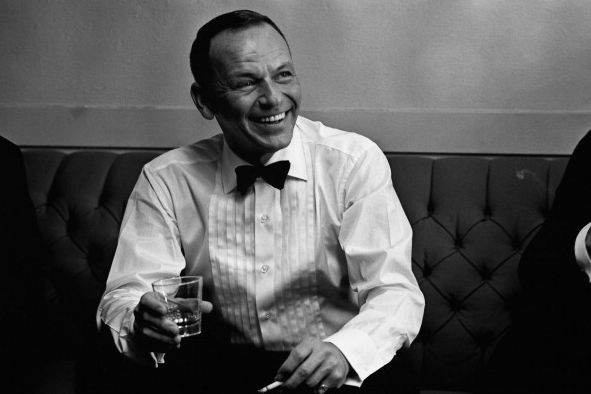 Sinatra holds a drink before a performance at the Sands Hotel & Casino in Las Vegas in 1965. Photo By John Dominis/Time Life Pictures.

6. He originated the celebrity squad.
Long before Taylor Swift made waves by pulling on stage her supermodel best friends, there was Sinatra and his gregarious group of guy friends, known by outsiders as the Rat Pack. 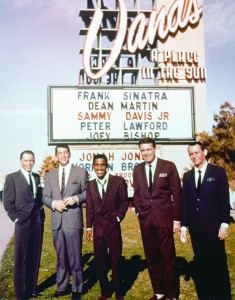 Entertainers and members of the Rat Pack, Frank Sinatra, Dean Martin, Sammy Davis, Jr., Peter Lawford and Joey Bishop, pose for a portrait outside The Sands Hotel and casino in circa 1962 in Las Vegas, Nevada. Photo by Michael Ochs Archives/Getty Images.

After his professional career had stalled by the early 1950s, Sinatra turned to Las Vegas where he became one of the scene’s prominent pioneer performers and the eventual leader of the Rat Pack, after the death of its original leader Humphrey Bogart. The group, rounded out by members Dean Martin, Sammy Davis Jr., Peter Lawford and Joey Bishop, ruled the Las Vegas scene and performed on stage and in films of the early 1960s, including Ocean’s 11, Sergeants 3 and Robin and the 7 Hoods.

The Rat Pack, which was the name only used by the media, was coined by actress Lauren Bacall, and Sinatra reportedly always hated it. Instead, they initially referred to themselves as “the Clan” or “the Summit.” The group was formed at a time when “20th-century ideals of manhood hadn’t yet been subverted by the androgynous aesthetic of rock and roll,” according to author James Kaplan.

7. He attempted suicide several times.
By the early 1950s, Sinatra’s star had fallen hard. Feeling washed up, he reportedly put his head on the stove in his New York City apartment and turned on the gas. His manager later found him lying on the floor, sobbing.

Later on, his rocky relationship with actress Ava Gardner apparently upset him so much that he made three suicide attempts while he was still with her, including on one occasion when he walked into their bedroom holding a gun to his head. A scuffle ensued where Gardner struggled to take the weapon from him, firing the gun, but the bullet missed them both. 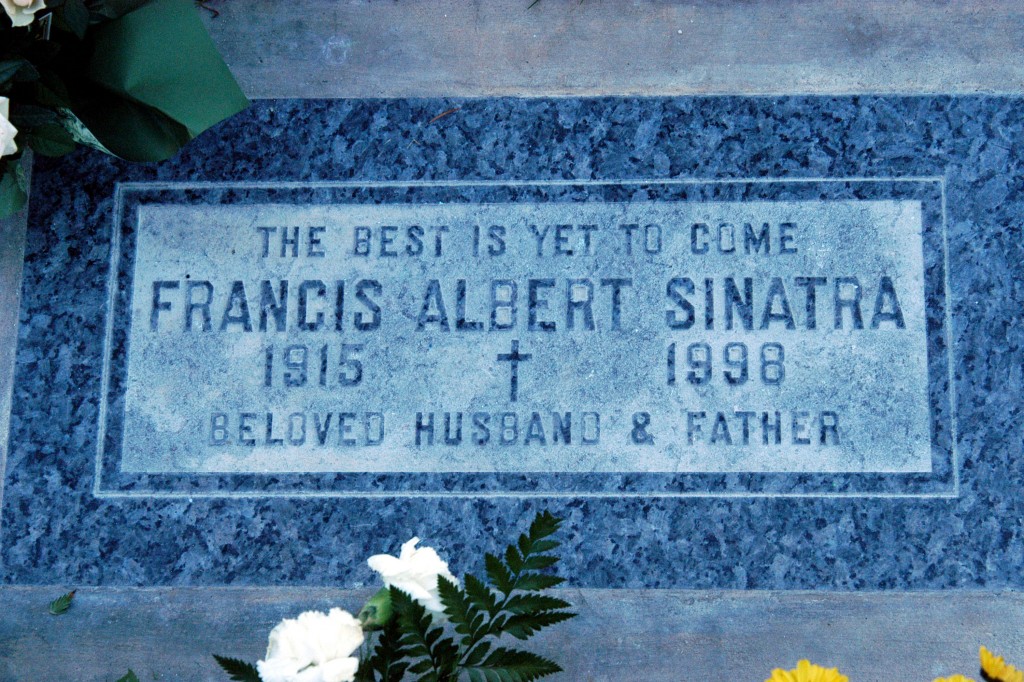 8. His last words were ‘I’m losing.’
After suffering a severe heart attack, Sinatra died at age 82 on May 14, 1998 by his wife’s side at a hospital in Los Angeles. He lived his final years in poor health, afflicted by heart and breathing problems, high blood pressure, pneumonia, bladder cancer and dementia. His last words to his wife reportedly were, “I’m losing.”

The night after his death, in New York, the Empire State Building glowed blue in tribute, and in Las Vegas, the lights on the Strip were dimmed and casinos stopped spinning for a minute in his honor.

His funeral on May 20 in Beverly Hills was attended by 400 mourners including notable entertainers Gregory Peck and Tony Bennet, and thousands of fans waited outside the church.

At his burial, friends and family placed several mementos in his casket, including cherry-flavored Life Savors, Tootsie Rolls, stuffed toys, a dog biscuit, a bottle of Jack Daniel’s and a pack of Camel cigarettes and a Zippo lighter.

On his tombstone, “The Best is Yet to Come,” was engraved, which coincidentally was the last song he sang in public at age 79.