A Closer Look at the Influence of Religion in America

When I wrote my 2006 book “The Holy Vote” I thought I was writing about the end of something, not the beginning. It looked like openly religious politics, the voter appeals intertwined with religion, and the alliance of one of the two main political parties in the United States with one particular religion had passed its high water mark. 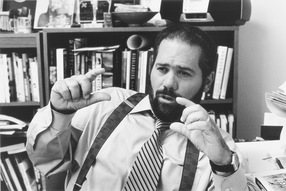 I was right about that, but didn’t anticipate the strange ways religion would continue to put its imprint on our shared political life. Here we are, the better part of two years into the Obama administration, and curious questioners at a small group meeting are asking the president why he is a Christian. You never heard Lyndon Johnson talking about it, not Richard Nixon, or Gerald Ford. But there the president stood, in shirtsleeves in an Albuquerque backyard, talking about his adult decision to become a Christian and riffing on the life and teachings of Jesus of Nazareth, explaining that “the precepts of Jesus Christ spoke to me in terms of the kind of life that I would want to lead – being my brother and sister’s keeper.”

The president’s faith narrative notwithstanding, large numbers of Americans are still telling public opinion researchers that they think the president is a Muslim. The questions about the president’s religious convictions come as the country gropes for some common wisdom about today’s religious diversity.

The Muslim center in Lower Manhattan continues to spark controversy and outrage. Mosque construction in many other places around the country attracts debate, protests, and the kind of crowds you don’t normally see at sleepy board-of-zoning-appeals meetings. Even when no Qurans burned at the hands of Pastor Terry Jones and his tiny church in Gainesville, Fla., people died in Muslim countries when protests against the prospect of the burning turn violent.

This week PBS airs a six-hour documentary on religion in history and religion in American life. “God in America” takes the viewer to some pretty well-known territory in American history … and plenty of places across the six hours most viewers haven’t been before. From the very beginning, “God in America” stakes its claim, that you cannot tell the history of America without telling religious history.

The series reminds us all that along with telling the story of established, historic faiths finding new life on the North American continent, the United States has also been a place of riotous invention, continued revelation, and the kind of innovation that comes with liberty. America gathered religions from around the world, was changed by them, and proceeded to change them. Catholicism and Judaism are offered as exhibits one and two: ancient faiths allowed to flourish in a religiously diverse democracy. It was an experience new to both groups, and both have experienced difficulty in their years in America, along with new freedoms and the development of modern American expressions of what it means to be a Jew and Catholic.

Will the same happen to Islam in America? Today, an estimated 1 percent of Americans are Muslims. They come from scores of countries, from all races, from poor farms and rich cities. The Muslim chaplain from Georgetown University, Imam Yahya Hendi, has told me there already is an American Islam, different from that existing in Muslim majority countries on other continents.

The imam went further, saying the current negative focus on Muslims in the United States could be an opportunity. He wants his fellow Americans to know more about Islam, and says he believes that when they do, the fear and hostility will subside.
As an economist might say, there are negative externalities. Understanding and knowledge on the part of most Americans would not change the plans of shadowy cells across the world plotting violence. More American knowledge about the history of Islam would not change the regimes that oppress millions, and run their countries in ways that keep them poor and desperate.

The Pew Forum on Religion and Public Life worked with the producers of “God in America” to give thousands of people a quiz on religious knowledge and religious history. Maybe you’ve read about it in the papers. We didn’t do so hot. The average respondent got roughly 50 percent right and of 3,400 test-takers a measly eight got all the answers right.

At a day-long symposium in Washington last month organized by “God in America,” I moderated panels on religious knowledge, media culture, and educating for religious literacy. My panelists, drawn from a variety of professions, agreed that knowledge beats ignorance, and that tolerance beats conflict. If watching the six hours of the series reminds you of anything, it’s this: America has been the home of religious freedom and a degree of religious tolerance hard to find in other places around the world. We developed that knack for tolerance after we tried a lot of other things first.

I hope you’ll tune in: It contains plenty you already know, and plenty you never learned in school.

Updated: Ray will have a story on the NewsHour Tuesday night about “God in America.” On Monday’s program, Paul Solman will explore the religious diversity of the U.S. in a conversation with Robert Putnam, the co-author of a new book on religion in America.