A new generation of voices takes back Black History Month

When Justin Giuliano posted a series of tweets about Bayard Rustin on Feb. 1, he only wanted to share information about one influential black figure often forgotten about in American history. “I thought, ‘I’ll just make a hashtag, #BlackHistoryYouDidntLearnInSchool, because he’s been erased from history and I never learned about him in school,’” the senior at Bethel University in St. Paul, Minnesota, told the NewsHour.

He didn’t expect his efforts to be met with such enthusiasm.

His posts spurred hundreds of responses. People thanked him for spreading the word about the gay organizer of the 1963 March on Washington, and others began posting about other oft-forgotten pieces of black history.

So instead of stopping there, Giuliano, 21, decided to continue posting about other events and individuals he felt were forgotten in American history curriculum. Every day since, he’s picked a different topic to tweet about — from Ruby Bridges, the first African-American to attend an all-white school in New Orleans, to the Tulsa race riot of 1921 — and has compiled the tweets on his Tumblr blog.

“Black history is usually reserved for a few historical figures, and even then they are pacified or white-washed,” he said. “I really wanted to change the conversation around black history this year.”

Giuliano sees the celebration of Black History Month in American schools as lacking. Many important figures and events he highlights with his hashtag are never mentioned in U.S. classrooms during February, even though the month is supposed to highlight the achievements and history of the black community. 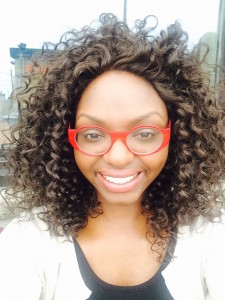 Arielle Newton wrote on her website Blackmillennials.com about looking toward the future to “inspire this new wake of Black liberation.”

He said a lot of his black friends were sick of learning about the same people in black history every year in high school. “A lot of people see their heroes or heroines left out of history,” he said.

Guiliano does not think this is a simple oversight.

“I think often it’s a way to control people by controlling our history or controlling what we learn,” he said. “But also a lot of black history is about oppression and so people don’t like to own up to the fact.”

The hashtag and the conversation it brought about on social media seem to reflect a desire among a younger generation to have a more nuanced approach to Black History Month.

Arielle Newton, the editor-in-chief and founder of BlackMillennials.com, takes issue with what she sees as an inadequate presentation of black history during February. “White supremacy picks and chooses what parts of history we are given,” she said. “So we remain subjugated and marginalized and docile.”

Earlier this month, Newton, 23, wrote an opinion piece for her website titled, ”Why I’m Over Black ‘History’ Month.” In it, she laid out the reasons she is dissatisfied with the current state of Black History Month. She wrote that the celebration is streamlined, black women and those with queer identities are often forgotten, and there is little focus on the present or future.

“We do need to talk about better ways to celebrate Black History Month, how we can discover or relearn people that were overlooked before.” — Alisha Acquaye
“In its current state, Black History Month is sanitized, it’s diluted, it’s basically decoration that no one really cares much about because there’s no special finesse or emphasis on how history is analyzed,” she said. “We’re not really fleshing out what it means to be black in America.”

Newton said she welcomes discussions like the ones started from Guiliano’s hashtag, because too many important historical figures are left out of the public consciousness because they’re black, queer or a woman. “[They don’t] fit into the heteronormative, patriarchal narrative that is America.”

Newton echoes Guiliano’s sentiment that because she didn’t grow up learning about her own black heritage — people who played a role in history that looked like her — she has trouble forming an identity. “Because we don’t have that synthesis on black history, I can’t tell you who I am,” she said. “I can’t tell anyone anything about my heritage. And that’s really debilitating in a lot of ways.” 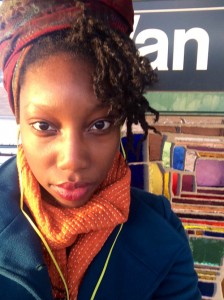 Alisha Acquaye wrote, “We should incorporate black history, and the history of other races and cultures, into the educational curriculum and social conversation year-round.”

Alisha Acquaye, a writer and recent college graduate who detailed her relationship with Black History Month in a column on XOJane, said she thinks the brutal truths of oppression are often forgotten in American classrooms in favor of a more palatable version of the story.

“Our history is definitely written in a way where a certain image, a certain perspective, a certain kind of pride is being molded,” she said. “Sometimes our eyes are blinded by positivity and we’re not seeing things for how they really are.”

The ‘Crisis’ in American History

When Carter G. Woodson, an African-American historian, author, and journalist, began the tradition of celebrating black history in 1926, it was only a week long.

“Negro History Week” was a way of expanding the celebration of the birthdays of two individuals — Abraham Lincoln and Frederick Douglass — into the commemoration of many other individuals and aspects of African-American history in the United States. The U.S. government first recognized Black History Month in 1976.

Dr. Daryl Michael Scott, professor of history at Howard University and president of the Association for the Study of African American Life and History, which Woodson founded, said that it was not Woodson’s intention for African-American history to be relegated only to a certain amount of time.

The father of Black History Month, Carter G. Woodson, is honored in a mural in Washington, D.C. Photo by Wikimedia Commons

“[Woodson] believed that Negro History Week should be the culmination of a year of study in the schools about various aspects of the black past,” Scott said. “So rather than being just one week of the year, the study of the black past would be part of the parcel of the study of history itself.”

Scott said he’s heard many young black people echo the concerns Guiliano and Newton had about a streamlining of African-American history.

“Woodson would agree with them 100 percent,” Scott said. “In effect, one could say there’s much to be done yet, and that we have not been true to the vision that Carter G. Woodson had.”

“We complain about people only knowing about Martin Luther King and Harriet Tubman, the same five people,” Scott continued. “I daresay the average American doesn’t know who James Madison is, the father of the Constitution.”

“Yes, we respect our history and it’s so important to us, but we are trying to take that history and better connect it to who we are now, and further connect it to where we want to go in the future.” — Arielle Newton
Scott calls the demand for more comprehensive African-American history education from the black community the hope for American history, because Black History Month is the only systematic celebration of history we see in the U.S. He says that’s what spurred the growth and evolution of Black History Month.

“There’s this thirst for history that exists in the African-American community that has no true counterpart in the mainstream culture,” he said. “We are now almost officially the keepers of the American memory because nobody else wants to remember.”

For Scott, there’s a real danger in allowing the state of American history education to deteriorate. “Americans are mis-educated. They don’t know themselves, they don’t know what they’ve built, and therefore it can so easily be taken away from them,” he said.

The Future of Black History

While black youth may have critiques about the current state of Black History Month, there is no shortage of ideas and efforts to change the way we celebrate it in the future.

“Nowadays, more and more of us are able to discuss people of various sexualities, gender identities, mental and physical disabilities, cultures, and races, and how these differences have led to their experiences of discrimination and racism in America,” she wrote in her column. “We are becoming more aware of what we need to work on.”

Newton is excited about a renewed dialogue centering on black history, because it’s an opportunity to connect injustices of the past to those black Americans face today. “Yes, we respect our history and it’s so important to us, but we are trying to take that history and better connect it to who we are now, and further connect it to where we want to go in the future.”

The call for more comprehensive black history education from a new generation may very well be what saves history education in the U.S., as professor Scott suggests. Guiliano says the dialogue on social media has been a learning experience for everyone.

“It’s a collective learning initiative,” he said. “While I’ve been educating people, I’ve also been learning from others because they’ve been sending me names I’ve never heard before, which is an awesome experience.”

Left: Justin Giuliano, seen here talking to a Ferguson, Missouri, police officer, is the founder of a hashtag celebrating lesser known African-American historical figures. “I think it’s damaging when you don’t learn about your history,” he said.