Accounting fraud is business as usual at the Pentagon, Reuters reports 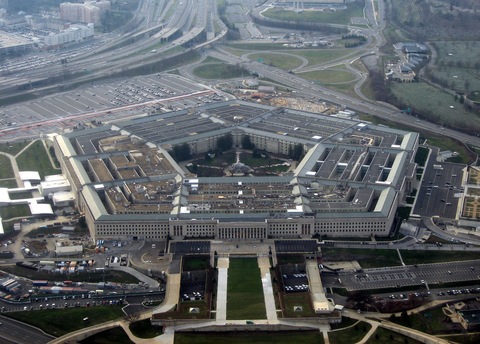 The 2013 budget for the Defense Department after sequestration is $565.8 billion. A new Reuters investigation says, however, there is no way to account for how much of that money is spent as appropriated.

In a two-part investigation, reporters Scot J. Paltrow and Kelly Carr uncovered a widespread practice of “plugging in” lost or missing accounting numbers in an effort to match Pentagon spending to Treasury reports. The practice essentially institutionalized accounting fraud across the Navy, Army, Air Force and other defense agencies. According to Reuters, the Pentagon has spent 8.5 trillion dollars since 1996, without ever completing a required annual audit.

“In a May 2011 speech, then-Secretary of Defense Robert Gates defense Robert Gates described the Pentagon’s business operations as “an amalgam of fiefdoms without centralized mechanisms to allocate resources, track expenditures, and measure results. … My staff and I learned that it was nearly impossible to get accurate information and answers to questions such as ‘How much money did you spend’ and ‘How many people do you have?'”

Furthermore, Reuters found that disorganization in the Defense Logistics Agency, which is responsible for buying and storing weapons, ammunition and many other supplies, caused repeated expenditure on supplies it already possessed. The report uses an example from 2008, where the DLA had 15,000 “vehicular control arms” (part of the front suspension of a military Humvee) in stock. Although the quantity was equal to a 14-year supply, the agency reportedly bought 7,437 more of these parts between 2010 and 2012.

The Pentagon has not responded to the report, which comes as the second in a series titled “Unaccountable: The High Cost of the Pentagon’s bad bookkeeping”. After the release of the first report in July, Sen. Tom Carper, Chairman of the Senate Committee on Homeland Security and Governmental Affairs, said that he would examine the issue of Pentagon payroll problems in a hearing later this year.