NORTH TOPSAIL BEACH, N.C. — Richard Barnett spent his week boarding up the windows of million-dollar homes perched precariously at the northern tip of Topsail Island, a narrow spit of North Carolina ringed with sandbags to offer some armor against the pounding surf.
A local handyman, he knew some of those houses might not be there next week.

“When Fran came, it tore all these houses apart,” Barnett said, referring to the 1996 hurricane that ravaged the area. “I think Florence is going to take all of them out.”

But even if they manage to survive the storm, these teetering structures are still doomed. It’s only a matter of time. The low-lying barrier islands hugging the Carolinas coast are experiencing some of the fastest rates of sea level rise in the world, nearly an inch a year.

That rate is expected to accelerate as the oceans warm, sea water expands, currents weaken and polar ice sheets melt. By the end of this century, the National Oceanic and Atmospheric Administration projects the ocean will rise more than 6 feet , enough to wash over wide sections of Topsail and other coastal islands with each high tide.

Worried that such dire warnings were bad for business, coastal developers successfully lobbied North Carolina’s Republican-controlled legislature to pass a law in 2012 requiring state scientists and regulators to consider the “full range” of other possible hypotheses, including those pushed by climate-change skeptics who claim sea levels might remain flat, or even fall.

The law requires officials to look at the “spectrum of data out there, not just the data that suggest the sea level might rise” then-GOP state Sen. David Rouzer, a primary sponsor of the law, declared at the time. He is now a member of Congress.

As a result, state projections for future sea level rise are more modest than the mainstream. Billions continue to be invested in homes and condos on low-lying land that will probably be inundated. Bridges and roads are being built too low. 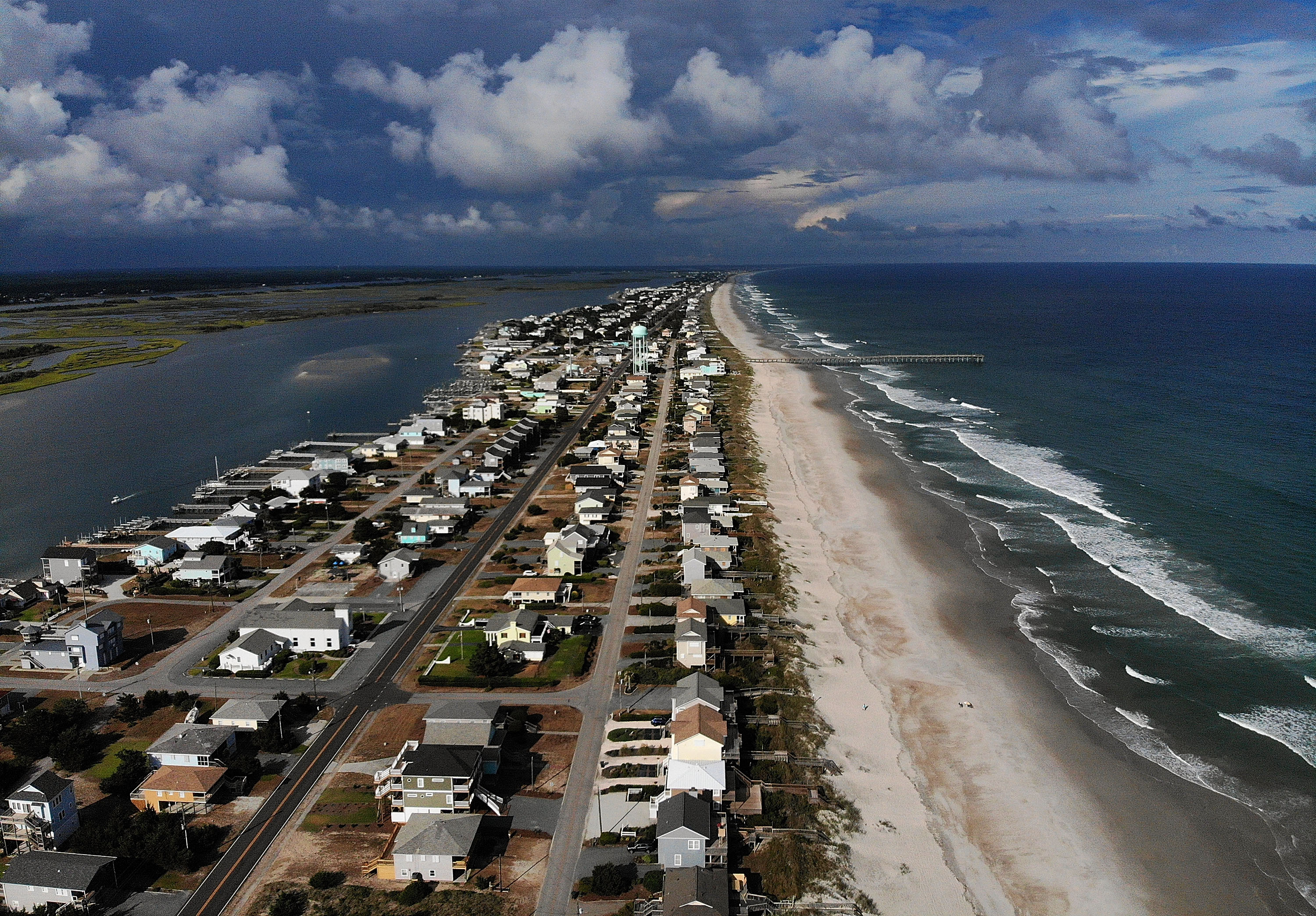 Michael Mann, a climate scientist at Pennsylvania State University, said the politicians behind the North Carolina law are placing their constituents in harm’s way.

“Ignoring the threat posed by climate change, which includes both sea level rise and intensified hurricanes, in coastal development will lead to unnecessary death and destruction,” Mann said Wednesday. “Nothing good can possibly come of politicians favoring politics over precaution.”

Across the state line, South Carolina’s coastal development boom also appears little deterred by rising seas. Huge apartment and condo buildings have sprung up in recent years in some of the state’s lowest-lying areas.

While a few inches of sea level rise per decade might not sound dramatic, higher seas mean higher storm surges. When Hurricane Sandy hit in 2012, a study found sea-level rise over the 20th century caused more than $2 billion in additional damage in New York City due to the “extra” storm surge it generated.

Taxpayers are likely to be left holding much of the bill. Coastal property owners in low-lying areas typically rely on federal flood insurance since many private insurers have pulled out of the market. The Federal Emergency Management Agency, which oversees the program, requires most homeowners with mortgages living in flood-prone areas to buy coverage.

In North and South Carolina, more than $87 billion in private property is covered by federal flood insurance. Over the last 40 years, the taxpayer-backed program has forked out nearly $1.5 billion to cover flood claims in just two dozen counties lining the coast of the two states.

Orrin H. Pilkey, a professor emeritus of geology at Duke University who was among the first to sound the alarm about sea level rise, said the time has come for people to start retreating from the shorelines.

“I think this storm will be a lesson that we don’t really belong on the Outer Banks, especially the beach front,” Pilkey said earlier this week as Florence approached. “Sea-level rise is going to make these hurricanes worse and worse. What I’d like to see us do is not rebuild buildings that have been destroyed.”

In Wrightsville Beach, located on another North Carolina barrier island, Michelle Stober spent Tuesday stuffing valuables into her car for the drive inland to her primary residence in the Raleigh suburbs. She said she and her husband bought their vacation house late last year and just finished remodeling it in April.

The island is on average just 7 feet above sea level. Florence is expected to generate a storm surge as high as 13 feet.

She said the property, which stands atop stilts, is fully insured through the federal flood insurance program, though the couple hadn’t yet considered whether they will rebuild if Florence, or some future storm, wipes it away.

“I’m a beach girl,” she said. “I just need to be near the water. Our view is one of the best on the island. Our sunset here is like no other.”
___
Associated Press investigative reporter Michael Biesecker reported from Washington. AP writers Ben Finley in Norfolk, Virginia; Gary D. Robertson in Raleigh, North Carolina; Meg Kinnard in Columbia, South Carolina; Meghan Hoyer and Bernard Condon in Washington contributed to this story.

Left: Houses are seen near high tide on September 11, 2018 in on Topsail Island, North Carolina, where many homes, already battling flooding and beach erosion, aren't sure what to expect with the impending arrival of Hurricane Florence. Photo by Logan Cyrus/AFP/Getty Images.