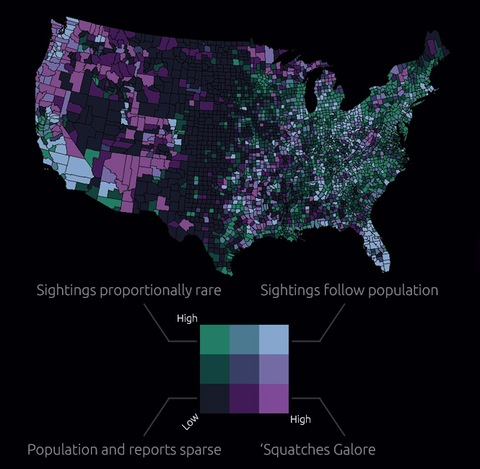 The large, hairy, humanoid creature that supposedly lurks in the Pacific Northwest of Canada and the United States has been spotted. Apparently, it’s been spotted more than 3,000 times.

“You would expect sightings to be the most frequent in areas where there are a lot of people,” Stevens wrote about the project. “The desire to find, or think you saw, bigfoot might be especially high if you’ve heard tales of giant, ape-like creatures calling the place you’re in home. A combination of environment and legend likely combine to at least put wary outdoorsmen on the lookout.”