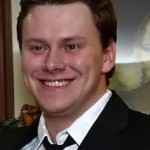 Recently, chilling videos surfaced online of young University of Oklahoma students, members of the Sigma Alpha Epsilon fraternity, reciting a racially-charged chant. The story appeared surprising for numerous reasons. Among them, education is supposed to reduce racial resentment (or at least temper outward expressions of it), and young people, known as Millennials, are supposed to be uniquely tolerant. The incident offers an opportunity to reevaluate how we think about racism in America, and how we can fight it.

The pervasive narrative about racial change is that it occurs through generations — old racists die out, and new, young, progressive people take their place. This narrative is dubious. Age tells us far less about an individual’s likelihood of expressing racist sentiments than factors like education, geography and race. The data below visualize the percentage of whites in each age group espousing the explicitly racist idea that blacks are not hardworking or intelligent, as well as the percentage who say that blacks face little or no discrimination. Finally, I include the percentage of whites in each age group who say they have “never” felt admiration for blacks. The youngest whites (17-34) are only modestly less likely than the oldest (65+) to say that blacks are lazy (3.6 point difference) or unintelligent (1.5 point difference), but they are also less likely to perceive discrimination against blacks (6.3 point difference) and far less likely to say that have felt admiration for blacks. Compared to the generation immediately before them (white aged 35-49) the youngest whites are slightly more likely to say blacks are lazy (2.4 points) and unintelligent (4.3). In sum, it’s clear that age has little effect on the likelihood that whites hold racially-biased feelings about blacks. 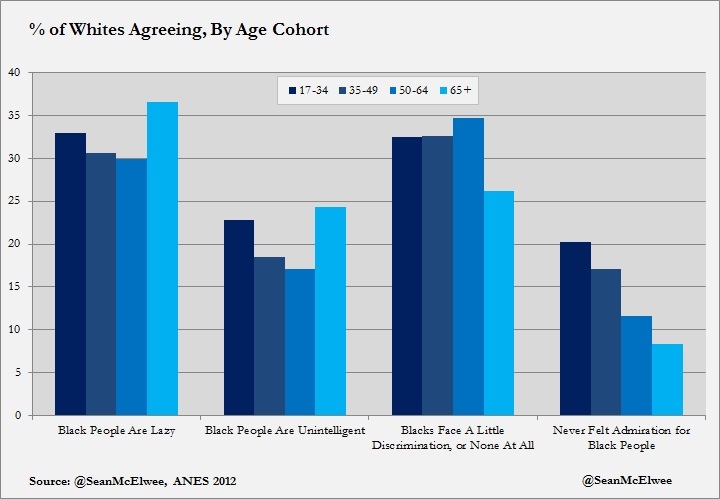 It’s possible that these attitudes are simply driven by an individual’s pessimism. Maybe they feel that all people, white and black, are unintelligent. But this does not exculpate young whites. Spencer Piston, a professor at the Campbell Institute at Syracuse University, examined how young whites ranked the intelligence and work ethic of whites to blacks. He finds that 51 percent of whites between the ages of 17 and 34 rate blacks as lazier than whites, and 43 percent say blacks are less intelligent. These numbers aren’t statistically different from older whites. On issues related to structural racism, it is incredibly clear that young whites aren’t very different from their parents. Indeed, the most significant change that has occurred is an increasing conservatism among young blacks. The data show that most young Americans are racial conservatives – they believe, in the words of Chief Justice John Roberts, “The way to stop discrimination on the basis of race is to stop discriminating on the basis of race.” We might call them the Bill O’Reilly Generation. 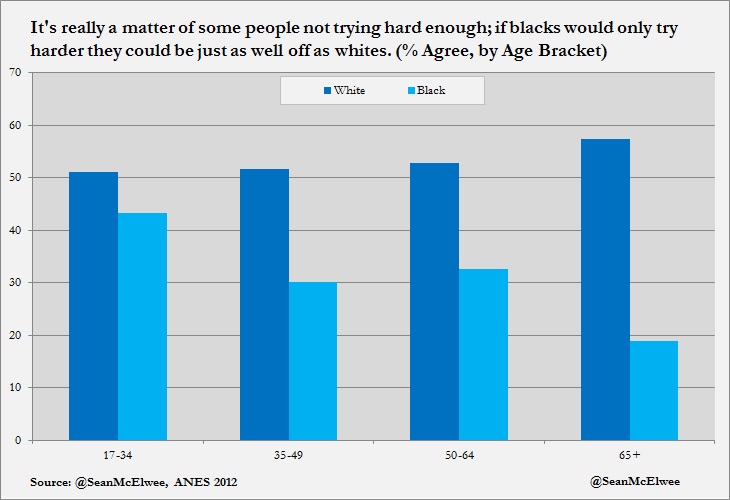 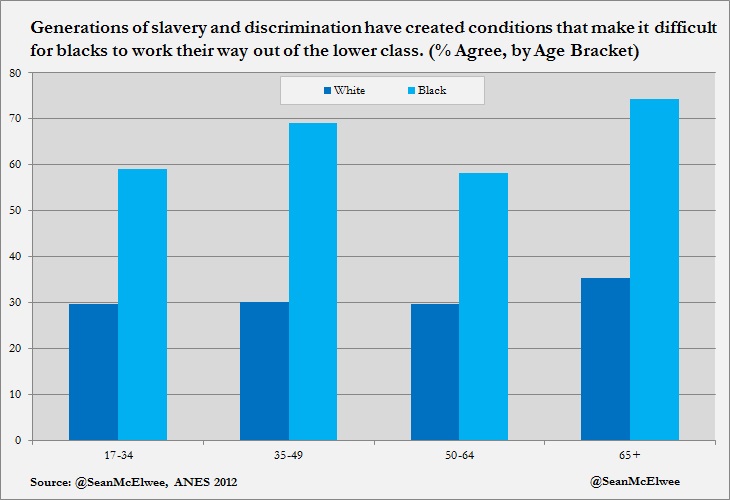 One of the underlying problems is that most Americans, but particularly Millennials, have a very confined view of what racism is. Americans think of racism as Bull Connor or the Ku Klux Klan, but today, racism is far more likely to be embedded in institutions. Modern racism isn’t cross-burning (though that still happens.) It’s the Texas Department of Housing and Community Affairs only approving tax credits for housing in neighborhoods that are majority people of color and denying the credits in neighborhoods that are majority white (a case the Supreme Court will take up this year). And while the Ferguson Police Department certainly contained racists, the more pervasive problem was a systematically discriminatory method of policing that preyed on people of color.

Age tells us far less about an individual’s likelihood of expressing racist sentiments than factors like education, geography and race.

It is beyond dispute that the United States contains deep structural racial issues. These racial disparities are perpetuated not only through explicit discrimination, but through the power of history. For instance, black and Latino children are far more likely to grow up in poor neighborhoods, stinting upward mobility. Black and Latino men are disproportionately caught up in mass incarceration, which affects their families and their earning for a lifetime. A new report by Demos and Brandeis University finds that equalizing college graduation rates between whites and people of color would close the wealth gap by 1 percent for blacks and 3 percent for Latinos. A recent study helps explain why: Michael Gaddis finds blacks who graduated from elite universities have the same chance in the job market as whites who graduated from less selective schools. In addition, black graduates are offered lower starting salary and less prestigious starting jobs.

The reaction to the SAE scandal, and numerous other events over the past few years (Donald Sterling and Paula Deen, for example) suggest that our society can accurately identify and shame explicit racial animosity. But addressing the structural racism that plagues our society will be far more difficult, mainly because most Americans aren’t attuned to it. Even progress can entrench structural racism. In the wake of President Obama’s election, political scientists Nicholas Valentino and Ted Brader found that Americans, particularly young Americans and white Americans, were less likely to perceive racial discrimination than they were before. Further, University of Michigan professor Vincent Hutchings found that “blacks and whites remain as far apart on racial policy matters in 2008 as in 1988.”

In the long term, Americans need to grapple with our history and how it continues to affect us today. Matthew Blackwell, Avidit Acharya and Maya Sen find that whites in areas with a high concentration of slavery are to this day more likely to espouse racially biased attitudes. Therefore, waiting for a mass opinion change may take decades (if it occurs at all). Similarly, waiting for old whites to die out won’t solve the problem, as these attitudes are equally prevalent among youth. Demographic change may lead to a more diverse nation, but this will take half a century, and white hegemony has a way of shifting to accommodate new realities. Racial justice must include more deeply integrating our neighborhoods to give everyone equal opportunity. In addition, such integration will decrease racial animosity. Mass incarceration and racially-biased policing tactics must be ended immediately. The need to close the funding gap between majority white schools and schools that are majority students of color, as well as the gap between rich schools and poor schools should be immediately obvious. A baby bond program could ease not just the racial wealth gap, but the deep-class divide in asset ownership. And any racial justice policy must include full employment. These programs need not be framed as part of a racial justice agenda. Rather, they are part of an opportunity agenda, for all Americans, white, Black or Latino.

Correction: An earlier version of this post misidentified the research of University of Michigan professor Vincent Hutchings. Hutchings found that blacks and whites remained as far apart on racial policy matters in 2008 as they did in 1988. Political scientists Nicholas Valentino and Ted Brader’s research showed that Americans were less likely to perceive racial discrimination after President Obama was elected than they were before.

Sean McElwee is a research associate at Demos. He lives in New York City.