Update Thursday, May 14, 2:06 p.m. EDT | Investigators into Tuesday’s fatal Amtrak train derailment say the crash was avoidable, and Amtrak’s president said the railroad will complete installation of technology that could prevent similar accidents in the future.

By the end of this year, Amtrak President Joseph Boardman said the national passenger rail service would fully update the heavily traveled Northeast corridor with positive train control technology. This update uses GPS, wireless radio signals and computer systems to track where a train is and how fast it is going. For example, if a train is going too fast, the system automatically triggers the brake, reducing the chances of a derailment or accident, the Associated Press reported.

Nutter also said all the riders and crew members, 243 in total, have been accounted for. Authorities have only identified six of the eight victims, the Associated Press reported.

Update Wednesday, May 13, 2:50 p.m. EDT | The National Transportation Safety Board said the Amtrak train that derailed in Philadelphia Tuesday, killing at least seven, was traveling 106 mph as it approached a curve in a section of the Northeast Corridor. The speed limit for that stretch of track is 50 mph.

Robert Sumwalt of the NTSB told a news conference today that the train’s engineer applied the emergency brakes and managed to slow the train to only 102 mph just before it crashed.

The train was traveling from Washington, D.C., to New York when it derailed at an area of track known as as Frankford Junction.

According to the Associated Press, the train engineer, whose name was not released, refused to give a statement to police about Tuesday’s crash. 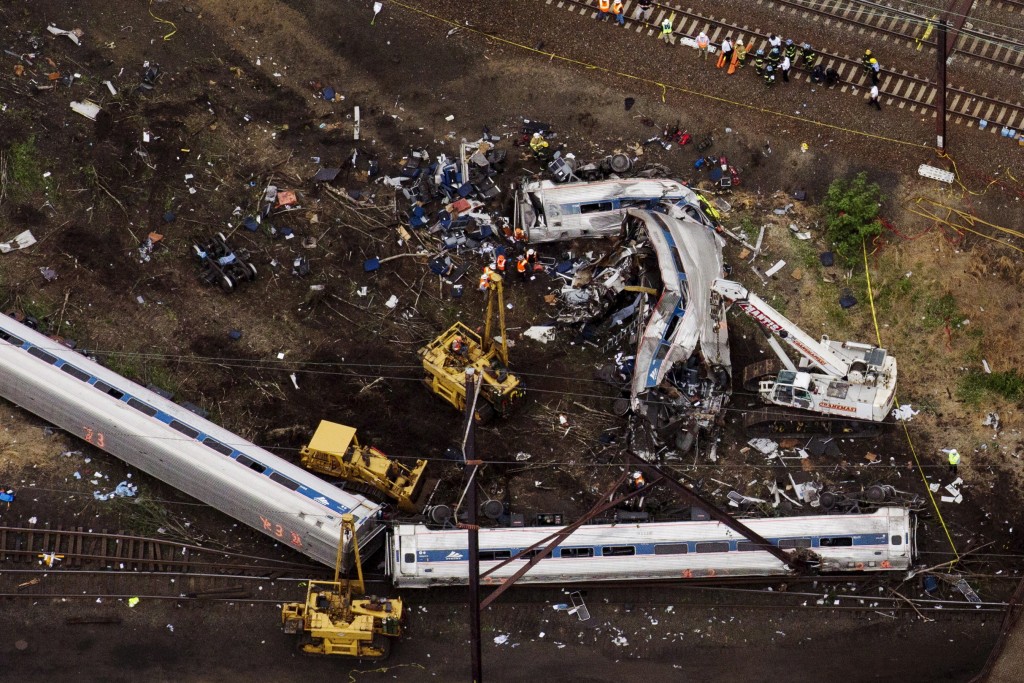 Rescue workers sift through twisted metal and debris from Amtrak train 188 that derailed in Philadelphia Tuesday. Photo by Lucas Jackson/Reuters

Federal investigators from the National Transportation Safety Board and the Federal Railroad Administration are on the scene. NTSB board member Robert Sumwalt said in a news conference Wednesday morning that event recorders on the train have been recovered and the data is being downloaded. These devices record everything from train speed, break applications, throttle applications, and the horn and bell, he said.

Sumwalt called the scene “devastating.” In the same news conference, which you can watch above, Philadelphia Mayor Michal Nutter said the train conductor was injured and receiving medical treatment.

Amtrak Northeast Regional Train 188 was carrying 238 commuters and five crew members when it derailed in the Port Richmond neighborhood of Philadelphia around 9:30 p.m. EDT. 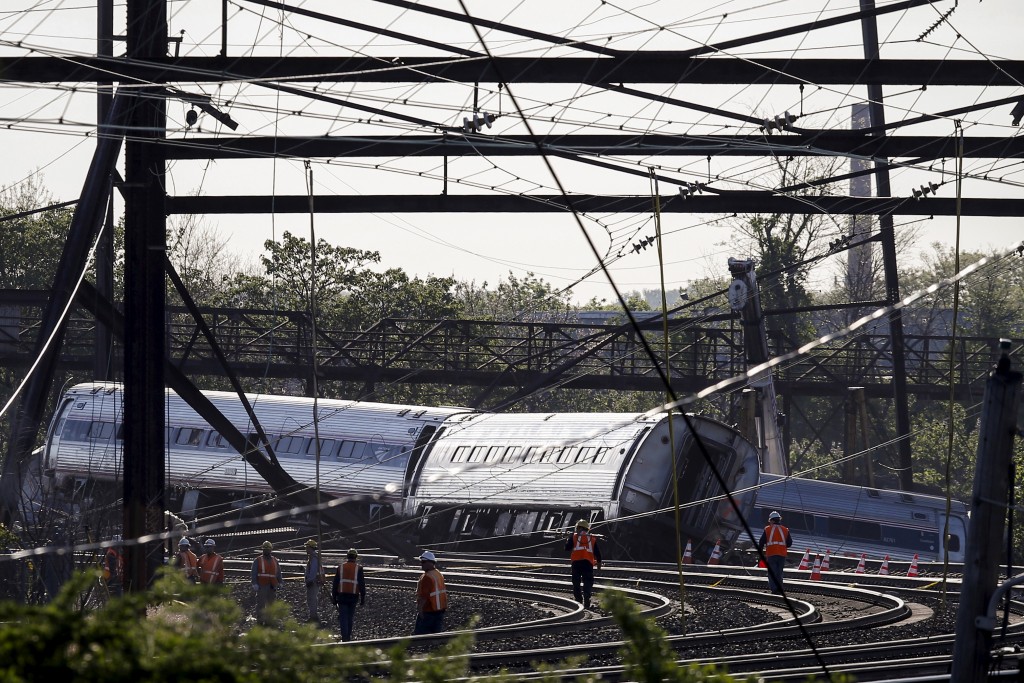 Officials survey the site of a derailed Amtrak train in Philadelphia Wednesday morning. The accident left rail cars mangled, ripped open and strewn upside down in the city’s Port Richmond neighborhood along the Delaware River. Photo by Mike Segar/Reuters

According to Philly.com, Frankford Junction is normally under a speed restriction, and so determining the speed of Train 188 at the time of the accident will be part of the investigation. Follow Philly.com’s live updates. 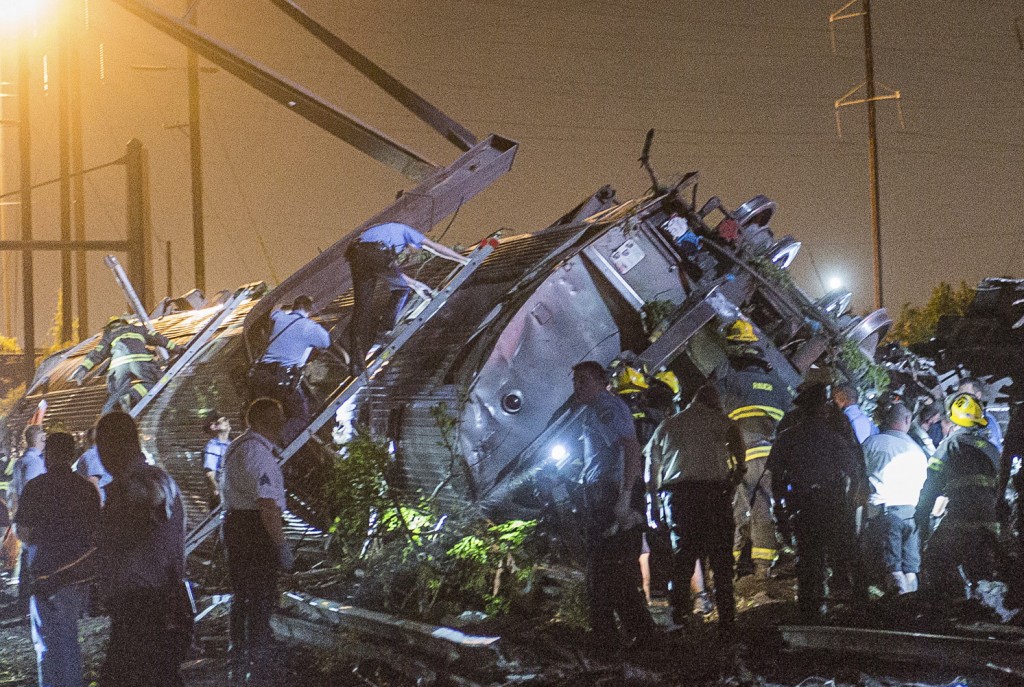 Rescue workers search for victims in the wreckage of a derailed Amtrak train in Philadelphia Tuesday night. A passenger train with more than 200 on board derailed in north Philadelphia on Tuesday night, killing at least six people and injuring more than 100, several of them critically, authorities said. Photo by Bryan Woolston/Reuters

According to the data from the Federal Railroad Administration, 213 passengers died in train-related accidents in the U.S. in the last 25 years, not including Tuesday’s crash.

PBS NewsHour will continue to update this post throught the day.

Left: Rescue workers searched through the debris on Wednesday for more victims of an Amtrak passenger train wreck in Philadelphia that killed eight people and injured scores of others. Photo by Mike Segar/Reuters