Are the Earth’s poles about to flip? 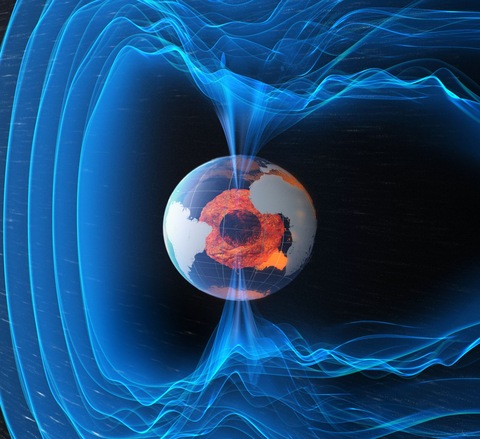 Three European satellites launched Friday on a mission to study why the magnetic field surrounding Earth appears to be weakening.

The four-year study by the European Space Agency will collect data and map the field, which protects the planet (and us) from solar radiation. Scientists say the field’s strength has weakened by about 15 percent in the last 200 years.

Researchers say that the weakening could be a sign of “polarity reversal” — when the field flips end-to-end, turning north into south. The phenomenon occurs every 200,000 to 300,000 years. But the last time the field flipped was almost 800,000 years ago.

The magnetic field is believed to be generated by the Earth’s molten iron core. The field reaches thousands of miles into space and creates a bubble around the earth. It’s what makes compasses work, and aids everything from navigation systems to animal migrations.